None can deny the importance of the World Cup. FIFA World Cup is the biggest international competition for football in the world. Football is the most popular sport that attracts many people to watch the matches either on TV or in stadiums. In stadiums, thousands of people gather in order to see the players and teams they love while they are playing.

The problems of most of the matches is the audience that bring fireworks with them in order to celebrate when their teams make victories. These fireworks can cause fires in stadiums and in case of any fire in stadiums, hundreds or maybe thousands of people would die. The matter is very dangerous and catastrophic that a gathering of people eye watch a fire in a stadium. Thus, there should be many procedures to prevent fires before they happen, to react during cases of fire and to present the first aid to the afflicted people. Fire safety is very important and essential in all places, especially the places that are very crowded like schools, universities, hospitals and stadiums. Fire safety includes many things like the ventilation, fire extinguishers, ambulances and first aid tools.

Qatar has made a big leap in the preparation for FIFA World Cup 2022. The country has established many stadiums, hotels, road and facilities in order to make the championship look professional. For the stadiums, the designing of stadiums and the arena was made in a shape that would protect from any fires. Fire protection engineers has designed many emergency exits in order to let people exit the place in cases of fires. The arena place was also designed in a wide space in order to not let fires spread quickly when they happen. All the entrances and exits should be very large in order to suit the big number of people that get into stadiums.
It is known that fires spread in narrow places quicker than wide places. Moreover, the assembly setting modelling is very unique. Under each number of seats, there should be smoke detectors to be activated in cases of fires. There also should be many fire extinguishers in all the areas of stadiums. At each fire extinguishers, the instruction of usage are written to tell the person how to use it. In addition, there should be many big screens that shows the best procedures of dealing with firs to be shown before the matches. These instructions can include the places of exits, the places of fire extinguishers and the role of the wind at fire cases. When people know the procedures of fire and safety, their reactions towards fires would be very wise.

Staffing also play a very important role in fire cases. All the workers in the stadiums should know fire safety procedures by heart and soul. That is because these workers would be the front line people to deal with fires. If the stadium workers do not knot the procedures of fire extinguishing, they would not deal with fires and many people would die. This knowledge comes from giving them course in fire protection and safety. The people that are responsible for the competition in Qatar should consider this and they should qualify stadium workers to deal with fires in case that they happen.
There also should be fire engineers and many doctors in all the stadiums in order to offer first aid to people when fires happen. All these means would reduce any loses that would happen because of fires. The audience also plays a vital role in fire safety. Smoking should be banned in stadiums because they could cause fires. People should be checked at the gates by police and security to make sure that they do not have any lighters. Moreover, there should be tough restrictions on fire works because they are the major cause of fires in stadiums.

The response to fires should be fast and quick. That is to say, the government and civil defence authority should be very attentive to deal with fires as fast as they can to protect the lives of protect people. The number of ambulances should be enough in all stadiums. There also should vacant places for emergency cases in hospitals. This is to make sure that any injured person receive a fast medical treatment. The Qatari government can also use helicopters for fire extinguishing when they happen. This would be faster and more effective.

To sum up, 2022 FIFA World Cup that would be held in Qatar is a big championship that would attract people from all over the world to Qatar. This football championship would increase tourism in the country. This championship requires the state and all the officials to protect people from hazards. Fires are among these big hazards that requires big safety procedures. These procedures should be applied before, during and after fires. 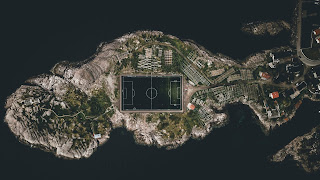