What Is Film Music Function?

Affecting the feelings of people is not an easy thing. To make someone cry, laugh, hope something or has a feeling of sorrow requires a very big effort. Music is the only instrument that can arouse these feelings in a very short time. Music has been used and it is still used for this objective. It can change the view of people towards any movie or any event in which music is used. Without music, the films would become a very normal speech without any benefit. The musical aesthetics serve as the hero of the film that makes the audiences understand the meaning of the film as well as it strengthens the dramatic and emotional values of the film. Therefore, there are many aspects that music aesthetics play a significant role when it interferes in. Music has many benefits and aesthetics like adding reality to movies, filling background with a sense of continuity and having many implications.

Music can make the atmosphere of the film more reliable in time and place. This occurs when the composer imagines the location of the film and the scenes that consist of drama, happy, domestic, war, and history, and starts to create the music that suits the situation. Therefore, the music has a great impact on the events of the film as it provides the film with reliability that makes the audience interact with it. Yet, the composer should choose the best piece of music to suit the actions in the film. The music of the films can give it the naturalism it needs (Prendergast, 2013, P.12). Music can reveal the dialogue of the unspoken character or the unseen implications of the situation.
Moreover, music can also play as a main character in the film. Some movies contain scenes that address the feelings of the actor and not the action itself. Through these scenes, music plays its role by revealing the feelings of the character through sounds and audio effects, which make the audience, prefer these scenes to the scenes, which contain speaking dialogues.

2- Being a Neutral Background Filler:

Music can play as a kind of neutral background filler. This kind of music appears in the film, when there is an empty spot between pauses in a conversation. This is also the hardest way for the composer, because he should fill this emptiness with suitable music that makes the audience does not pay attention to this pause in a conversation. Music can build a sense of continuity in a film. Music can merge two different scenes together. Therefore, it also plays an essential function in the montage.
In the montage of the scenes, the music is the only sort that can merge two different scenes together to make them as a one scene. Therefore, without music the montage can become merely chaotic. The music that fills the background should be without any music (BELL, 2010, P.10). That has many reasons and the first reason is that the music with sounds distracts the attention of the audience towards the events. The second reason is that every instrument has a feeling that it can arouse like the fast drums that can arouse anxiety and the calm violin or guitar which are very romantic.

Music has many implications on the listeners. Music is the technique that addresses the feelings and emotions of the audience. It has a great impacts on the listeners by recognizing from the music if the scene is romantic or dramatic or horror or even historical. It also has the ability to shift the audience from one mood to another through listening to it. Therefore, no one can imagine a movie without its musical effects on its background. Yet, the music also can build a movie without any conversational dialogue and the audience can accept this kind of technique in a movie.
Music can provide the foundation for the theatrical accumulation of a scene and then round it off with a sense of finality. Music plays an important role in creating and addressing the feelings and emotions of the character as well as the audience. According to Pawlowski (2014, P. 9) Music has a dramatic effect on the audience emotions. Hence, it helps in building the sorts of drama in a scene to a better degree than any of the other cinematic arts. Further, it evokes a tremendous reaction unavailable in any other technique. Finally, it is the last effective usage of the music in the films.

To sum up, the music has many implications and effects. It can amazingly affect the listeners. That is to say, it is very essential to any film. It can arouse all the human feelings like fear, love, hope, excitement and awareness. The importance of this music is that it can reveal some of the events that will happen. Through the music, one can predict the events of the feelings that the events would reveal. The wrong usage of the soundtrack can make a funny scene. That is to say using a funny music in a very serious scene or using a serious and sharp music in a love scene. 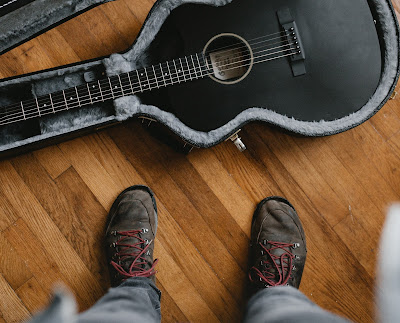