the setting of this novel changes many time during the journey of Huck and Jim however, the main setting of the novel occurs before the civil war from 1835 to 1845, in the Mississippi River town of St. Petersburg, Missouri. However, the various locations where Jim and Huck passes through them are along the river through Arkansas.

He is the protagonist of The Adventures of Huckleberry Finn. Huck is a middle class boy who has a drunken father that disappears for months. Huck was a dirty and homeless boy who treated badly from his father, the reason that let him escape to be independence. However, he escapes from the widow Douglas who tries to reform him but in vain.

He is Huck’s companion in his journey. He is a slave who escapes from his mistress after he knows that she is going to abandoned him and sell him to a plantation where he will treat badly. Jim is the reflection of his friend Huck as they both escape from violence that occurs upon them from others. He is a married man who afraid to lose them.

Huckleberry Finn is the second part of the adventures of Tom Sawyer as it completes the story. "Huckleberry Finn" story tells the adventures of the protagonist Huck. It shows how he escape from the brutality of his drunken father who always bitten him to search for his freedom away from the town. Through his journey, he meets a slave called Jim who too escape from the brutality of the society over him after the abandonment of his mistress for him.

Throughout the novel, both Hack and Jim confronts many dangers and different people and try to pass all these hard times to achieve their freedom. The story with a 13 year old boy called Huck Finn. This boy was living in the period of a Missouri civil war, which destroyed everything especially in St Petersburg were the hero was living. The hero who was Huck Finn was having a good and close friend to him who was called Thomas. The two friends was having money because of many old adventures they had together.

Huck was living in the home of Douglas and Waston. These two sisters were making many great efforts to create a better boy from Huck Finn through teaching him to socialize with people and to behave in a good manner. In spite of all the exerted efforts with Huck Finn to be a better person, the boy refused them all and like to live without any restrictions..

Adventures of Huck and Thomas:

Huck was loving to make adventures with his friend Thomas and this brought them good amounts of money. When his father, Finn, knows that, he locks the boy in a cabin in order to prevent him from any adventures. Huck’s father was a spoiled man who was always drunk and this made him hit his son. The boy did not love this constraining live and he decided to leave Missouri and go to live in an island called Jackson’s Island. Before leaving, the boy acted as if he was dead through putting much blood in the cabin.

The boy was introduced to a new life and he met another slave called Jim, who was the old slave of lady Waston. Jim and Huck liked the life together and they tried to disguise in order to be not discovered by parents. The two were hiding in the day and were making their adventures. As a lover of freedom, the boy left to Illinois especially in Cairo in order to free all the rest of the slaved persons. After a while, Jim becomes the best friend of Huck. Afterwards, Huck decides to back to his old town in order to know what happened in it after leaving it. The boy disguised as a girl and he has knew that Pap and Jim were both accused of his death after pretending that he had been killed before leaving the town in the first time. After arriving to Kentucky.

Unfortunately, flood happens in the Mississippi. After the flood, Jim and Huck found many dead persons. When people starts to know the news that Jim was in the island, Huck decides to leave it. The two boys meet many other slaves. Jim and Huck leaves to live in Kentucky. The boy becomes a friend of another boy called Buck Grangerford. A big Feud happens in the place happens and this caused the murder of many people. In this while, Jim is sold to a person called Silas Phelps. Huck decides to free his friend. Tom tells him that Miss Waston had freed Jim. Finally, the father of Huck dies and the boys could return to live in the town safely.

There are three themes that dominate the scene of "Huckleberry Finn" story. They represent in first the theme of racism and slavery that played by the two main character of Hack who represents the whites and Jim the black slave who represents the blacks. Second the theme of intellectual and moral education which represented by the poor un educated Huck who rejects to follow the social morals of his society as he treated badly by it and never see something good from it. Huck’s best friend, Tom who always like to follow the rules to preserve the morals of his society as he raised in a comfort life conditions and received a good amount of education unlike Huck, represents moral Education. The third theme represents in the hypocrisy of civilized society, which appears at the end of the novel when Huck decides to direct to the west in order to further “sivilizing”. He also mocks the idea of the civilized society.

It is one of the excited novels that one can read in his or her life. It is full of many lessons that reveals the life conditions of the people in the novel’s time. In offers many themes that reveal the violence of the whites over the blacks and rises the theme of racism at that time. Moreover, it shows the inequality of the society at that time for the poor people’s right to receive better life condition, however, on the other hand, both who follow the rules of the society and apply its morals, they have a better life conditions including well education and well place to live in. This also shows that the society refuses to make people free as slaves. It is a good story that contains an easy way that addresses people in different ages and level of education. 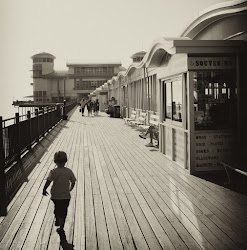