Sainsbury is a new grocery store chain that sells its product with lower prices than the other grocery stores. For that, consumers always direct to this chain because they always find what they need and at low prices, even competitors buy products and goods from Sainsbury’s retail outlets. Its headquarter is in the UK and it is not specialized only in food production, but also works in financial services and real estate (Sebora et al., 2014, p. 1 – 27). The first target for Sainsbury is to be “first for food”. The chain store of Sainsbury wants to offer good quality of products and delivering good service all at competitive prices. Its main target is to meet its consumers’ needs and to provide shareholders with great returns.

Analysis of the External Environment:

The Egyptian market offers considerable potential for the consumers. However, 65 million people live in very concentrated areas. There is a small, but largely unexploited domestic food market, where supermarkets exploit only a 5 per cent share. In Egypt, a supermarket that offers groceries, meats and chickens is still quite unusual in the 1990s. This is because people are used to go to traditional channels such as small grocery stores, butcher shops and bakeries located close to their houses where they can negotiate prices with the sellers whom they know personally.
Moreover, the retail market in Egypt has a level shape. This appeared a few small-scale, which privately had several operations competing for wealthy customers. These groups consist of three to four branded outlets, sell imported food products, and offer a wide range of good services including home delivery. The second groups consist of less luxurious stores with a competed price and services. Finally the lower groups of stores, which provide not bad goods and services for the poor level of people.
Furthermore, the Egyptian consumers become aware of quality and variety. They always expect cleanliness, product range, ease of service and a responsive staff. After the notion that women should go to work for earning money, the consumption of prepared food start to be the solution for each woman want to make a food for her family. This is due to the lack of time and the increase of her responsibilities (Bhatti et al., 2014, P.1-14).

Analysis of the Internal Environment:

Sainsbury’s strategies to success in Egypt and be a famous brand are a lot. Changing the habit of buying goods according to consumers is a major challenge. Sainsbury successes in this challenge through the store design which is made in a simple form that attracts the consumers to buy from it. Another problem that faces the store is the guarantee that the meat is fresh and healthy. As a solution for this problem, adjustments and different product positioning are helpful in overcoming this problem. The location of any store is the main determinant for any bestselling for specific goods.
Moreover, a further problem with customs' officials meant only non-perishable items could be imported. From the strategies of Sainsbury, the distribution channels are only through large stores located in key areas. It focuses on the large stores in highly populated areas where potential customers have medium purchasing power. Sainsbury main aim is to provide the best prices in the market. A number of strategies are used to reduce the costs and improve margins. Sainsbury uses 130 key value items (KVIs) in order to attract the consumers. This KVIs are usually the items that give consumers a feeling about the whole store according to its prices and services. According to this strategy of KVIs one of the most successful stores has daily sales of over 500,000 LE as a result of using such a strategy.
The internal environment of Sainsbury according to its staff is highly significant. Sainsbury transfers about 64 expatriates from the headquarters to join the new branches in Egypt. The store group offers to them a family relocation allowances, luxurious cars and apartments. Moreover, their salaries at first was high and enough. Their main tasks is to develop and train the personnel required to run the stores. Furthermore, the company started to hire professionals and new graduates with limited experience to tailor the new hires to fit Sainsbury strategy and culture. (Tsaih et al, 2014, P. 1-24).

Joint venture is the union of two or more parties for specific reasons (Farlex, 2003. P.1).In 1997 there is a new established group named Edge retail group. It is created by El Nasharty Group. These Egyptian owners want to expand the Edge chain by adopting an international business standards and attracting foreign investors to fund these expansions. One-disadvantage faces the Edge group is Edge’s relatively weak brand name. In March 1999, this disadvantage leads the Edge group to make an agreement with J Sainsbury’s PLC to form a joint venture. At first Sainsbury owns about 25.1 per cent of Edge interest. After that, all the new stores’ openings show a strong way of sales. Because of that, Sainsbury decides to increase its ownership of the joint venture to reach 81.1 per cent. On January 2000, Sainsbury opens its first food, family and home store, which is bigger than the neighborhood stores and its main focusing is on quality and choices. (Al-Ali et al, 2014, P. 1-17).

There are many theories are made to explain international trade. The meaning of trade is the theory of exchanging goods and services between two people or entities. Therefore, international trade is then the theory of this exchange between people or entities in two different countries. All these great theories, policies, and business strategies that established international trade. In 1776, Adam Smith creates a new trade theory called absolute advantage (Schumacher, 2012, p.1). This theory focuses on the ability of a country to produce a good more powerfully than another nation. He also convinces that trade between countries should not be restricted by government policy. He argues that trade should move naturally according to market forces. Moreover, Smith’s theory explains that with the increase of efficiencies, people in both countries would benefit and trade should be encouraged. This theory is applied to Sainsbury as its nationality is not from an Egyptian origin, yet, it obtains a great success in Egypt due to the facilitation of the governmental policy for such a brand.
According to a competitiveness, Porter’s theory in 1990, states that a nation’s competitiveness in an industry which relies on the capacity of the industry to promote and upgrade. He also identifies four determinants that explain his theory, which are local market resources and capabilities; local market demand conditions; local suppliers and complementary industries; and local firm characteristics. These four determinants are applied by the Sainsbury grocery chain store which leads to its success more than other groups such as the Edge group which make an agreement with Sainsbury to be its stakeholder to fund the project. Sainsbury also uses the market resources and capabilities to create its product with a less price to attack the local market in the target country. Sainsbury puts a plan for the demand products and needs for its consumers to expand it in its stores. Due to the low prices of its products and goods, the local suppliers start to buy the products from its retails. As a response to the local firm characteristics, Sainsbury design its store in a simple way reflects its notion of its low prices that attracts consumers to its products and goods.
The Swedish economist Steffan Linder established the country similarity theory in 1961, which is offered that consumers in states that are in the same or similar stage of developing would have the same preferences. He recommended that companies first produce for domestic consumption. This theory is often most useful in understanding trade in goods where brand names and the reputation of the product are significant factors in the buyers’ decision-making and purchasing processes. According to this theory, Sainsbury’s first concern is to expand its brand on wide areas in Egypt to guarantee its successfulness. As the owner of the company knows that the Egyptian consumers are more purchasing than his own country which guarantees the great profit through his expansion in such a target country. Moreover, Sainsbury concerns about making a brand name because it is the determiner of the buyers’ decision-making and purchasing processes. For example, Edge group faces a problem in the name of their brand, as it is not a famous one that can attract consumers to it. Because of that, the Edge group made an agreement with Sainsbury as a famous brand to be its stakeholder and obtain the large percentage of the profits (Carpenter, 2011, P. 5-8).

As a big and famous chain of grocery store, some Muslim clerics claim that Sainsbury is a franchise that created by Jewish-owned supporter of Israel. For that, many Egyptian students demonstrate in the street to display their anger at Sainsbury. As a result of these claims, Peter Davis the chief executive of the store chain declares that some competitors who want to defeat the brand of Sainsbury, claim that the stores’ profit are going directly to Israel, despite the fact that the stores are not even profitable. As a support to these words, President Hosni Mubarak tries to persuade citizens to still shop from there and assures that this claim is not true and it is just made to make the stores lose. There are three strategies that are displayed in front of Sir Peter David as a solution for such claims, which are: scale down its operation; find new local partners; or sell the business entirely. However, pressure is the main reason that makes Sir David to choose the last choice, which is selling the Egyptian holdings.

As a recommendation for such a franchise, the study of the culture of the target country is the main aspect that should be taken into consideration because it is an essential determiner for the loss or win of a project. Moreover, the selection of the stakeholders is significant for the cultural background of the target country.
Furthermore, many problems are faced by Sainsbury. Sainsbury’s strategy of discounts, mass marketing and weekly sales are not loved to the Egyptians, whose shopping habits are formed under Nasser era and have not change much. The main problem in Sainsbury is with its staff. Sainsbury gives the local staffers extensive trainings over a short period of time. This short time does not make them able enough to adapt to the new techniques and standards required by Sainsbury. As a recommendation for such a fatal problem, The company should give its local staff the needed time of training in order to obtain a good results which helps in enhancing the image of Sainsbury as a famous brand.
Besides, Sainsbury’s managers make a gap between them and their local employees through uncaring and listening to the local employees’ suggestions. However, this big mistake is made by the company, as they should listen to their suggestions because they are native Egyptians and the people who know the most need of their people. 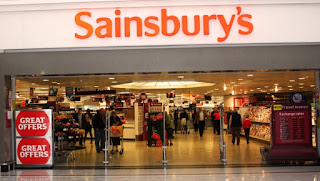