Can We Measure Intelligence?

This question occupies large part in the thinking of many psychologists that leads them to make many studies and researches as well as real experiments to answer this question and to prove that the intelligence can be measured. Afred Binet and his colleague Henri Simon are from the founders of the aspect of intelligence and its measurements in the early 1900s. They tried to define the human intelligence and knew if it could be measured or not.
After many studies and experiments, their main aim was to help teachers in dividing students’ intelligence to know who have better abilities in education and who have less. This experiment was like the recent tests that are made before the entrance of the students to schools or universities. After Binet and Simon have introduced their theory, the American psychologist Lewis Terman advanced the theory of Binet and named it The Stanford-Binet Intelligence Test. It is responsible for measuring the general intelligence, which is made up of wide variety of tasks that include; memory for pictures, repeating sentences, vocabulary, sentence structures, naming of family objects, and following commands (Stangor, 2016, paragraph 2 and 5).

How To Measure IQ:

There are some criteria for the intelligence tests that taken into consideration while correcting and putting the IQ test. From these criteria, Validity, reliability, and standardization. These are the criteria that the IQ test is measured through them and they are the main methods that make differences between one IQ tests to another. To sum up, intelligence can be measured through different ways that are represented through early psychologists and professors through decades. They also elaborate the significances of testing intelligence in education and in judging others. For that, governmental and personal systems should officially applying the IQ tests in all vacancies to choose the best employee in the right place.

Howard Gardner is one of the pioneer psychologists in the 19th century. He was focused on the measures of intelligence according to the human abilities and tasks. He has identified seven separate intelligences. His theory was a result of many studies and real experiments the extent to which students possess different kinds of minds and that their ways of learning, thinking, remembering, understanding, and performing are differed from one to another. Gardner elaborated his theory through providing some examples in order to make it easy for the reader to understand his theory. He said that the differences in intelligence is a challenge that is used in education as everyone can understand and learn the same materials of studying in the same way, but intelligence is the distinguisher of separating the high intelligent student from other less intelligent student.
As it is appeared in the ability of the mind in recognizing the offered material in its right way however, other can study the same material and the same way of understanding but the ability of mind to recognize the words is less and weak. Therefore, Howard’s seven specific intelligences are, Linguistic which is represented in the ability to write and speak well;
1- Logico-Mathematical: It is the capability to use mathematical and logical skills to solve problems and issues.
2- Spatial: It introduced in the ability of the human to think and recognize objects in three dimensions.
3- Musical: It is the capability to enjoy and perform music; Interpersonal that represented in the ability to interact with others and understand the conversations between others.
4- Kinesthetic: It is the ability of the human to move his or her body during playing sports, or dance, or other physical activities.
5- Naturalistic: It is the ability to identify, realize, understand, and remember the animals, plants, and other living organisms.
6- Intrapersonal: It is the ability to have vision into the self (Lane, n.d. paragraph 1-9).

David Perkins is another 19th century psychologist who was fond of intelligence of the humans. He examined and elaborated different number of researches and studies on the topic of measurements of intelligence (IQ) and programs that designed to increase IQ. He also represented the IQ and the programs in three major dimensions; Neural intelligence which is referred to precision and efficiency of humans’ neurological system; experiential intelligence which is referred to humans’ accumulated experience and knowledge in various areas. It can be regarded, as the accumulation of all of humans` expertise; and the last one, which is reflective intelligence that referred to humans’ broad-based strategies that are responsible for attacking problems, approaching intellectually challenging deeds; and learning.
Additionally, it included other aspects such as; attitudes that backing persistence, imagination, and systemization; self-monitoring; and self-management. According to Perkins, the human’s intelligence is born blank and affected by the other external sources such as the usage of mother for drugs like alcohol and cocaine during pregnancy, in addition vitamins or the lack thereof can affect the neutral intelligence.

Intelligence can be measured through different ways; however, the most common method is through what is well known by intelligence Quotient or IQ tests. This kind of tests are experimented from early 19th until modern days. Yet, it differs in some points but it is basically the same. This is through having different subtests, which include general information, vocabulary, mazes, memory, recognizing similarities, and object assembly. The test have limited time and scores of the test are spread to each part of it. 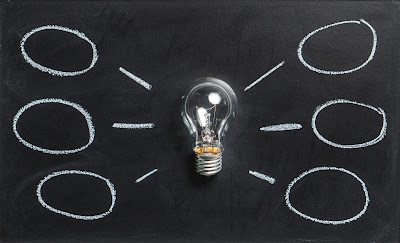