Qatar, just like all the Arabian countries that exist within the Middle East, has a large number of tribal families. In addition to the ruling family Al-Thani family, there are various others family , that include the Al-Khalifa, the Al-Sudan, the Al-Saud, the Utubi, the Bani Khalid, the Qawasim, the Al-Musallam, the Al-Ainain, the Al-Attiyah, and the Al-Kuwari. All those families have a long history that goes back all the way to the prophet’s times and as families with deep roots and strong tribes that had had several customs and traditions that they have followed ever since a long time ago and those traditions differed from one family to another and from one feast or tradition to another. Several of these families, such as the Al-Sudan and the Al-Musallam, preceded the current ruling family (Al-Thani Family) in their arrival in Qatar.

Several are relatives or got married from each other families and several are related through their old ancestors or through their origins that might have started somewhere else not in Qatar. Over the years, tribes have combined and married from each other and their names changed and developed. That`s why, Genealogy especially in the case of the Arabian tribal history is a very hard and tiresome science. Searching in the history of a tribe is considered an impossible task sometimes and it requires a lot of time from the Genealogy researcher in order to reach supported information about the tribes history, it`s previous names, previous connections all the way to the prophets time and its current living successors and their families. This paper will discuss the history and the traditions of one of the famous and important tribes in Qatar, AL Maliki Tribe.

The current Maliki tribe that exists within Qatar is called “Banu Maliki Bin Tamim” and they are a sub-tribe of the Malek Bin Zayd Mnah Bin Tameem. They are all related all the way back to The Tamim tribe, The word Tamim in Arabic means strong and solid and the Tamim tribe is known for being one of the strongest and most influential tribes in the middle east and throughout their history. The Current Maliki Tribe is related to the Tamim tribe, through their ancestor Hantala Bin Malik and their genes go back all the way to the time of the prophet through their great- great grandfather Elias. During the ignorance time before Islam, the Maliki tribe lived in the Area of Washm specifically, the city of of Tharmdaa that is located in the washm area northwest El-Ryad in Saudi Arabia, is considered their city of origin. The Al-maliki tribe in Qatar is divided into three tribal families, the Aslta Family, the Rabia`a bin Malik family and the Al-Majed Bin Malik family.
The Aslta family, related to Saleet Bin Ka'b ibn Al-Harith bin gerbil bin Hantala Bin Malik. They all had a large amount of influence and power in the Fiftieth and they claim to be connected with Bni Malik and they are right because Malik is the grandson Of Tamim and so till now some of them are related or named after Bni Malik. The Aslta Family moved from Washm to Al-Eshaaq and they then moved to Bahrain and Qatar . They were the first to move to the east from Bani Tamim and because of their large numbers, they increased their territory and spread in various cities.
The Rabia`a bn Malik Family, they are related to Rabia`a Bin Masoud Bin Malik bin Hantala Bin Malik, and they are very few in qatar and the well-known ones are the ones who are related to Mohamed Bin Ali Bin Nasser El-Tamimi , who is a well-known character known for his heroic acts fighting alongside the first Saudi country in 1798. Mohamed left with his cousins after the fall of the first Saudi country in 1818 and together they all moved to Eshaa` . Later, some of them stayed in Eshaa` and some moved to Bahrain and others went to Qatar. In Qatar, Their offspring lived in Huila For a period of time, then moved, to the New Doha In the sixtieth and finally moved to El-Rayan Elgadeeda.
Finally, The Al-Majed Bin Malik family in Qatar, and they are related to Majid Bin Malik bin Hantala Bin Malik Bin Tamim, and they are a lot and the most important figure within the Al-Majed Family, is the Sheikh Majid bin Abdullah bin Majed bin Hamad bin Sultan Al- Majid Al-Maliki, who during the fourteenth century was called upon to decide and draw the borders between Qatar and Abu Dhabi. Sheikh Majed Built the mosque of Elmawajed in mirqab . Some of Al Majed are rumored to live in Tharmadaa Till now and Bin Majid the famous Traveller is rumored to have belonged to the Al-Majed Family. In Qatar they are known to have started living at first in Khuwair in North Qatar then moved in the fifties to the old Freij Elmorqab then moved currently to the Freij Almwalk in Bin Omran.

Traditions and Customs of Al-Maliki Family:

Traditions within tribes differ from one tribe to another, the Maliki Tribe within Qatar originated from the Tamim Tribe that originated in Saudi Arabia at first. The Maliki tribe like many other tribes has its own set of traditions that differs slightly from other tribes, however, while not all tribes might share the same traditions or customs together, being Arabian tribes they all share the same ideology and way of thinking and that is a very conservative way of thinking, whether in celebrations or in festivals . Arabs have always been known for their amazing feasts full of delicious food cooked on fire and their conservative festivals nature, with women covering as much as they can and the men staying a comfortable distance away from the women.

In their celebrations, the Arabian tribes in general agree in one thing which is how they greet their guests after guiding them to their seating places, tribes usually offer their guests dates as a starter accompanies with milk and Arabian coffee they then later offer meat and rice to their guests as a main course and leave their guests enjoy their time and follow the program of the evening, that is usually supported by old folk dances and folk art.
The Maliki tribe just like all the other tribes had its own set of traditions and celebrations that didn`t stray far from their ideology. In marriage for example; the family of the bride and her relatives are expected to accompany the bride to the doorstep of her new home where her husband lives and the amount of people who does accompany the bride differs depending on the status of the family within the tribe. However the larger the amount is the better, because it shows that the husband and his wife hold high status in the tribe.

Folk and Arts at Al-Maliki Family:

The Maliki tribe is also known for its large history in folk arts, one of which is the Zamel Tradition, which is basically reciting poetry in groups accompanied by a lot of people from all the families within the tribe. The poetry the group recites is usually diverse and changes all the time, they include praise, apologies, and romantic poetry and so on. The people who participate in Zamel mostly have their own guns with them and at the beginning of the celebration they fire a couple of bullets in the air while reciting poetry as a salute gesture for their audience.

In conclusion, tribes in general are characterized by fluid limitations and heterogeneity, are not provincial, and are dynamic. They have strong and deep origins that goes back long decades to the time before Islam and their deep roots give them strong influence on the people around them. Qatar has a large number of the successors of the Maliki Tribe. The Maliki Tribe is a sub-tribe of Tamini tribe in Saudi Arabia, their origins goes all the way to the prophet Mohamed’s time through their great grandfather and they live now scattered mostly in Bahrain and Qatar. Just like all the Arabian tribes, the Maliki tribe has a bunch of traditions that agree with their conservative thinking and gives the people a clear look about the status of each member within the tribe, one example of those traditions would be how the amount of people attending a wedding in a tribe shows the status the groom has within the tribe. 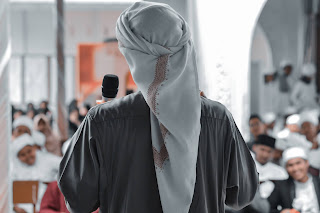