"A Hanging" Questions and Answers

"A Hanging" Questions and Answers by George Orwell

Question: Can You Summarize the Plot of "A Hanging"?

Answer: "A Hanging" story is about a prisoner, who the author didn't mention neither his name nor his crime. However, the writer analyzed the prisoner's status in the prison while his waiting for the execution for the hanging penalty through a deep emotional analysis. Then he was taken handcuffed to the gallows, his weakness appeared through his steps in his way to the gallows under the rains. We saw the sympathy of the dog which appeared suddenly and remained barking as an analysis of animals reaction with humans. When analyzing the state and the power of humans, "A Hanging" story also tells us that the human is weak although his thought that he is powerful and strong, his death may come in a moment. George Orwell in A Hanging uses various literary tools to reflect the themes of torture, fear and sympathy.

Question: What Is the Torture Symbolism in "A Hanging"?

Answer: One of the major quotations which reflect the theme of torture in the jail by the setting, the place and status of the jail which "Hindu" was prisoned in: "A sickly light, like yellow tinfoil, was slanting over the high walls into the Jail yard". This quotation expresses the setting of the essay which is reflected in the description of the place where Hindu prisoned in Burma in a rainy day, the place has a little light on the two bars of the prison which like the cage of the animals as it was too small even to sit in it so men were squatting. Moreover, the writer in this quotation: " a row of sheds, fronted with double bars, like small animal cage" uses the simile as an effective figure of speech in his description of the jail as an animal cage, in this image he likened the human being as an animal when they were prisoned in that jail.
Additionally, the writer also described the character of Hindu: "one prisoner was a Hindu, a puny wisp of a man, with a shaven head and vague liquid eyes". To develop the theme of torture as he described him as a thin man with large moustache which is not suitable to his size like a comic character on a movie, the writer may want to deliver the weakness of Hindu due to the torture in the jail but his large moustache refers the lack of power of his manliness in facing these aspects of torture.

Question: What Is the Fear Idea in "A Hanging"?

Answer: The writer here used the metaphor in: " the lock of hair on his scalp danced up and down, his feet printed themselves on the wet gravel" his description of the prisoner hair which is dancing as people dancing in a night club or somewhere like that to express how fear was the prisoner in addition to his way of marching. Moreover, Orwell also uses the symbolism in his description of the back of the prisoner: "he walked clumsily with his bound arms, but quite steadily, with that bobbing gait of the Indian who never straightens his knees", it is a symbol the fear which Hindu felt in the jail when he was in his way to the gallows. Furthermore, the description of the prisoner when the write said: "his feet printed themselves on the wet gravel" is an allusion the perspiration due to his fear of hanging, in addition to the rainy day which makes the gravel wet, all these elements reflect the theme of fear in this essay.

Question: What Is the Sympathy Symbolism in "A Hanging"?

Answer: The symbolism is used to reflect sympathy by the dog when the writer said: "it was a high, reiterated cry of "Ram! Ram! Ram! Ram!" not urgent and fearful like a prayer or a cry of help, but steady, arithmetical, almost like the tolling of a bell. The dog answered the sound with a whine" the sound of the dog is sympathy with the prisoner. Moreover, the character of the dog is used to reflect the rebels against injustice, the dog was full sympathy with the prisoner: "it pranced round us and had made a dash for the prisoner, and jumping up tried to lick his face" this movement or action from the dog is considered a kind of love or sympathy to the prisoner.
Furthermore, the setting of the essay help to reflect the idea of sympathy when the writer set the place of the prison in Burma and give us an image of the bad place which the prisoner live in as he said: " We were waiting outside the condemned cells; a row of sheds fronted with double bars, like small animal cages".

Question: What Is Your Opinion about "A Hanging"?

Answer: When analyzing "A Hanging" story, George Orwell drew us a portrait of the life when he compelled criticism of the capital punishment, the life of the prisoner seemed to be finished before the execution of the hanging penalty. His steps towards the gallows were weak and he couldn’t stand well. The other Indian prisoner also was walking with fearing from his destiny. Orwell presented to us the unforgiving law, he confirmed that the second chance to redemption is taken away from the prisoner, and capital punishment has an opposite influence on the executors too, creating immoral monsters out of them. 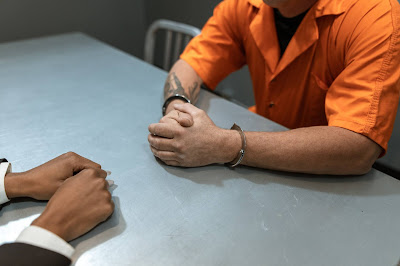