"My Life with the Wave" Analysis

My Life with the Wave Analysis by by Octavio Paz

When analyzing the life of people, most people fall in love and get the feeling of compassion and desire to be with their beloved. The experience of the author appears through the narrator and his story. Paz in “My Life with the Wave” describes his personal love affair and marriage with his wife. "My Life with the Wave" story tells about an erotic love affair between a man and a wave, this wave represents a girl of a real love affair, but Paz chose to describe his woman as wave because it symbolizes his opinion about women. He sees women as moody humans who change their minds many times like the waves in their instability.
Paz introduces different aspects that reflect his analysis, attitudes and opinions about women through describing a love affair, however, "My Life with the Wave" story is considered a realistic story because it describes the stages and challenges which the lovers undergoes in their real love affairs. Likewise, Gualt in “Psychology in Social relations” sheds the light on different factors that affect any relationship. Therefore, most love affairs analysis undergoes through three main stages; admire and attraction, boredom and disputes as well as separation and breakup.

The Idea of Admiration and Attraction Analysis:

Almost all the human love affairs start with initial admiration and erotic attraction. Actually, this perspective is logical to a great extent, as at the beginning of any relation the two parts are still does not know each other very well. It is something originated in the human nature, to be attracted to the beautiful looking of the other part. Most men share the same standards determining whether a woman looks beautiful physically or not. This is considered the main reason behind most of the failed relationships.
According to Octavio Paz in My life with the Wave (1949 Volume) “Subject to the moon, to the stars, to the influence of the light of other worlds, she changed her moods and appearance in a way that I thought fantastic, but it was as fatal as the tide.” (Page No, 679). Being physically attracted to a woman and starts a relationship with her depending on this reason only is actually a silly action because you still do not know if you both are going accept the differences between you or not.
On the other hand, women’s mind works in a different way in this process. Of course the good look of a man attracts a woman to. When a man looks good, he then is called handsome and woman is called beautiful. But a man being handsome is not the main, only or even enough reason for most women to start a relationship. Women usually do some mental calculations to come with a final possible result if this relationship if going to succeed or not.

The Idea of Boredom and Disputes Analysis:

The logical sequence of the previously mentioned explanation is that after a period of time the two parts starts to discover the negative sides of each other and if there was not a well-founded love from the beginning of their relationship, the boring and carless starts to take it way between them until it creates a huge gap between the two lovers. Men usually at this stage of the relationship chose to escape and stay away from his lover to avoid any discussions and disagreements.
The most obvious example what the narrator of “My life with the wave” did when he felt joules from the fishes and realized that his lover is not as much interested in him as he is in her. According to Octavio Paz in “My Life with the Wave” (1949 Volume), “I recovered, I began to fear and hate her… I had neglected my affairs. Now I began to visit friends and renew old and dear relations. I met an old girlfriend.” (Page No,697). However, women also chose to keep silent hoping for their men to realize their fault and finally came to apologize. All of this is the result love factor missed in the relationship from the beginning.

The Idea of Separation and Breakup Analysis:

Here comes the final stage in the failed relationship. What makes love and understanding so important in preserving a love relationship is that it enables the two lovers to discuss the problems of their relationship when they calm down. As love and understanding can overcome any problem, because the lovers sought to find a solutions for their problems for the sake of their love.
On the other hand, the two lovers who start their relationship on the base of good looking and initial attraction only are not able to stand and face their relationship problems just like what happened with the narrator and his lover. His initial love and attraction has eventually turned to hate and fear and he did not even want to try to find a solution for his problem with his lover.
Instead, he chose to go back to his old habits and see his old friends who he stooped seeing since he started his relationship with his lover. This description of Paz is brilliant as he typically described what happens in such cases between the lovers who start their relationship on the same basis. 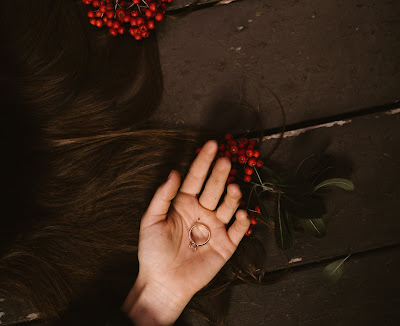