Characters of "Ann of Green Gables":

She is the protagonist of the novel; she is an orphan who is adopted by Marilla Cuthbert and Matthew and she is grows up on their farm which named Green Gables. She is religion and social, love talking she can adopt with the rules of social conduct.

She is the woman who raises Anne, she is unmarried, and she lives at Green Gables with he brother as we know before. She is with a strict face and complex knotted hair. This description reflexes her moral and emotional severity.

He lives with his sister at Green Gables, he is sixty years old, and Anne considers Matthew a kindred spirit and always turns to him when she wants a sympathetic ear.

She is the best friend of Anne, she is a pretty girl, and she is live behind to the Green Gables. Diana and Anne soon became close friends after meeting each other.

He is the smart Avonlea boy described as Anne’s rival because of making the mistake of teasing Ann because of her red hair. Then, Anne swears to never speak to Gilbert. Even when Gilbert rescues Ann from the river, she refuses to break the silence between them, he is a hand some boy.

This woman lives next door to Green Gables. She has a meek husband called Thomas. Later, there would be an affectionate, quarrelsome friendship between Mrs. Rachel and Marilla.

I think this got confused during the '80s, sometime between 1890 and into the first decade of the 1900s. Anne wanting a puffy sleeved dress, and I think that fashion was very much in during the 1890s. During WWI, so just go backward from there and 1890s comes out about right, so "Ann of Green Gables" story took place in the late 19th century during the 1880's.
In the last book she is middle aged with grown children during WWI so she would had to have been a child in the 1880's. As for the climax, it is hard to say because it is more just spaced out exciting events and not one major one. The first book somewhat just flows into the second. I guess it would be Anne writing her Queen's entrance exams, getting in, and Marilla and Matthew realizing they are all alone.

It takes place in a little town called Avonlea on Prince Edward Island, Canada. Montgomery emphasizes the exact place; each book in the series is containing an affectionate description of the Prince Edward Island.
Nevertheless, Montgomery leaves the temporal setting vague, possibly because she wants her work to seem timeless, equally applicable in any age, or possibly, because she wants to create in Avonlea a magical place that is outside the world of ordinary times. Montgomery refers only twice in the entire series to.

What Are the Green Gables?

Marilla and Matthew Cutthew, brother and sister, they were living together at Green Gables, it is a farm in Avonlea on Prince Edward Island in Canada, and they took a decision to adopt a boy from orphan organization to help them in their farm. This girl is a girl of eleven named as Anne. She continued he education at the school, her friendships with people such as Diana Barry, Ruby and Jane Andrews, and there were Gilbert Blythe who compete in the class with Anne but she did not hate him but she did not say this to him so, they became a good friends at the end of "Ann of Green Gables" story.

Anne’s feelings run deep; she loves and hates with passion and dreams with spirit. However, as a child, she cannot distinguish between true emotion and mere sentimentality, or fake emotion, often allowing herself to indulge in sentiment because she thinks it romantic Anne eventually goes to the Queen's Academy, along with  many students such as Gilbert, Ruby, Josie and Jane. She then obtains a license for teaching in one year, besides winning the Avery Scholarship of English, allowing her to pursue a B. A. Degree at Redmond College.

The Death of Matthew:

Then Matthew died of a heart attack so she stayed at home and did not want to stay at home and be educated at the Carmody School, the nearest school available. In an act of friendship, Gilbert Blythe gives up his teaching position at the Avonlea School to work at White Sands School instead,

Ann Works as a Teacher:

Analysis of "Ann of Green Gables":

"Ann of Green Gables" story is faithful and sensitive while it is a classic novel that is great for kids. I recommend "Ann of Green Gables" for the kids to read with their friends. You cannot help but be charmed by her mix of chatter, imagination, fierce loyalty, and enthusiasm. In fact, some younger kids may find it a little too leisurely, but if you spread the viewing out over several afternoons or evenings, they will probably be sucked right in. If they do, Anne’s imagination will delight their impulsiveness, and thirst for love and friendship make her a very sympathetic, relatable character. 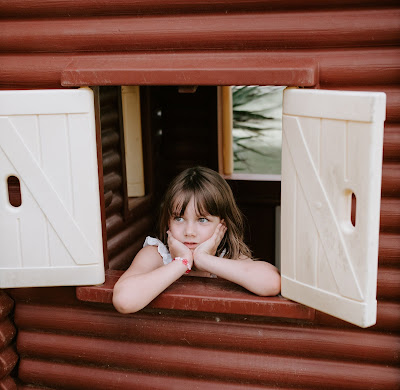