"The Adventure of the German Student" Plot Summary:

The story of "The Adventure of the German Student" tells us about a fascinated student, who has one theme in his mind which is that there is an evil spirit in life which controls over him and his actions in life. The student has an imaginative character. He has a notion in mind that his end will come to the end by an evil power which affects his interests and his life. In the beginning, the student take a notion about the evil spirit as author says that "He took up a notion, I do not know from what cause, that there was an evil influence hanging over him; an evil genius or spirit seeking to ensnare him and ensure his perdition".
After the student has exposed to the experience of the hung woman when he found that she was hung yesterday. He said that "the fiend! The fiend has gained possession of me!". So the idea of the spiritual imagination affected greatly the mind of the students and led him to isolate from other people in life. He lived in independent life far from everyone in life. Although the student left Germany to seek a peaceful and happy life, he found Paris more miserable and more horrible life in which everyone cared about him/herself only.

In "The Price of Neil Gaiman", the black cat brought all the misfortunes to the house. The wife of the narrator believed that this cat was not a cat. She believed that this cat was a person "That, cat, may wide had said, when he first arrived, is a person. And there was something very person like in his huge, leonine face: his broad black nose, his greenish yellow eyes, and his fanged but amiable mouth".

Women in the Role of Devil Theme:

Symbols of Both Stories:

The student in the adventure of the German student had symbols, which were similar to the French revolution such as the enthusiasm, lack of reason, and lack of balance. So this student was an example of the French revolution. Although the devil symbol was different in both stories, the devil was the source of the torture and disorder of the characters that did not live happy life.
In the ended of both stories, the main character asked themselves behind the reason of this suffering. In the adventure of the German student, the narrator said "the fiend! The fiend has gained possession of me!". While in the price, the narrator asked himself that "I wonder what we did to deserve the black cat. I wonder who sent him. And, selfish scared I wonder how much more he has to give". The end of the stories, the characters went mad because they asked about the reason of misfortunes.
In both stories, the symbol of the uncertainty appeared in the works of the characters as they thought that there were something that caused a lot of troubles and this thing was the responsible for all the troubles and problems in their life. In the adventure of the German student, the student asked himself that ""He took up a notion, I do not know from what cause, that there was an evil influence hanging over him; an evil genius or spirit seeking to ensnare him and ensure his perdition". On the other hand, in the price, the wife of the narrator doubted about the nature of the black cat as she thought this case was a person.

To sum up, making a comparison between two stories is very useful. The plot of both stories were different as in the adventure of German student, the plot is about an innocent killed girl who came to life again in the mind of the student to tell him about her life. In this story, the student found that this woman was killed yesterday and her corpse brought to the bed of the student. In the Price, the plot is about the black cat which was wounded because of its struggle with the devil in the porch. This story takes the notion of the black cat as a source of all the misfortunes and troubles in life. 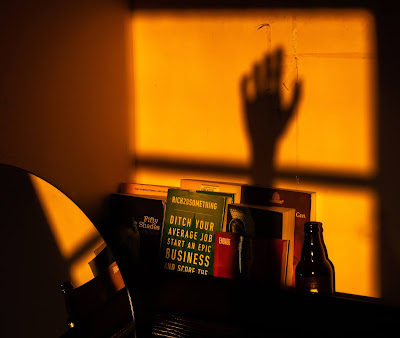