Work and home responsibilities are very important topics. There is no suspicion that women are very intelligent and sophisticated. This can be shown when one looks at famous females like the broadcaster Opera, the former prime minister of Pakistan Benazir Bhutto, the previous U.S. Secretary of State Hillary Clinton and the present president of Brazil, Dilma Rousseff. All these women and more changed the life of humanity to the better.
Many people say that women are only created for homes and children affairs. The fact is that women are very efficient in work and they can hold many positions soundly. Thus, preventing women from work and employment is not the right thing to do. Accordingly, there are different countries encourage women to be effective contributors in the workforce to enable them to gain new skills, gain money to become independent, and to take part in society progress, notwithstanding there are other countries stand against women in the workforce as they claim that working women lose the opportunity to have normal life and family.

Various countries encourage women to be effective contributors in the workforce in order to enable them to gain new skills and talents for instance; confidence, experience and sociability. As soon as, women leave their home and become significant contributors in the workforce they become able to learn several stuff and participate in new events. Women in workforce is an important topic because women are intelligent and active.
According to Kay, 2006, P 835, women reach great success in different fields like technology and academic science after they participate in workforce. No one can doubt that women are smart by nature and they become smarter when they work. The encouragement from the side of society to women in order to inspire them and change their attitudes from staying at home to make them love to work and have their own identity. Therefore, it would be better in case women participate more in work to gain new experience, skills and talents.

Countries encourage women to participate in living through gaining money and achieving stability. Women become independent and able to buy anything they want when they work. They do not need to take money from their families or husbands because they become responsible and self-determining. Thus, women should be allowed to work and employment. This is not only for their own sake but also for the sake of other people.
According to Hirshman, 2007, P 2 countries lose huge profits in case women do not participate in workforce. This confirms the fact about the importance of women in work life and shows how countries are affected negatively because of women resignations from work. Moreover, several societies and countries depend mainly on women contribution in the workforce to get remarkable success and prosperity.

Society progress is the main concern of all people that live in Arabian Gulf, which has great visions called national visions of 2030. Progress of any country cannot be achieved unless both men and women work together for this aim. There are many efficient women can lead the country and make many achievements. The most apparent trait in women is that they like to work and see it as a part of their personality.
The Arabian Gulf is a prominent region, the Gulf women are so smart, and when they are put in all sectors, they prove that they deserve respect and promotions. Women all over the world did not leave any position vacant for men and this shows that women are efficient enough to hold all positions. In the United States, Hillary Clinton became the secretary of the U.S. and she also applied for the U.S. presidency elections. In Brazil, Dilma Rousseff got the position of the presidency worthily. Day after day, women present the best to the humanity and take part in countries progress.

On the other hand, some countries discourage women in the workforce and put annoying obstacles before them to prevent them from contributing in the work life. Some countries consider women as substances and do not have the right to employment or get out from their homes. They want women to be housewife only who get birth and bring up children. Furthermore, they think also that after women leave home and participate in the workforce they lose their opportunities to live normally. They claim that women confront not non-desirable circumstances like harassment or molestation when they meet strangers in work or in the street. Such predictions or thoughts about women in workforce are pretty influenced with some customs and beliefs.

To sum up, “women employment” is important theme and affects not only women but also societies. Women are equal to men and have same rights to work. There is doubt that workforce and economic of any country suffer from severe problems if women leave the workforce. Many women work for only gaining money and getting promotions, but others work to participate in the renaissance of their countries. Thus, the subject of women work has become a controversy for many years. 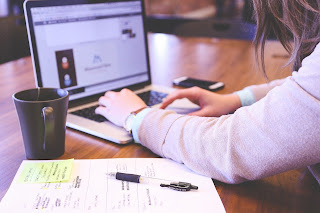