The Swedish journalist Thomas Larsson defines globalization as the process that makes the world so small, in which the distances become closer and people can exchange mutual benefits together even if they are in different remote places. In fact, globalization could be found in everything, therefore it consists of economic integration; the transmission of knowledge; the transfer of politics across borders; and cultural stability in reproduction, relations, and discourses of power. The most determiner aspects of how the globalization can be defined as “An individual’s political ideology, geographic location, social status, cultural background, and ethnic and religious affiliation (Al-Rodhan). Knowing the definition of globalization, its effect on economy and culture would show its importance.

The Three Schools (Perspectives) of Globalization:

There are many definitions and perspectives on globalization. These perspectives are different and contain many meanings for globalization. These perspectives are from the viewpoints of the globalists, traditionalists, and transformationalists. Globalists are coming at first to introduce the fully developed global economy that has displaced former forms of the international economy. The uncontrollable market forces drive the global economy, which resulted in unique cross-national networks of interdependency and integration. Furthermore, the category of a national economy is increased due to the dissolve of the national borders. This leads the economic agents to follow the criteria of being internationally competitive. This position is supported by economic neoliberals but doomed by the new Marxists.
Traditionalists come in the second stage. In this stage, the international economy does not reach the stage of a global economy. Through this stage, it is possible to establish cooperation between national authorities to challenge market forces; manage domestic economies; and govern the international economy.
Finally, through transformationalists new forms of interdependence and integration are conquering the international economic system. These forms make restrictions on the behavior of the national economic policy-making. They also establish the formation of international public policy to control the system very well. This stage realizes the present time as another step in an extended evolutionary process in which closed local and national economies break into more mixed, interdependent and integrated ‘cosmopolitan’ societies.

Economic globalization is one of the most important topics in the world of globalization, as its results appear to be difficult and tangible. It is also presented as the driving force behind the numerous changes, which are connected with culture and politics in the contemporary world, as well as being the main concern of the different globalization movement. Capitalism, socialism, and neoliberalism are three approaches, which are strongly connected to the economic globalization. Capitalism is a system, which is related to economy and based on the widespread production and movement of goods and services for markets. “Goods and services are produced for sale on the market” (Buick and Crump).

Neoliberal ideas have a great impact on establishing the new economic common sense after the 1970s, and the powerful criticisms that can be leveled at neoliberal arguments, which is treated as unrealistic or extremist. Thus, many perspectives define neoliberalism. For instance, according to Susan George’s estimation, neoliberalism is emerging as a new ‘worldwide religion’ and Perry Anderson names neoliberalism as the most powerful and successful ideology in world history.

The socialist movement is formed at the time of Marx and Engel’s 1848 Communist Manifesto, had formed capitalism in a series of intellectual, moral, economic, and political challenges. According to socialists, capitalism’s dominant logic of the pursuit of self-interest, competition, and profitability are disastrous. The main goals for socialists according to economic system are the satisfaction of needs and the achievement of co-operation, rather than about one’s own profitability. “We have entered a completely new, unrecognizable era of transformation in the direction of a global economics, culture, and politics” (Hayden & el-Ojeili).

Globalization is the most debated subject, which control part of our lives. Without globalization, there would be no encounters, challenges, and the nature of our life would be boring. Poppi defines globalization by saying that it is the debate and the debate is globalization without one part the other is unbelievable. The matter of finding the proper definition for globalization and a stable one is a difficult matter. This is because the changeable nature of globalization as it has a shifting nature, ambiguity problems and its different influence from the perspective of each one’s views it. Therefore, searching for a definition helps in focusing upon the policy challenges and responses needed which reflects its impact on the globalization process and influences its stability.

Finally, the most likely thing in globalization is that one cannot come up with a Webster’s-dictionary-style definition, which makes it interested aspect of the subject of globalization. This leads to searching for more discussions and studies and being up to date with the change that occurs upon globalization. This at least will help in knowing its definition at the exact time of searching. 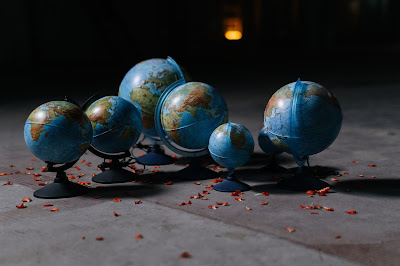