Author of "Hound of the Baskervilles":

Arthur Conan Doyle, the writer and the inventor of the Famous Sherlock Holmes series, is pretty much the main inspiration for every mystery writer on earth.

Setting of "Hound of the Baskervilles":

The novel starts in London then moves on to Devonshire specifically at Baskerville Hall.

Characters of "Hound of the Baskervilles":

It appears that, by the time this story had started Sherlock was already a very famous detective for the people in and outside London. We start "Hound of the Baskervilles" story seeing Sherlock and his sidekick trying to identify their new client through his leftover stick and Watson as always gets overshadowed by Holmes brilliant deduction. Then we move on to the case on hand which involves a superstition that Holmes doesn`t believe in. While Holmes is supposedly the main character or the protagonist within "Hound of the Baskervilles" story, He takes a backseat throughout most of the story and appears only in the end.

Holmes assistant, sidekick and friend, his abilities as an investigator are always overshadowed by Holmes`s mind and throughout "Hound of the Baskervilles" story he is seen eager to prove to Holmes that he can actually speculate something right. Even though in the end his speculations still turn out to be wrong, his existence as an assistant remain important for the sake of information gathering and he obviously has a courageous heart and a good eye for details.

The nephew of the previously murdered sir of Baskerville, his character unlike his late uncle is shown as a brave man , he faces dangers when going after the escaped convict but still insists till the end that he and Watson continue to peruse the convict for the greater good. His trust in Holmes appears at the end when he followed Holmes plan to go to the culprit home by himself and leave alone however even with all his courage seeing the beast coming after him in the end, henry is left shocked and scared having gotten so close to death

Summary of "Hound of the Baskervilles":

Holmes and Watson Start Their Investigation:

"Hound of the Baskervilles" story starts with Holmes and Watson both are awaiting a guest whom they are speculating to be a retired doctor. Mortimer, their guest, arrives carrying along a very interesting story about a curse that befalls a certain family in Dovenshire called The Baskerville family. Watson feels something is wrong especially after Mr. Barrymore denies that it could have been his wife crying and so he stays awake with Sir. Henry for a couple of nights watching Mr. Barrymore.

Barrymore Signaling to Someone:

One night, they both see Barrymore signaling to someone on the moors and they both face him demanding the truth. Terrified and scared, Barrymore admits to have been helping the runaway convict and that the convict is in fact his wife`s brothers. Angry henry decides to pursue the convict for the sake of the greater good and he and Watson start their trip towards his hiding place. However, the convict manages to run away from them and they head home disappointed.

On their way to home, Watson notices a shadow figure watching them and decides to check it out later. Hoping that Stapleton will make his move, Holmes asks henry to trust him, and henry heads out alone as planned. Later, they all save henry from dying on the hands of the black hound and all chase Stapleton to arrest him for his crimes.

Themes of "Hound of the Baskervilles":

1- Superstitions: Humans naturally believe in superstitions to a certain point, however, in this story it`s obviously a superstitious deduction vs a logical deduction.
2- Money: money is mentioned as a very important them within "Hound of the Baskervilles" story, the authorities want the lords to remain because of their generous behaviors.

"Hound of the Baskervilles" Analysis:

For the story analysis, it is about a brilliant tale of a smart detective whose observation never fails to astonish a reader and grabs his attention. His abilities to manhandle a case and corner the culprit are remarkable and the writer’s abilities to insure the reader is kept in suspense are also praise-worthy. A reader follows the trip and gathers information along with Watson, expecting a certain person to be the culprit only to be surprised that unlike what he think the culprit is in fact the person he never though would be the culprit. 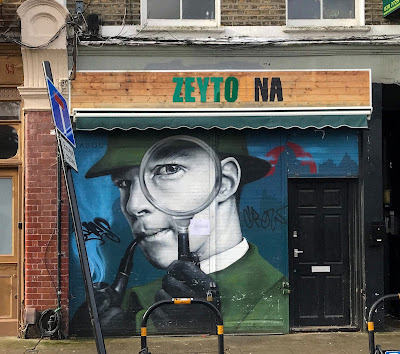