Setting of "The Empty House":

The setting of the story is significant as the events of the story revolve around it. Moreover, the setting of the dark empty house is also the discoverer of the real murderer of Lord Ronald and the one who wanted to kill Sherlock as well. Moreover, the setting of the room of Lord Ronald is the thing that made the case more complicated because there is a window that is very high from the ground and under this window there is a bed of flowers. When Dr. Watson saw these setting he realized that it is hard for a person to climb the window as it is very high and there is no sign of being stepped upon and there is no marks anywhere close to it as well.

Characters of "The Empty House":

He is the protagonist of the story. He is a smart detective who rescue from death and investigates in the case of the kill of Lord Ronald Adair. He also sees that the big cases is less interested than the small ones, because they are usually very clear.

Is a doctor and a close friend to Sherlock who helps him in solving the cases. He also the narrator of the story.

He is the second son of the Earl of Maynooth who was at that time the governor of one of the Australian colonies. He is the murdered person who the case is revolved around him.

He is an old famous soldier in the army. He also the best shooter in there. He has a quite nice and intelligent face with blue eyes. He is the person who wants to kill Sherlock and the actual killer of Lord Ronald Adair.

It is a criminal fiction story, which is a part of the series of the novel of Sherlock Holmes. The events of the story revolve around the searching of the murderer of Lord Ronald and the surviving story of Sherlock from death. Dr. Watson is the narrator of the story who is shocked when he found that Sherlock is not dead.
Sherlock refused to show his real appearance to solve the case of Lord Ronald and to discover the person who wanted to kill him. For that, Sherlock discovered that Colonel Morgan is the killer of Lord Ronald and the one who wanted to kill him as he was the only one who saw the way how he was rescued from death and witnessed the death of the professor Moriarty.

It is a very interested story which is written in a very smart way of narration. It also leads the reader to involve into the events of the story and tries to solve the mystery of the case with the detective Sherlock and Watson. The great thing in this story is that it makes all the characters of the story as the main characters that value the role of each one. 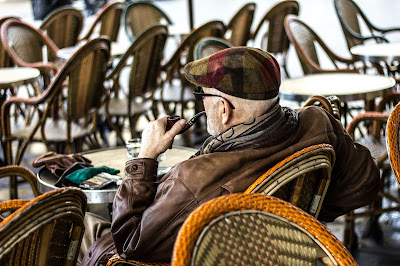