"The Black Book of Arabia" Summary

"The Black Book of Arabia (Yours Truly Story)" Summary

Hend Al-Qassemi’s novel "The Black Book of Arabia" is filled with unique and eye-opening stories. The stories depict Middle Eastern culture and they focus on the portrayal of women’s vulnerability and insecurity in love and relationships. The stories of "The Black Book of Arabia" vary from women struggling with divorce, physical appearance, deceiving, and even cheating. Men in the Middle East are taken more lightly when committing such things, unlike in the Western society. This allows the novel to be intriguing to them and oddly captivating with its series of twisted stories.

Summary of "Yours Truly" Story:

The story "Yours Truly" is the first story in Black Book of Arabia. It takes us through women insecurity as well as lying and betrayal. The meaning behind the title contradicts the story. Although it is a common way to end a letter, the word truly initially means being honest. The protagonist Sara struggles with insecurity throughout the whole story. Sara’s life takes a turn from the very start of the narrative. After giving birth to her three children her responsibilities and priorities in life took a major shift. She once felt on top of the world overly confident. She is described as enchanting, and charming, which are unique words that emphasize on a fairytale type person. With Sara holding a high place at her work, the narrative recognizes her intelligence and contrasts it with Sara feeling defeated after becoming a fat, needy, housewife. This lack of confidence caused Sara, once strong woman, to feel paranoid and insecure. This led her to question her husband Ali’s intentions with her. She constantly got caught up in her imagination of him with other woman, and creates scenarios in her head of him cheating on her.
Ali, Sara’s husband is also another major character in "Yours Truly" story. He is described as tall, handsome, with hazel eyes, brown hair, and of German blood. He has dimples, which makes him seem like a “gentle giant” as mentioned on page two. His charismatic ways always attracts people to him, and they enjoy his company. Sara knows he is a good and loyal man, but cannot help but feel resentful over what her pregnancy physically did to her. She refers to her body as a “kangaroo pouch” regarding her stomach, which is a funny description if you literally imagine it. Sara used Sephora products to try and fix her damaged blotchy skin post-birth, which is a hint that the timing of the story is current.
A major scene in "Yours Truly" story is Sara in the bathroom. It is the moment we see her looking at herself in bright light and a full-length mirror. She is feels insecure and keeps reminiscing on her pre-birth body. Sara hates her dark skin, and seems unhappy with herself. What is making her dread it even more is the fact that her husband Ali has naturally lighter skin, these small details are what drives her to develop such envy and jealousy towards him. "Yours Truly" story takes us to a scene in their honeymoon where a stranger thought Ali is European and that Sara is either Indian or African. That moment clearly does not leave her mind, even after having already three children with him.
Nothing Ali says seems to be a good enough help to Sara’s problem. He feels as though Sara is going through so much that there is too much lost in translation between the two. She is eager to catch her husband Ali doing something wrong so creates a fake online persona. The plot is when this fake persona takes over her because she believed that she is this mysterious, seductive, beautiful, and confident woman. It becomes her escape. Sara went by the name “Tamara” and begins her fake conversations with Ali. As the months went by Sara lost connection with Ali but Tamara was gains a stronger one. Sara is initially shocked to see how loyal he was towards Sara but refuses to stop and keeps pushing him to see how far he would go. It is almost sick, or even sad. Her insecurity drives her to feeling almost insane. This type of planning takes time and energy. Her intelligence is recognized with how much thought she puts into this fake persona and how she is able to fool and deceive Ali for a long period of time.
Sara eventually feels like she is taking things too far as she noticed how emotionally invested Ali is towards Tamara. She decides to cut herself off from him, and Tamara no longer replied to his emails. At this point, we see a major shift in Ali’s personality. The once strong and positive man is going through severe depression. The most shocking part of it all is Ali eventually divorcing Sara for Tamara. The depression takes over him and he leaves his wife and family with an email ending the relationship, ending it with the words “Yours Truly, Ali.” The pain is felt behind the words “Yours Truly” as he has no idea how untrue everything has been for him. Ali is weak, and vulnerable. Once his emotions are touched, it is hard for him to forget. He needs someone to love and understand him the way Tamara was and Sara is lacking, even if it meant an online façade. He leaves behind his children that he once carried photos of in his wallet for a women he never even met before.
Sara who is seemingly so smart and educated, comes up with the most thought-out plan yet has no logic to her aim. Sara, who is a mother of three, does not care to see her husband collapse into depression. Her insecurities got the best of her. As for Ali, he does not have the family values we were ought to believe in the story. He drops everything for an online persona. He is willing to travel and leave everything that was once important to him behind therefore betraying his family and wife for Tamara. The narrative technique Third person limited because we see more of what is happening than the characters are aware of. This makes it more interesting for the reader; Al-Qassemi did an exceptional job with making the readers feel the conspiracy of what is happening in "Yours Truly" story.

Secondary Characters in "Yours Truly" Story:

There are two secondary characters in "Yours Truly", who are Sara parents. Her mother is introduced as being blessed with a fit body and often criticized Sara about her weight gain. Her mother defends herself by saying it is her way of convincing Sara to go back to her old self yet it is very harsh coming from someone so dear. Sara’s father also plays a role in trying to motivate her to lose weight by reminding her of how she wanted to model in her teen years. They both upset Sara without them even realizing.

To conclude, the title of "Yours Truly" story is contradicting as Sara is dishonest and Ali eventually becomes dishonest himself. Eventually they both give up on each other, which is the opposite of commitment. The overall feel is jealousy and insecurity is depicted so clearly in Sara’s character. It is as though "Yours Truly" story is over exaggerated to emphasize on the importance and defenselessness of women struggling with physical and even insecurities in a relationship. 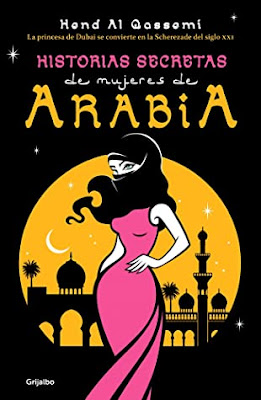