Great Expectations story of Charles Dickens was happened in mid nineteenth century. The place was in Kent where PIP was grown up. Then he moved to London to get his money and fortune. In "Great Expectations" story, the author mentioned another country which was France where Estella learned to become a lady.

He was the narrator of Great Expectations. He was poor orphan young boy. He lived with his sister and her husband. He was romantic, passionate and unrealistic boy. He had a powerful conscience. Pip managed to change himself according to the nature of people surrounding him.

She was a beautiful young girl. She had cold heart and cruel character. He was affected by the nature of Miss Havisha in dealing with people. She was arrogant girl.

She was wealthy woman. She might be insane woman, she considered Estella as a tool of revenge from other men in life. She taught her never care about the hearts of men.

Pip as a Miserable Orphan:

This story is about a young orphan called Pip who lived with his sister. One day, he gave foods for a fugitive and cared about him. After that, a wealthy woman, Miss Havisham, took him to live with her. He met Estella and loved her. Then, he returned back to his house.

Pip Gets a Lot of Money:

After that, a lawyer came to take Pip to the patronage of another man who gave Pip a lot of money. So that Pip could manage to deal with rich people, Pip became a gentle man.

During his year of education in London, Pip met Estella who never cared about him. The man who gave Pip the fortune was the fugitive. This man was the father of Estella. Then, Miss Havisham killed herself because Estella left her. Sister of Pip died and her husband married another girl. Then Estella married but Pip was still single.

The climax or the turning point in "Great Expectations" story was when Pip found out the nature and the identity of his benefactor. Before this point, Pip was happy and lived without any troubles.

When Pip knew this, his life began to change as he refused to take the money from this man again. On the other hand, Miss Havisham burned herself and Estella married another man. So he lived in a miserable condition. 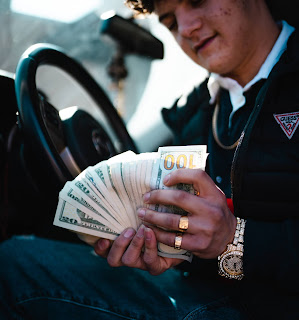