Qatar is one of the countries that has famous traditional customs and traditions. These habits are inherited from the old Qatari people. For example, it has the idea of Majlis, which is defined as a place in which the Qatari people gather to converse, chat and tell stories. Besides, it has some traditions such as burning incense to have good smelling smokes in the home. Besides, lute and drums are some of the famous Qatari traditions.

The Qatari cuisine is special with its Bedouin scent as it gives the cuisine the khaleeji (Gulf) traits in a favorable manner. It is known that Qatar has a limited access to agriculture. Therefore, the traditional Qatari food offers surprisingly various food that you only find in gulf area. Qatar, used to be popular for fishing. If you go to any hypermarket now, you find different kinds and enormous choices of fish. Hence, fish is considered a normal dish in the Qatari cuisine. Qatar is known for its massive supply of fish which is plentiful. However, other types of fish are imported from neighboring countries. Tilapia, for instance, comes from Egypt and so on. Also they have mentioned about the pearl fishing. Of course, pearl fishing is only for trading not eating. In addition, I have asked them about their favorite dishes in the Qatari and Khaleeji cuisine in general, they have all agreed that they appreciate a lot the Machbous and Biryani.
Considering the various ethnicities and nationalities of the Qatari population, it’s very interesting to find different tastes and cuisines in one place. For example, the biggest population of expatriates are Indians and Sri Lankans where you find their interesting and intuitive dishes. They are known for their curry food and they also add a lot of spicy. Thinking of how beautiful and tasty the Indian food is, I took the chance to ask my family and friends if they love Indian food. Surprisingly, the majority of the family were positive about the Indian cuisine. They said they grew up and Indian food is part of their life. Considering the fact that Indians are living in gulf and Qatar in particular for a very long time, they have influenced the national taste of food even to nomadic Qataris. They appreciate Indian food a lot.
In the same sequence, reviewing the ideas and opinions of my friends at school, I learned from them that they are fonder of junk food rather than traditional food. They love to go fast food chains like KFC, MacDonald’s, TGIF, Hardees, and Pizza Hut. The list does not end very soon as Qatar is now open to franchises and international brands more than ever and thanks to globalization.
Within the pass of time, things had changed and the Qatari nomadic taste has been affected with the different nationalities that used to live in Qatar. For example, as mentioned before, Indians and Iranians controlled different parts and industries in Qatar. They eventually started their own businesses. Try and move around Souq Waqif, you shall learn about the Iranians, who own shops in the most heritage part of Doha and also the heart of Doha beside Mesheirab. The Qatari community is also affected by the Levant and North Africa people from Egypt, Tunisia and Morocco. The Qatari cuisine now have Machbous which is a stew with rich spiced rice. It could be severed with meat or seafood where mutton is served with yogurt. Another favorable dish is Ghuzi. It is a whole roasted lamb made on a bed of rice and nuts. You can also eat stuffed boiled goat or sheep served with very tasty seasoned rice. Such dishes are usually served with side dishes of fish, vegerables, salad and chicken. Not to forget dates. Qatar enjoys a variety of the best dates which are usually imported.
The menu goes on with different dishes like Kabsa which is meat, rice, and vegetables. All are mixed with spices. It’s almost like Biryani. Balaleet is noodles cooked with cinnamon, saffron, cardamom and sugar. It could be served with omelet on top. Speaking of drinks, Qatar has the best Arabic coffee and the sweet coffee which is known as Qahwa Helw. It’s an orange mixture with saffron, sugar and cardamom. Qatar also serve Lemon and mint cocktail which is very refreshing. Humus and Motabel as well as Nichee are all dips. Humus is made from tahini where Motabel is a paste from garlic, tahini and eggplant. Nichee is sort of Hummus with no tahini. Qatar is known for desserts as well. Rice budding with bread is known as Om Ali. Mehalabiya which is made from pistachio budding with rose water. Meanwhile the most intuitive dessert which is personally life is Esh Asaraya which is easily described as cheesecake topped with cream.

In a nomadic society of Qatar, people from Qatar and expatriates love being in the desert to enjoy the stunning experience of day and night camping in desert. Some Qatari families create Majlis in desert like Sea Line desert where they invite family and friends and share food and drinks. This tradition is very genuine in the Qatari tradition. According to our culture, sharing and serving Arabic coffee and date are part of generosity and welcoming guests and visitors so it remains a lifetime experience they would not forget. Hospitality is part of the Arabian traits of all the time. Communal dinning is still the known followed tradition in weddings and celebrations on different happy occasions. It reflects the warmth and informality of the Qatari society when welcoming guests and tourists.

Seventy-seven percent of Qataris gather in a Majlis at least once a week and 45 percent every day. Nevertheless, while 52 percent of Qatari men prefer to spend their time in the Majlis rather than at home, 80 percent of the women prefer to spend time in their homes rather than in the Majlis. The Majlis is a place for gathering, exchanging stories and entering into debates, discussions and friendly lively chat. It is a place where people pass on customs and traditions to their children, learn news of different cultures, talk about world affairs, find out about the welfare of one a not her and t hose in the community, and is considered a must have part of any home in the gulf region.
Within Qatar especially, it is known that the Majlis maintains the customs and traditions of this country, where the rules and etiquettes of hospitality, love and respect are passed on from generation to generation. No boy can enter the traditions of The Majlis without knowing that complete respect to those who are elder is paramount, and that there is a decorum and protocol to every visit, whether within the family or outside. Usually, the male Majlis is placed outside of the house, so that men may enter it at any time of the day, without disturbing the privacy of the house. Therefore, its door will be open directly to the outside, hardly ever locked. In complete contrast, the female Majlis is inside the house to make them feel more comfortable, relaxed and part of the home.

The burning of incense is still very much a part of social life in the Arabian Gulf. The aroma of incense is always present at ceremonies for weddings, festivals, and other public and social events. Incense is an integral part of the bridal chest, which contains miscellaneous gifts from the prospective groom to his bride. During Ramadan, the Holy Month of Fasting, some families burn incense after breaking fast and before going to the mosque for evening prayers. Burning incense like oudh is still part of the ritual of welcoming guests. It is more often introduced at the end of the visit. An old Gulf Arab saying states, “Departure is good, after the sandalwood.” Nowadays, specialty shops selling incense have mushroomed in Doha. No one knew exactly how the ritual of burning incense originated but its original use was a strong purifying agent - fumigation. The fumes from the burning were antiseptic or cleansing in character with some plants being more powerful and effective than others.

Khaleeji music is a type of traditional Bedouin music and is one of the most popular types of music in Qatar. It is played using Oud (Lute) and Tabl (Drums). The Oud is a string instrument similar to a lute, while the Tabl is a long drum with skins on both ends. Today in Doha, Qatar, there is a group of people, known as the Shafallah Center for Children with Special Needs, that use music therapy as a service to children with special needs. It is based on a new field known as cross-cultural music therapy. Its purpose is to help the children improve or maintain their health. Although it is not a type of music, it is a new technique used in Qatar that directly uses their different forms of music to help the children. It can be seen that Qatar's national identity is greatly influenced by the Bedouin culture, but as we can see, its influence is not just limited to its past and is open to new ideas.

The Use of Gestures:

Generally, Arabs make liberal use of gestures. Men use gestures more than women. To greet with respect, after the stage of shaking hands, one could place his right hand to his heart or his chest. However, women are allowed to shake hands of men or refuse. Moreover, if a man greets a woman, he should never kiss or hug her.
Similarly, a non-Arab woman should extend her hand to initiate a handshake. Do not shake hands firmly or pump whole hand up-and-down. Also, realize that people shake hands and hold hands longer in greeting than in the West; allow one’s counterpart to withdraw first. Arabs may interpret this behavior negatively if one behaves with too much familiarity toward a person of the opposite sex. They can easily misinterpret behaviors such as overly enthusiastic greetings, animated and joking conversations, and casual invitations to lunch. 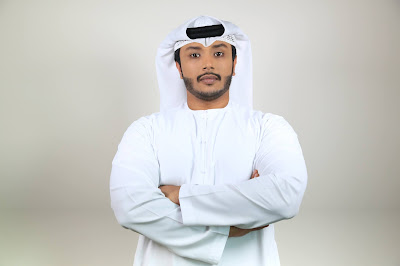