"A Rose for Emily" Summary and Analysis

"A Rose for Emily" Summary and Analysis

Summary of "A Rose for Emily":

Faulkner presented his first short story to the public in 1930 under the name of “A Rose for Emily”. The story contains five parts. Part one starts with the narrator who remembers the death of Emily Grierson and its outcomes. Part two describes the youth of Emily when she was thirty and tells about the serious circumstances that she went through. Part three mentions the severe impacts of such circumstances and how this caused Emily to suffer critical illness. Part four sheds the light on the townspeople and their feeling of worrying about Emily that she may commit a suicide. Part five and the last part of the story illustrates the events and conditions after Emily`s death.

Analysis  of "A Rose for Emily" Setting:

As for the settings and times in the story of “A Rose for Emily”, Faulkner uses a scary old house, Emily`s house, in Jefferson, Yoknapatawpha County, Mississippi, from the time between 1861 to 1930. Faulkner ignores the conventional direction of time throughout the story to introduce the characters’ inner feelings and motivations. He tends to use time shifts, going back and forth in time through the flashback technique. “Emily used to have a custom and obsession from the date 1894 to live alone and isolated from others” (Faulkner, 1930).
First Emily`s father is died in1893, then she suffered from two problems sickness and taxes in 1893. Most men and women in the town wanted to go to her funeral not only for mourning but also for watching Emily`s great house as no one ever seen it from about ten years except her servant Tobe. At the end of the tale, Faulkner reestablished the funeral scene again to reveal the death of Emily. Therefore, the use of alterations and movements backward and forward in time, this helps Faulkner to represent the past and the present as one episode and become capable of releasing the interactions between the two different times. Briefly, Faulkner managed to create a complex, layered, and multidimensional world in his story.

Analysis  of "A Rose for Emily" Major Events:

The events of “A Rose for Emily” pass through five phases due to the five parts of the story. The case study of the story reflects William Faulkner's forms of connections and interactions among France, Mississippi and Latin America. “The story starts with an event of Emily Grierson`s funeral, an old spinster, then the narrator retells the tale of Emily when she was in her thirties; referring to her relationship with Homer Barron” (Dilworth, 2009).
The mysterious plot and events in the story of Emily gives the whole story a sense of excitement and momentous. In spite the fact about the events of the story are travelling back and forward in time, nevertheless, the reader easily notices the direct order of occasions. Thus, the plot is considered an interesting puzzle due to the differences in the order of the events. First, Emily’s father is died then Colonel Sartoris decided to pay Emily’s taxes after that Colonel Sartoris is died too.
As soon as, Homer has appeared in the town, Emily bought arsenic. Then, the town discovered the disappearance of Homer, after short period a bad odor came from Emily`s house. When the aldermen started to get taxes from Emily, they discovered that she is dead and they found Homer`s dead body in her house. One of the major events in the story is the use of cannibalism concept through the shock of world`s values and traditions stirring up the metaphor new world.

Analysis  of "A Rose for Emily" Characters Feelings:

As for the characters` feelings and attitudes in the story, Faulkner presents different characters with different feelings and conceptions. “Faulkner’s story exploits very intelligent and precise narrative strategy that enables critics to get a sense of psychological complicated feelings of people inside the story” (Binder, 2012).
In other words, Faulkner mainly aims to explore the moral insinuations of his time and put his hands on their effects on the characters. Emily Grierson is the protagonist of the story. She is a mysterious lady who converted from a lively optimistic girl to an isolated old woman who wants to live alone far away from people. Her father`s death affected her very badly and made her more pessimistic and depressed; receiving the pity and sorry feelings from people in the town.
Homer Barron was Emily`s boyfriend who was having an affair with her but he didn`t marry her. After some years, Emily decided to kill him and hide his dead body in her house. Mr. Grierson is the father of Emily, he was a controlling, over protective father who affected negatively in Emily`s characters and attitudes. Tobe is the servant in Emily’s house and was the only one who can see and enter it. He was very loyal to Emily and served her faithfully.

To conclude, William Faulkner published “A Rose for Emily” in 1930. Faulkner depended on the thoughts of many writers, to improve his concepts of the modern art. The author wants to reveal the emotions of grief and decay. There are many themes in the story such as; theme of “beliefs versus change” to reveal and understand the effects of the past memories on people. Moreover, the main theme of “A Rose for Emily” is people`s relation to time. Besides, the use of symbols appears in the story through Emily's house to refer to Gothic literature. 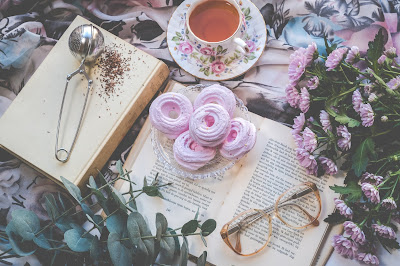