"The Merchant of Vince" is one of the most famous plays of William Shakespeare that was written between the years of 1596 and 1598 in the era of Queen Elizabeth the last England kings from Theodore’s family. The play is direct in its main events and analysis but its characters provided it with a kind of mysterious in which the reader may not be able to determine whether this character is good or bad. In this essay, I will discuss the character of Shylock who is a Jewish moneylender. The character of Shylock is very complex in which the reader or the audience of the play may sympathize with Shylock in some scenes and hate him in other scenes when they see the amount of hatred and hypocrisy.

Analysis of Representing the Jewish Religion:

The Jewish Shylock may represent the Jewish religion and its traditions. This is clear in much of his arguments with Antonio, the main character of the play, about the loan and the refusal of Antonio to get the loan with benefit from Shylock. However, Shylock insisted on the benefit and he gave the example of the prophet Jacob. These kinds of arguments referred too much to the Jewish people.
Shakespeare admitted, according to his knowledge of the Jewish Characteristics as he envisioned from Bible and the holly Quran that this type of characters is argumentative from the first class and it does nothing with faith, it usually wonders and suspects and in some times it turned truths upside down.

Analysis of Being Arrogant and Vengeful:

Furthermore, Shakespeare drew the character of Shylock with the color of Stubbornness arrogance, love of revenge that are some characteristics of the Jewish. This appeared clearly in the play in the scene of trial as Shylock insisted to get the pound of meat from Antonio and refused to get an amount of money as a compensation. In his role in this play, he concentrated on satisfying his needs and his desires only. He said “It Will Feed my Revenge”.
This quotation means that this man looks for his interests and his desires only. Additionally, there are many other bad personal characteristics for the character of Shylock such as cheating, selfishness, and lack of commitment. All these features distinguishes the Jewish who are represented in the character of Shylock in The Merchant of Vince for Shakespeare. Shylock character encouraged his only daughter Jessica to escape away with her beloved after stooling his father’s diamonds and money

Shylock usually justifies his deeds and actions from a religious perspective. For Shylock, Usury is no forbidden and he cites stories and words of the Torah that were not relevant to what he wants. Shylock hated Christianity and Christians and he refused any aspects of any other religions. His end in the play is very bad, as he turned from Jewish to Christian but no one in the country accepted due to their hate for him and his previous deeds. Shakespeare excelled in reflecting his inner feelings before and after his turning from Jewish to Christian.

Shakespeare also excelled in drawing the different characters of Antonio and Shylock in order to show the conflict between Jews and Christians at this time. The character of Antonio is represented as a good wealthy man who tried to help his friend to marry his beloved women by guaranteeing him with the Jewish moneylender Shylock who was in contrast with Antonio and wants to take his revenge because he embarrassed him before. Shylock’s all desires was to take his revenge from Antonio so he refused to take the double compensation when Antonio’s friend could not return the money and he insisted to cut a bound of meat from Antonio’s body but the trick made in the trial saved Antonio flesh.

Shylock As a Human Analysis:

On the other hand, particularly in the humanitarian aspect in the character of Shylock, some people may see that Shylock was not born with evil inside him. They may think of the circumstances that led him to act like this. In fact, Shylock suffered from the bad treatment of the Christians in his country. The people of his country oppressed him, this created a sense of revenge inside him, and this sense grew year after year the matter that made him full of hypocrisy and hatred.
Furthermore, Shylock insisted on getting his right from Antonio in front of the judge as one of his prominent personal characteristic that Shylock refused to forgive Antonio and assured that he must get a bound of his flesh. No doubt, that Shylock was aggressive in this action and he deserved what happened finally in the trial when he could not achieve neither the bound of Antonio’s flesh nor the doubled amount of money as a compensation. The idea of the hatred between the Jewish and the Christians represents great conflict between both parties at this time and Jewish kept themselves inside the circle of this conflict regardless the results and how they can live in the society that its people cannot deal with them.

All these features show that Shakespeare intended to make Shylock a villain not a sympathetic victim. The evil and bad characteristics in Shylock character are represented in different scenes in The Merchant of Vince although the readers or the audience sympathized with him in some scenes.
The conflict between good and bad is represented in this play through the conflict between Jewish and Christianity. This was clear through the connection that Shylock made between his deeds and his religious beliefs that had no relation in origin. The character of Shylock is one of the characters that seeks to cheat and always hypocrisy in dealing with other people. This prevent the people of Shylock country to sympathize with him at the end of the "The Merchant of Venice" story when he turned from Jewish to Christianity and achieve full hatred from the people and also from his daughter before all of this when she escaped with her beloved. 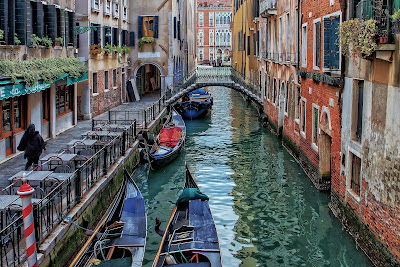