Winter dreams is one of the best stories written by F. Scott Fitzgerald in 1922 to reveal the analysis of the hidden feelings of the rich and the poor. The "Winter Dreams" story speaks about how the rich look for the poor from one hand, and the analysis of how the poor look for the rich people from another hand. Most people in life try to have a higher social status. Everyone tries to have a wealth as if it is the main goal of life. For many people, wealth is the key for happiness or for the perfection in life. The "Winter Dreams" story reveals the humiliating way in which the rich deal with the poor. The rich try to be the superior and look for the poor humiliatingly. Winter dreams represents the views of the author about the desire of most people to gain money and social status.

The word "careless" is used to describe the way in which the rich people deal with all things in life including people. The rich people look for everything carelessly without any attention and concentration. The rich people do not care about the feeling of other people especially the poor. This may be revealed when Judy left her last fiancé because he knew he was a poor.
The author of "Winter Dreams" uses the seasons metaphorically. He uses winter to refer to the beginning of his relation with Judy (the start of his dream). On the other hand, he uses summer as a season which is full of love and happiness. This season encourages all people to love each other and to feel happy and glad. So the author uses this season in order to refer to Dexter's love to Judy. The author uses other seasons (spring and autumn) to refer to fluctuation of feelings and emotions especially disturbances and war.

Analyzing The Idea of Characters' Duality:

Dexter is a character which distinguishes with duality as he can not take a decision himself. Although he loves Judy, he can not take the action to marry her. On the other hand, Dexter concentrates during the "Winter Dreams" story about the confidence which is the main merit which distinguishes him from other people (the rich). He thinks that the poor people are rich with the confidence rather than money and properties. He tries to find the ideal so that he creates many obstacles before him. This is the main cause of his unhappiness as he looks for the idealism not reality. Judy is another character who depends greatly upon the opinions of people toward her. She can change herself depending on the opinion of her suitors. Judy can not form her own life but she depends upon people and their reactions toward her.

Analysis of The Importance of Dreaming:

In the beginning of "Winter Dreams" story, the dream of Dexter is to have wealth and success. On the other hand, he does not accept those who are born rich as he describes them "careless people". Frankly, Dexter is conceded as a symbol of the American dream for success and wealth. Dexter suffers greatly during his trip toward success and wealth. Dexter is a symbol of the middle class people in any society and their attempt toward wealth. This is represented by the attempt of Dexter to marry Judy "the upper class in society". So, we can find the middle class tries to catch the upper class.

Conflict between Idealism and Reality Analysis:

The story "Winter Dreams" represents one of the best examples of the conflict between idealism and reality. Dexter is a poor man who searches for happiness and love. He looks for Judy as the only one who can love her. For Dexter, Judy is considered as the ideal girl in the world as she has all things in which all men dream with. On the other hand, Dexter tries to go to the reality through the return of his own life. Although he tries to convince himself that Judy has many defects, he can not stop loving her.

The Change of Dreams Analysis:

To sum up, "Winter Dreams" story manages to reveal some important issues about the views of the rich for the poor people. Truly, the story of "Winter Dreams" tries to teach us that there is no one absolute dream as each one has a lot of dreams. Dreams depend greatly upon the each of people and the possibilities in order to achieve the dreams. 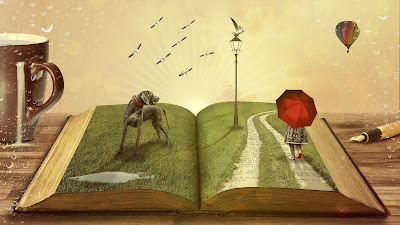