Effects of Globalization on the Environment

How Does Globalization Affect the Environment?

Globalization affected the whole world and made it confront different types of pollution. Air pollution is the most critical effect of globalization that would ruin life on earth. Moreover, globalization contributed to a degradation in the entire sides of the environment. The movement towards globalization seemed inevitable with the effects that struck heavily the world. These effects which include reduced genetic divert in agriculture like the loss of crops varieties as well as livestock breeds, elimination of wild species pollution of the air and water as well as soil, spread of exotic species and accelerated climate change. However, the immense dominance that creates an impression of great performance, a series of conjunction of formidable limiting elements is now acting to stop the process of globalization to end it altogether.

Globalization is the main reason for the spread of air pollution in many country such as the United State and China. Most countries established many factories and great industries in recent years that participated in the spread of air pollution and caused people to suffer from many lung diseases. According to Lim, 2007, China has about 16 of the world`s 20 most polluted cities in the whole world. This is because of the industrial revolution and the spread of globalization that affected negatively on the environment. This essay, tries to discuss the major negative Effects of globalization on the environment that caused air pollution.

What Is Air Pollution:

Air pollution is the introduction of chemicals that affects humans, plants and animals’ health. It is the main cause of the global warming and cancer. Smokestacks of the factories and power plants are one of the reasons behind air pollution as week as fires and chemicals. Fumes of paint spray and aircrafts can also be witnessed as an air polluting factors. The common causes of air pollutions are due the high burning happening daily which includes particulate matter, nitrogen oxide, Sulphur dioxide and ground level ozone. Yet, particulate matter remains the most affecting to human living’s health. Air pollution is the cause of many diseases that happens to us without previous knowledge like asthma, emphysema, and bronchitis. The increase of flights going and coming to Beijing's airports has contributed negatively to the country’s air pollution. The excessive constructions which are taking place now all in one time have been also monitored as attributing factors in the same issue. Residents of China have reportedly they smell of gas-like odor all the time.

Globalization increased air pollution and forced many countries to suffer from severe environmental problems. The Effects of globalization are being seen not to be made by domestic variables, however, it happens according to wild relatives of plants and goods. The main environmental costs of internal free trade is the main issue. The contamination of globalization to life is represented in water, soil and air pollution. It is also related to the exhaustion of non-renewable resources and the process of earth recycling of resources. All of these negative consequences have resulted into a global climate change because of globalization. The wild relatives of cereal, fruits and vegetable will definitely be hurt by air pollution. In return, other crops that constitute a crucial resource for genes that affects disease resistance and environmental adaptations like starch content, pedaled male sterility and harvest as well as transport adaptions.

Effects of Globalization on Air Pollution in China:

China is one of the most prominent examples of the countries that suffer from air pollution because of globalization. The heavy traffic is a main factor of increasing the issue on the land. Every day people witness many vehicles in the street across the daytime. Thus, it is leading to more gas burning every morning and more health problems in return. The massive increase of population over the past few years has put the Chinese environmental situation on the verge of falling more and more into the circle of top polluted cities which affects China`s economic strength and reflects the escape of investors to other countries. Globalization led to the expansion of economy and the appearance of new products and new consumers. This phenomenon appeared clearly in China due to the large number of population who live there, which made them seek to find new industrial ways. China started to build many factories and industrial organizations in order to cope the requirements of people and increase the exports. According to the New York Times Magazine, 2014 "The Globalization of Pollution", China turned to be the most eminent factory floor that produce all types of products such as clothes, electronic devices and many other products that increase the emissions of pollution on air.
With the massive increase in the projects that cover cement, metals side by side the petrochemical and desalination, any city or country can be badly polluted because such projects implement high power plants to assist achieving their works and this in return means a lot of burning and use of coal and other fossil fuels. Therefore, most Chinese cities have polluted air and not healthy for lungs and breathing in general because of the high percentage of carbon dioxide in air. The more urban life increase, the more industrial the city becomes. Hence, the increase of air pollution can be justified. Studies are working to put new bold guidelines and regulations to deal with the situation happening on the land every day. Chinese government has started many projects studying and monitoring the air pollution as a catastrophic issue affecting its economic and industrial growth.

The amount of fuel being consumed daily in transportation has led to a higher rates of pollution level in the countries’ environment. It also led to major environmental concerns like landscape intrusion and noise pollution. Transportation also has put a strain on the non-renewable energy sources like gasoline.
Speaking of Ozone layer depletion, gases are emitted from different vehicles and aircrafts as well as greenhouses effect all impose a major effect on safety of humans on earth. The industrial wastes which is generated as a result of the massive production has been sent to ships to dumb them in oceans. However, this wrong behavior has killed many underwater organism and destroyed many creatures as well as wasting chemicals in the oceans. This damage of ecosystem has resulted from the fossil fuels as one form of leaking containers of petroleum vessels which causes a real threat to the environment based on industrial and monstrous economic globalization.
Pollution of soil is also another factor of globalization and industrialization. Many different chemicals have been thrown in the soil that later resulted into the growth of many toxic and noxious plants and weed. The toxic waste also resulted in a lot of damage to plants because of interfering in the formation of their genes. It has put a huge pressure on the current land resources.
Another form of pollution and negative effect is the encroachment of land in terms of nature. Parts of world’s mountain are being cut to facilitate the way to passing highway or tunnel. The enormous barren lands have been totaled to pave the way for new structure. Meanwhile humans are proud of the modern innovations, the long term effects on the environment is huge and irreplaceable.

Humans have to wake up first from their extremely extended nap. They have to reduce their consumptions if they wanted to live properly. Globalization has come to stay and nobody can change it. Also fighting against capitalism and social capitalism. In order to solve this issue, we need a strong awareness and fresh understanding to the consequences of where we have reached now. Understanding the danger of high consumptions and its relation to the climate change and global warming. There is no time to delay anymore second or future generations will not find the proper land to live on. Once the earth is angry, many of us will find their homes into the trash. We have seen already tsunamis and we are not working hard to stop it from happening. Earthquakes as well are another way. So the main solution is all about awareness and then comes the change.

Globalization is not a monster. However, the abuse of globalization and self-interests have jeopardized our existence on earth and future generation will suffer. The only solution in this traumatic problem is the awake of awareness and fighting against capitalists who only want to gain more money by imposing their ideas of consumption and giving us the impression of desiring their products where, the mere fact, we barely need them. The excessive use of earth resources based on globalization implications and greedy capitalism will definitely lead to extinction of many species on earth including us, humans. It is better late than never. Raise awareness of everyone around us if we want a better future. 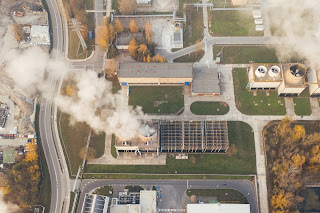