Essay about Divorce Causes in Qatar

Essay about Divorce Causes in Qatar

Divorce in the State of Qatar has increased recently. There are many aspects causing divorce. The situation is not favorable. The divorced woman is more affected than the man is. In Qatar, percentages are fearful according the Qatar Statistics Authority. Based on their data, the numbers are alarming and pointing at several points that have to be eliminated quickly to prevent the society from collapsing. The causes are various according to the family traditions, family marriages, relative marriages, early marriages, the educated women and the family influences. All these factors are considered the main causes of divorce in Qatar. High divorce rates in Qatar would be caused by financial problems, converting to the Western lifstyles and the conflict between husband and wife.

One of the main causes of divorce in Qatar is financial problems. It is notable that Qatar is the richest country in the world in terms of population versus expenses. The Qataris enjoy high rates of financial prosperities such as the high incomes. However, some of them mistakenly ruin their resources. In fact, this results in the main financial problems that force the couple to seek divorce because of the inability to sustain and continue their lives. Another factor is the high demands of the two families before and after the marriage. An individual who has a lot of debts due to cash is more inclined to divorce. The money related issues may begin in the initial couple of days of marriage in the event that they spent an excess of cash on the wedding service, or because of lavish travel, or facilitating an excess of gatherings without appropriately dealing with their monetary circumstance from the earliest starting point. For this situation, the wife may not recognize that her spouse experiences difficulty and she will continue requesting a great deal of things.

Cause #2: Modernity and Western Life Styles:

The Qatari society has developed very quickly in the recent years. With the incoming western lifestyles and modernity, the rates of divorce have increased. There is a link between the two descriptions. First, modernity means the new methodology of education and learning according to the male and female. The Qatari woman is less affected than the male because they are not holding positions in several notable and remarkable places. For example, women cannot be a president in Qatar. this means the woman is not at home as usual and she became equal to her husband. For example, the modern technology has its own effect too. Most of couples are busy with different priorities and issues. Thus, the divorce rates are high.

Cause #3: Conflicts and Misunderstanding Between Couples:

Usually, the misunderstanding and conflicts between the couples generates sad relationships that usually end up by divorce. Hence, it is essential to mention that fighting that is generated because of the work stress and family interventions between the married couple is the main factor of creating conflicts between the husband and wife. A standout amongst the most widely recognized a cause for divorce is business. Individuals are busy with their works and duties. The work's anxiety and issues accompany them to the house, which make them appear in their home physically while their brains are somewhere else. Subsequently, an absence of correspondence will happen between these wedded couples. They will not converse with one another about their own life as they used to do, which winds up with a chilly relationship.

To sum it up, divorce is one of problems that may occur in any society in the world. Simply, it means destroying the social bonds and the ethical side of divorce. The development of life may play a great role to increase the divorce rates in Qatar. The divorced woman is more affected negatively by the divorce. However, there are different ways to handle this issue according to scientific regulations and solutions. People shall think about their children before divorce so that they can grow their children together. 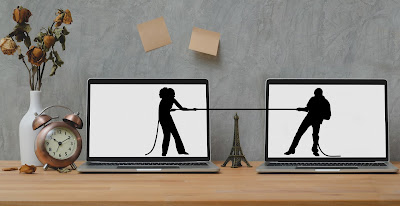