The story of "Hamlet" was written by the great writer William Shakespeare, who is considered the greatest writer and artist in English history. He went to a good school but he didn`t go to university. He is the best epic plays writer and his works are so prominent and effective not only on his age but also on other ages and periods of time. His plays have been translated to all languages as he was worldwide writer who made plays and sonnets. The most popular plays of William Shakespeare are King Lear, Othello, Macbeth, Julius Caesar and Hamlet. The major sonnets are sonnet 18 and spring.

Social and Historical Context of "Hamlet":

The play is written in the Elizabethan Age in England in the early of 1601s. the historical context of the play asserts many sides such as the political side and philosophical side. The political side through the reveal of crimes and murders as Hamlet`s uncle has murdered his father and got married to his mother to seize the rule of Denmark. Hence the philosophical side was clear through the appearance of many theories such as Existentialism, through the wonders of Hamlet “to be or not to be” and Skepticism, through Hamlet`s hesitancy to believe or not in the ghost of his dead father. The social context was through, the story took place inside a large castle; there were royal furniture in the rooms, beautiful curtains and pictures. The customs and garments of the king and queen were also royal and amazing. Hamlet and Ophelia were wearing simple but also pretty clothes. There were also swords in the big swordfight scene at the end.

The majority of its events take place in Denmark while the others happen in England. It was written in the late middle ages between the fourteenth and fifteenth century. Shakespeare in Hamlet tells us the story of a ghost that appeared in Elsinore Castle to tell its residents something.

1- Hamlet: A prince who seeks for the revenge of his dead father.
2- Claudius: A man who kills his brother and marries his wife to take power and become the king.
3- Gertrude: The Queen of Denmark who dies at the end after being poisoned. She is Hamlet’s mother.
4- Polonius: A lord who thinks that Hamlet is in love with his daughter.
5- Ophelia: Polonius’s daughter.

A Ghost Tells a Secret Summary:

Hamlet story talks about a ghost that appeared at one dark night in Elsinore Castle in the country of Denmark in order to tell a secret. In fact, it looked like the dead King Hamlet whose brother Claudius took the power after his death and married his wife named Queen Gertrude. When one of the workers in the Castle called Horatio and other guards saw the ghost, they called prince Hamlet, the son of the dead King, to talk to the ghost.

The ghost confirmed indeed that he was King Hamlet’s spirit and asked the prince to revenge for his father’s death and murder the killer who definitely was Claudius. As a result, prince Hamlet dedicates all his life to get revenge and became terribly sad because he was confused whether Claudius was the real killer or not.

Claudius and Gertrude Are Worried Summary:

On the other hand, Claudius and Gertrude became worried for Hamlet and decided to employ two of his friends, Rosencrantz and Guildenstern, to watch and take care of him. Then the lord of Chamberlain named Polonius proposed that Hamlet was in love with his daughter, Ophelia and although Hamlet was mad, he didn’t seem to love Ophelia and told her to become a nun as well as his wish to prevent marriages.

In addition, when Hamlet knew that a group of actors was coming to the country, he thought about making the actors perform a play in which Hamlet believed that his uncle was his father’s murderer. The reason behind this idea was because if Claudius was the true killer, he would give any kind of reaction. Thus, the play was performed and when the scene of murder was close, Claudius left the room and Hamlet knew that he was the killer. Because Claudius was afraid of Hamlet, he decided to send him to England. Hamlet then went to talk to his mother in her room in which Polonius was hiding behind a tapestry. Hamlet heard a noise and thought that the hidden man was Claudius, so he took his knife out and stabbed the fabric leading to the death of Polonius.

Because of this crime, Hamlet was sent by Claudius to England with his friends Rosencrantz and Guildenstern and ordered them to give orders to the King of England in order to kill Hamlet immediately. After she knew her father’s death, Ophelia was drown in the river. Her brother, Laertes, who was in France, got back to Denmark to kill Hamlet after Claudius convinced him that Hamlet was the reason for his father and sister’s death.

On the other side, after Claudius received letters from Hamlet mentioning that he was going to get back to Denmark after his ship was attacked by pirates, Claudius thought of a plan to exploit Laertes’s wish to kill Hamlet and to get rid of Hamlet at the same time. Therefore, he decided to make both Hamlet and Laertes confront each other in a sort of sport but he poisoned Laertes’s sword so that when he attacks Hamlet, he dies of the poison. He also poisoned a goblet that he would give Hamlet to drink when he scores the first and the second hits of the sport in order to guarantee his death.

Beginning of the Fight Summary:

The fight began and although Hamlet scored the first hit, he refused to drink from the goblet and Gertrude was the one who drank it leading to her death. Laertes wounded Hamlet but Hamlet didn’t die immediately. In the beginning, Laertes was injured by his own sword but before dying, he told Hamlet that Claudius was the reason for the Queen’s death.

Summary of the Story End:

Therefore, Hamlet stabbed Claudius and forced him to drink the rest of the goblet. Both two men died. When a Norwegian prince called Fortinbras entered the Castle, he was really devastated by the death scene of the whole royal family. Then he took the power and Horatio told him Hamlet’s story. At the end of the story, Fortinbras asked to carry Hamlet away in a manner that fitted a fallen soldier.

Event 1:
In act 1 when Hamlet met the ghost of his father and he told him the truth about his death. The ghost told Hamlet that Claudius has murdered him by putting poison inside his ear and robbed his life, country and wife. He asked Hamlet to take his revenge from his uncle but not hurt his mother and leave her for God to punish her.
Event 2:
In act 2 when Hamlet was talking to himself in a great soliloquy that describes his feelings of wonder and skepticism. He posed a question of “to be or not to be” and he proclaimed that the best was to end our suffering is to die.
Event 3:
In Act 3 Claudius felt regret about murdering his brother and he described his crime as a wicked crime. He asked God to forgive him and his bad deeds. He declared that he killed his brother to gain his dreams of the throne and marry the queen. His heart was hard like a stone but he really wanted to repent and ask for mercy from his God.
Event 4:
In Act 5 when Hamlet apologized to Laertes about killing his father but they have to swordfight as Laertes wanted to get his father`s revenge and kill Hamlet notwithstanding that Laertes has accepted the apology of Hamlet.

As for me, I believe that the story is really interesting and complicated. It is full of different events and talks about a lot of themes such as betrayal and hatred. William wants to attract our attention to the idea of hatred and doubt. In other words, when the human doubts all what surrounds him, he becomes mad and seeks to find the real truth. In addition, when his heart is full of hatred, he starts not only to search for revenge, but also to like this and look for more. According to my opinion, I believe that Hamlet shows us the consequences of murder, treason and revenge. I would recommend this book for others as it is interesting play and Shakespeare`s masterpiece. There is a clear message of hope inside the story as the story paves the way for weak people to be brave and get rid of any fear or hesitant feelings.

My Favorite Character and Learned Lessons:

My favorite character is Hamlet as he was so brave and hero. He wanted to take revenge for his father by killing his wicked murderer uncle who killed his brother to get the throne of Denmark. Hamlet was so honest, thoughtful and believing in goodness despite he was living with wicked and bad people.
As for the lessons learned from Hamlet, they are as follow:
1. Experience through the plot of the story and the secret stuff of goodness and God, as the story reminds us that we all have faults and we are not perfect.
2. Most people are suffering in this life even kings and princes, everyone has his/her special sufferings and bad circumstances.
3. Greedy leads to the Destruction of the person and it was clear after Claudius has murdered his brother to get everything and the throne he has killed by Hamlet at the end of the play. 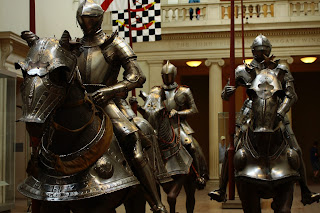