"Henry VIII and His Six Wives" Summary and Characters

Characters of “Henry VIII and His Six Wives”:

1. Catherine Parr: King henry`s sixth wife and the one, who apparently stayed with him till the end, she acts like the narrator within the story as she provides her maid with all the details about the king's life. When her maid asked her from where did she get all the details she told her that living in the palace with all the rumors it`s easy to add one on one and so that`s how she knows everything. Catherine appears to be a very objective character, even while speaking about her dead husband her observations about his life and his wives are not mixed with emotions but with facts.
2. Margret: Catherine`s Maid, her role is the same as the audience in a play or the reader in a novel. She hears the stories about the king’s marriages and reacts to them the way we would react, she asks the questions we would ask and gets the answers we would want to hear. Her utterances are mostly consistent of question and when not she tries to compare herself to the heroine of the stories she`s told about.
3. Henry VIII: Although not present within the story, we get a glimpse of the king’s character from what we are told about him by his sixth wife. The king is thought to have been a handsome young man who loves riding horses and speaks four language but as time passed by he gained weight and his health deteriorated. Before his death he`d grown fat like a panda and his wife mentions that he`d grown bald too.

Summary of “Henry VIII and His Six Wives”:

The story starts with Catherine Parr, the sixth wife of Henry VIII, attending the king's funeral and then going back to the palace to have a look at the king's old room before his son officially enters the palace. Catherine and her new maid Margret enter the king’s room and find a box full of letters from the king’s wives; they decide to take the letters with them to read them latter. The following day Catherine and Margret start reading letters and before each letter Catherine would start telling Margret about the circumstances surrounding the king’s marriage to each one of his wife.

Getting Married to Catherine of Aragon:

Before the first letter, Catherine starts telling Margret about the king’s first wife, Catherine of Aragon, a beautiful young lady who stayed married to the king for twenty three years. She and the king had a son and a daughter together, however, the son didn`t survive and only the daughter was left. According to Catherine, The king was not happy about that and so he divorced Catherine and married another. Catherine and Margret then start reading the letter and they find out that it was a letter from Catherine asking the king to rethink his decision and Catherine comments that he never did and that he established the church of England only because the catholic church wouldn`t grant him a divorce with Catherine back then. Margret comments that he must have loved his second wife so much because he went so far to marry her but Catherine thinks otherwise, because they were only married for three and a half years.

Getting Married to Anne Boleyn:

His second wife, Anne Boleyn, according to Catherine, was a clever woman who refused the idea of becoming the king’s mistress and left him with no choice but to marry her. She gave him a daughter but still couldn`t manage to give the king a son. She also loved telling the king what to do and that made him angry with her. The king was angry with her so much that he believed the rumors about her being a wild woman and sent her to her death, however, Catherine tells Margret that the truth of the matter is unknown till now and that maybe she was innocent. They both then start reading her letter and they see that she confirms her innocence in the letter and asks the king to take care of his daughter. No sooner than Anne died the king married his third wife.

Getting Married to Jane Seymour:

His third wife Jane Seymour was according to Catherine, a calm and gentle person. She was the queen of England for a small period, but she managed to satisfy the king and give him an heir, Edward. However, she died soon after giving birth to the prince and that caused a lot of grieve for the king so much that he locked himself in his room for a while. Margret and Catherine then reads Jane’s letter and they discover that it was only a goodbye letter from the queen because she felt her death was close.

Getting Married to Anne of Cleves:

Soon after his third wife`s death, Henry married Anne of Cleves, his fourth wife. Catherine mentions that Anne of the Cleves was very famous for being an ugly woman and that he didn`t seem to like her much because she was ugly. The story of the marriage, however, was not something she was familiar with but her uncle supplied both of them with the facts about the marriage and he mentioned that the king didn`t see his queen till it was too late and as a result, he couldn`t back out from the marriage. However, he divorced her after only six months without touching her.

Catherine and Margret then read her letter together and they discover that the king gave her a palace to live in and provided her with good money; they conclude that she seems happy and moved on to the fifth marriage henry had before Catherine Howard, an eighteen years old girl with a thirty year difference in age between her and the king, Catherine was a young girl with history that Henry didn`t know about. She had lovers before their marriage and even fell in love with a young boy after her marriage. Henry sentenced her to death the same way as Anne and her letter only had her begging for forgiveness before her death. Finally, King Henry VIII got married to Catherine Parr, the narrator of the story and this happened before his death. 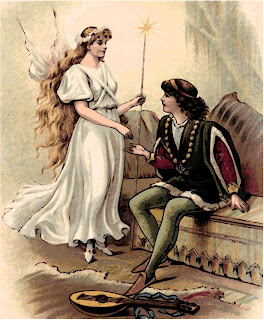