One of the sports that contribute in changing the muscles of the body to become stronger as well as making them in a good shape is gymnastics. As a matter of fact, gymnastics has a great positive effect on health because it increases both fitness and agility. However, great power and force are required in order to perform this tough sport. Moreover, people like to watch gymnastics on television especially during the Olympics because athletes do their best in order to do the most amazing and difficult moves and performances. That’s why this sport catches the attention of many viewers hence it involves breathtaking events, entertainment and excitement. Actually, Greece is the first country where this sport used to be practiced and performed. Gymnastics could involve three categories which are rhythmic, artistic and trampoline gymnastics. Here they are in-details.

Despite the fact that this kind of gymnastics appeared for the first time in Sydney since 2000 AD, hence it is full of rich history. Besides, trampoline is performed by both men and women. In addition, it includes four main events which are: synchronized, tumbling, double mini and individual trampoline. This sport is really exciting and spectacular because athletes do their difficult and astonishing moves on high heights which could reach eight meters. That’s why injuries are really common hence athletes could fall from these terrible heights and hurt their bodies. On the other side, many countries started to invent certain devices in order to push performers towards the air. What’s more, circuses designed and created other apparatus so that players could do dangerous and tough moves. Finally, stunts used to practice the sport on the floor to please viewers.

As for acrobatic gymnastics, it is a great type of gymnastics that started thousands of years and it is great because it depends on balance. Moreover, athletes like to practice it because they enjoy while twisting and flipping with their mates and friends. Unlike other categories which force players to stand using their hands on bars, acrobatic gymnasts use their hands or their whole body in order to stand on their co-partners’ shoulder, bodies, feet or hands. Due to the fact that acrobatic gymnastics comprises various levels like low, medium and high, any person could have a chance to practice it. As for the amazing benefits of this sport, acrobatic gymnastics increases the agility and balance of body in addition to improving the movements and the ability to land on the ground without facing any troubles and problems. Furthermore, it is considered as the best sport for many persons who face problems in practicing other sports because it doesn’t determine a certain age or faculty.

As the name shows, rhythmic gymnastics started in 1940s and it is performed through dancing and moving to music besides using certain devices in some cases for the sport. What’s more, men can’t practice this sport because it is limited only to women who perform ballet and other individual five techniques through using one of these devices: rope, clubs, ribbon, ball and hoop. On the other side, there are techniques and routines which could be performed in groups. However, these groups include only two to six players who do their moves through using two devices only chosen by them. Finally, it is the best sport because it combines between art and sport.

This kind of gymnastics is considered as one of oldest ones because it started in 1896 AD. Besides, it is the second most watching category of gymnastics by Americans. In addition, athletes who practice this sport are in great numbers. According to SGMA or known as the Sporting Goods Manufacturers Association, more than one million men perform artistic gymnastics. Moreover, almost twelve thousand male and adolescents take part in the American Junior Olympic Program. As for the events in which males compete, they are six: floor exercises, vault, pommel horse, and parallel bars, still rings and high bar.

As for women’s artistic gymnastics, it started in 1928 AD. It is a strong sport because it requires a lot of skills and abilities like balancing, twisting, flipping and swinging in addition to other faculties. The same rules of men’s artistic gymnastics apply on this sport. It is also practiced by women from various age groups. On the other hand, it contributes in boosting and improving the strength and agility of the body as well as increasing self-confidence and creativity. Moreover, it affects positively both mental and physical health.

To sum up, gymnastics is one of the greatest and most exciting sports in the whole world. In involves various categories like trampoline and artistic gymnastics. Besides, it is very famous and viewed by a lot of people across the world. Some categories are practiced individually or in groups. Therefore, I believe that many people must thinking about playing such a great sport to increase their bodies’ fitness and agility. 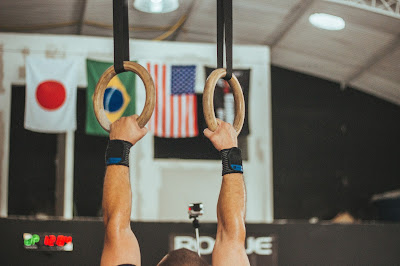