Pirates in the Past and Present Time

Pirates in the Past and Present Time

Do the pirates change over times? Piracy and pirates have been known for steeling and destroying the ships for gaining wealth and weaponry. However, some of them were used by other authorities like the Anglo-French countries against the Spanish state in the old days. Piracy was considered a coming things in the Ancient Greek and Roman age. Ships sailing from those two areas were easy targets for the pirates because they were very close to the coast. In spite that the past and the present pirates’ goal is to steal ships, they have changed over times.

History of Piracy in the Past:

Piracy in the past was created for specific purposes and by small gangs of pirates. It used to be in the very old age of Greeks and romans. The Greek pirates used to attach the Roman’s ships in the Adriatic waters. In return, Rome attached the Illyrians twice after their aforementioned attacks. Since then, by the 10tht century BC, pirates were settled in the island of Crete which remained for almost 800 years. The history also tells about pirates who came from Antalya; Turkey now, and they were called Lycians.
In 1194, Ramses the 3rd destroyed their havens but this destruction did not stay long until they regained their strength. Romans destroyed the pirates in 67 BC. Later the returned after the fall of the Roman Empire. Old history also witnessed pirates coming from Cilicia when is also part of turkey today. Lycians were very powerful and were not suppressed until the 18th and 19th century by the British naval forces. Cilicia’s position between the Egyptian and Palestinian sea lines made it easy for Cilician pirates to be very strong to have their place as the strongest haven of pirates ever.

Nowadays, the piracy had cut a very long way of advancements and arming themselves with technology. It became very easy for a small ship with modern equipment like a GPS to haunt down any ship no matter what size it is. Their places have changed and they are now living in the waters of South and Southwest Asia, as well as the Caribbean and Somalia costs after the collapse of the Somali government in 1991 that created a lot of gangsters in the country.

Types of Pirates in the Present:

In the modern life, pirates are two types. There is the small gangs that work for themselves and they are only after money and weapons. The other type of pirates is the group gangs who seem to maintain their share of wealth and weapons same as the small groups. However, they work for a one leader or an authority. They are formulated in linked groups and they create a remarkable threat to the areas they inhabit. Modern pirates target small cargo ships because it is easy to attack because most of the time these cargo ships slow down their speed in order to facilitate their crossing the straits.

Finally, nothing can stop the pirate works unless there is an immense and truthfulness made by world’s country leaders in order to fight them hard. They are a real threat to national securities of some of the greatest countries unless they are funded by other beneficiary authorities. The privacy world is full of different challenges and changes but they seek to have a control over ships. 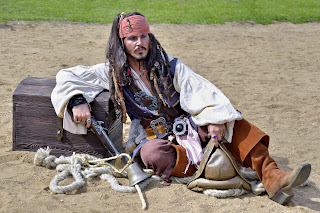