Reasons for Arabs Immigration to the US

Reasons That Arabs Immigrate to the US

Immigrating to the US is one of the biggest dreams for Arabs and non-Arabs. For almost all the developing countries, people dreamam of either migrating or finding a way to be in America through business, tourism or any kind of Visas. However, migrating to the US for average income individuals is very hard, sometimes impossible unless you have bank accounts with fair amount of money to cover your application. On the other hand, plenty of reasons exist that make Arabs prefer to migrate to the US, which are not applied in their own countries. The main reasons that Arabs immigrate to the US are finding better education, democracy and economy.

Reason #1: The Strong US Economy:

The economy can encourage Arabs to travel to the US. The Middle East and especially the Arab region have been suffering from huge aggression in the late decades from wars to revolutions passing by terrorism. However, all these reason are all made up in the matter that people remain undeveloped. That is why people dream about moving to the US because they think about how to secure a living there or open a business if you are a businessman.
Arab people travel to US to find a suitable job and good economic status. The US encourages people even to immigrate to their country. So again, one of the biggest reasons is the economic and financial instability in the Arab world because of the lately stubborn and destroying wars as well as the Arab spring letting people jobless for few years. America for them represent the dream of having a stable and secure financial living. Besides this point, remains also the security. Economic stability in the US can encourage many people to travel to the US.

Reason #1: Good Education in the US:

Arab people travel to USA because of the education. Here in the Arab region, the educational system has deteriorated in an extreme way. That’s why people who are having the chance to go to America, they definitely do not waste the chance to go for a better education.
One of the very essential purposes of life is to be armored with the science and knowledge wherever you go. The world is not welcoming now who are even computer illiterates because education means survival in the future. America offers the highest institutional and universities for academics and arts. Whoever interested in learning from the sources has to travel and find a student visa or a permanent visa in order to get all the privileges. There are many reasons that makes education in the US worth it. You get better chances to motivate and inspire yourself. You assess your potential calibers. Moreover, the institutions and universities are very advanced and respect the researcher or student. Even if they thought about returning to their homes, it would be easier for them to find good jobs with high salaries.

Reason #3: Democracy in the US:

The third reason for immigration to the US is the democracy. This also relate to reason one which is concerned about the safety and economics. The US demonstrates high level of democracy in terms of choosing the president and congressmen. Also the election process in the US is fair and gives the chance for everyone to express themselves.
Some of these factors are not found out the Arabian communities and due to the ill regimes that stays in charge of the country for decades. This is unhealthy for people in the Arabia. The US still holds the American dream to be the land for everyone for liberty and success. These attributes are the main factors why Arabs and non-Arabs love to immigrate to the US for these reasons. America enjoys a healthy atmosphere of democracy and it’s known for all how the president pass through tough stages until they reach to the presidential chair. Accordingly, Arabs compare their current situations in their motherlands to the US and the latter country wins indeed.

To sum it up, the US still holds the hope for immigrants from all over the world especially for Arabs during these hard years. Since the Arab regions suffers from wars and instability of the economics, the need to move for another country is one of these solutions. Arabs hold the vision of America as the land of dreams. Some are quite right about it meanwhile the others tend to find a brighter future in their own countries. Science, education and financial reasoning are enough attributes to think about moving to the US or any other country where you can find your lost hopes in a chaotic world. 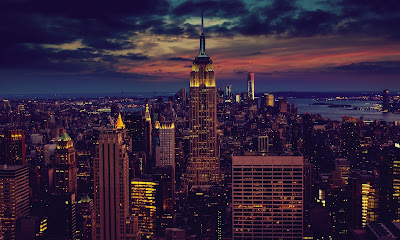