Author of "Romeo and Juliet":

William Shakespeare is the author of “Romeo and Juliet”. He is the best English poet and dramatist. He was born in Stratford in England in April 1564. His father and mother were rich a little bit. He has written the total of one hundred fifty four poems and thirty-eight plays. His works have been transferred to many languages. He has died at the age of 1616 at the age of fifty-two.

Setting of "Romeo and Juliet":

The setting of the story is in Verona, which is an Italian city.

Characters of "Romeo and Juliet":

Plot Summary of "Romeo and Juliet":

Hospitality between the Two Families Summary:

The story starts with a hostility between two families. These two families are the family of Montague and the family of Capulet. At the beginning of the story, Prince Escalus warns both families against each other. The king raised the punishment to killing of any person of any family fights against another one from the other family would be killed.

Then, Romeo, who is a family member of Montague shows his love to Rosaline. After that, Juliet appears as a very beautiful girl in her thirteen. Juliet is a member of the Capulets. When Romeo sees Juliet at first, he loves her and she loves him.

The Problem of Families Summary:

The problem is that both families do not like each other. They two met one more time and decided that they should get married. When Tybalt, who is the cousin of Juliet, knows, he wants to kill Romeo.

In this moment, Romeo knows that Juliet is one of Capulet family. However, this did not distract Romeo from Juliet. After the party of the Capulets, Romeo decided to go and meet Juliet. The two decided that the hostility between their family should end and they should marry.

The Marriage of Romeo and Juliet Summary:

Afterwards, they got married through the help of Juliet’s nurse and Friar. When Tybalt knows this, he insists to fight against Romeo. Mercutio defends his friend Romeo and he is killed by Tybalt.

As a revenge for his friend, Romeo kills Tybalt. After this accident, lord Capulet wants his daughter Juliet to get married Paris. By an advice of Friar, Juliet accepts to do a trick by pretend that she is dead and writing a letter to Romeo telling him of the trick.

Summary of the Story End:

Friar could not deliver the letter to Romeo who arrives at the vault of Juliet. He thinks that she was dead, so he committed a suicide. Juliet woke up and found him poisoned himself so she suicided. Both families arrive at the vault and they agree to start a new page.

Themes of "Romeo and Juliet":

1- The theme of love between Romeo and Juliet- and single love from Tybalt and Paris towards Juliet.
2- The theme of revenge when Romeo killed Tybalt for killing his friend Mercutio.
3- The theme of hatred between the family of Montagu and Capulet.

Criticism of "Romeo and Juliet":

"Romeo and Julliet" story is very interesting. It teaches the reader many lessons. The first lesson is that the way of hatred is always black. The second lesson is that love has no limits. The last lesson is that people should help each other to be happy. The events of the story are very enjoyable. 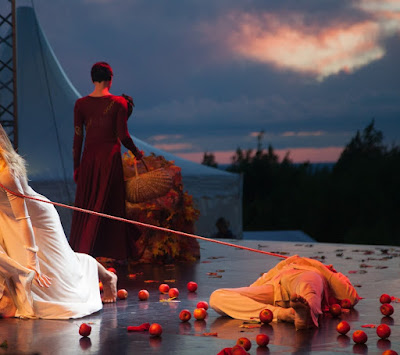