"Shooting an Elephant" Questions and Answers

"Shooting an Elephant" Questions and Answers

Shooting an Elephant written by “George Orwell” is considered one of the greatest examples for an old essay, discussing one of the bitterest moments in the life of Burma’s nations, the imperialism. Imperialism in our story related basically to the occupation of Burma as one of the Indian dependent colonies by the British forces and how the imperialism treats the original settlers of the lands who were represented in native poor ordinary people. The writer was concentrating on the inhumanity in the activities of the British imperialism against one of the poorest nations in the Indian lands; and how they were treated by cruelty and inhumanity.

"Shooting an Elephant" Questions and Answers:

Question: What Are the Main Themes of the Essay?

Answer: Through the story of "shooting an elephant", there were a lot of different themes and key points which were shown in order to be conveyed for the reader in order to show some of the inhuman activities which were practiced by the British imperialism against the poor Burma’s nations. These key points or these can be represented in many different and various shapes.
Firstly, the theme of imperialism and this one is considered one of the basic and essential themes because of the nature of "shooting an elephant" story and the narrator job’s nature as a policeman serving the one of the police stations in the town.
Orwell was one of those who were known as the anti-imperialist writer; this matter made him shown as one of the human rights supporter in his time and his enhancement for giving the rights for their owners finally.

Question: What Is the Main Style of the Essay?

Answer: About the style which is used widely in "shooting an elephant" story of Orwell, he was succeeded in making wonderful portray with using simple world and varied languages in order to make the readers get involved in the event and feel with every single detail of the story’s details. He was very successful in using and molding the metaphors in order to show the different sides and aspects of the conflict between the inner humanity insides himself and his desire to get good position among the other sides of the Burmese community as a way to be treated well.
All of this style types which were used in "shooting an elephant" story were molded with great professional way in order to show the conflict between the inner feelings and the outer circumstances which are represented in the ways which are used against the Burmese and their behavior about the police officer, George Orwell himself, as a fool person who cannot achieve his job duties.

Question: What Is Being Annoyed Because of Imperialism?

Answer: The narrator of "shooting an elephant" story, who is thought that he was George Orwell himself, was very disgusted and being angry with the inhumanity which were practiced by the colonists of the British imperialism on the lands of Burma. He confessed with his inner conflict between the imperial police officer’s feelings that made him performing his duties and responsibilities without caring with the conscience and what he deals with; and on the other hand the hatred of the local Burmese who were still keep annoying him by making his job duties impossible to be performed to the fullest.
This is also besides his realization that if he stands against the imperial activities which he is ordered to achieve it, he will be accused with treason; on the other hand if he stands on the side of the Burmese he has fears that he cannot cope with their cultural matters. As a result, in Orwell’s point of view, the white man who is struggling in the eastern countries, or occupied countries if we have to show the entire meaning, he has to keep away from the activities which are associated byway or another with action: the matter which was not completed because the urgent call about the elephant which was escaped and destroyed everything in its way.

Question: What Is Killing without Hesitation Idea?

Answer: "It had already destroyed somebody's bamboo hut, killed a cow, and raided the fruit stalls and devoured the stock…". This statement shows the justifying for killing an animal because of his lust desire; the thing which is related basically with giving the individuals the reason to take a life of some animal or individuals’ before thinking that this animal or this individual has family which will miss it/him very much; besides thinking that they have the right to kill it if he wants because of some reasons or without any reasons.
One of the other justifications which gave the narrator the opportunity to prove his presence in the community was represented in his killing the elephant without any hesitation as a way to show respect and discipline for the British imperialism in the colony because it has to keep on the successful way. This matter is connected basically to the narrator’s achieving and performing for the duties and responsibilities which were ordered from him to do to the fullest.
In spite of the other matters which are conflicted inside him. As we mentioned before, one of these matters were related by way or another with his desire in improving his picture in the eyes of the Burmese locals; in the same situation which he realized that he has to pay the cost of this matter. As a result, he shoots the elephant as a way to improve the treatment of the other locals for him; in addition to perform the job duties and responsibilities to the fullest.

Question: What Is the Theme of Destroying Civilization?

Answer: One of the greatest ideas of the writer which were argued widely throughout this kind of literature business is represented in showing that both of the conqueror and conquered are destroying the features of the country’s civilizations and make great mistakes towards poor people who have no reason to be killed or even insulted. Although he was not one of the native inhabitants of Burma, he expressed his unhappiness form the features of the imperialism by saying that he made his mind up and realized that the imperialism is a definite evil, completing that the British imperialism is oppression for the innocent people who just want to live in peace and avoiding the different aspects of the occupation.
Orwell declared also that the conqueror has no control on his actions because he just receive orders from the high position of the government; but anyway he has the choice to manage his action and perform his duty without any kind of harms for the other people of the occupied society. Because of the hatred feelings which were been held by the Burmese against Orwell, he has no choice to shoot the elephant even if this was against his principles which are entirely against the conception of imperialism with its different shapes and forms.

Question: What Is the Theme of Hatred Feelings?

Answer: There is one of the important themes which are shown clearly through the events of "shooting an elephant" story which was represented in the conception of conqueror and conquered. Orwell described the great hatred feelings towards him from the Burmese even if he was one of the high classes of the society and his position in the town as an officer. Although these aspects of hatred, the Burmese were expected from him to kill the elephant because they are need help from him to do this.
Orwell showed also both of two sides in order to declare that there is no difference between them because both of them have the ability to destroy by his own way. Through narrating the events which were happened in the beginning of "shooting an elephant" story, he mentioned the activities of the empire as the dirtiest activities happening inside the colony in order to be sure that the goals of the British imperialism will be achieved to the fullest. On the other hand, Orwell showed the conquered side of the land and the most pious individuals those who are represented in the religious men as the greatest shape of evil in the town; the matter which reflects the correction of his own point of view that both of the two sides are destroyers.

Question: What Is the Theme of Conscience?

Answer: There is also the conscience theme which is also considered one of the most important sides of "shooting an elephant" story that was mentioned by the narrator. Through the lines of the story, the narrator showed that his conscience was trapped greatly between two essential matters in this single moment; one of these moments is represented in being hatred by the native Burmese; and on the other hand those little beasts, as he described him, who are concerning only with destroying his life by making his job impossible to be performed easily.
After all, the author wanted to say that the conscience is the essence for the individual who makes him perform specific job or not. After all, Orwell shoots the elephant several times in order to end his life and keep the inhabitants in safe side; this matter makes him thankful for being the saver of the situation and also because of his transmission from being fool colonist to be one of those people who has importance in the stranger society with different cultures and ethics too.

To sum up, George Orwell showed one of the greatest literature work in which he expressed many different matters that may be noticed widely in many different situations and countries all over the world. One of the recommendation which can be shared in this case is represented in holding the principle and oblige to the ethical aspects of matters which is regarded the supporter for taking the correct steps in performing the right matters; in addition to the essence of individual’s thinking which is related basically to the conscience and use it as the great motivation in performing the activities and practices clearly. 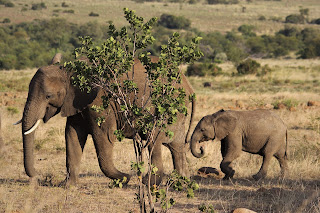