"The Black Book of Arabia" Summary and Characters

The story of "Crazy for You" from "The Black Book of Arabia" discusses the life of a wife and a husband who has been living a very stable and happy life and then this life was ruined because of a reckless action of the husband to choose a second wife instead of the woman who stood by him.

Characters of “Crazy for You”:-

Summary of “Crazy for You”:-

The "Crazy for You" starts with the introduction of two characters, which are Khaled and Rasha. Khaled is 22 years old and he has a degree in business administration from a university in Boston. While Rasha is 18 years old and she has obtained the certificate of high school. They now live I Jeddah and Rasha became a pregnant while studying and working. She gave birth of two daughters, while her husband hired a nanny so that Rasha could consider her study. At the last year of university, she became pregnant again. She could get a degree in business. Rasha started to work to help her wife to pay for the villa they moved to. Waleed and Rasha loved each other so much and they had a cooperative life financially.
In the summer, Waleed and Rasha travelled to Paris to get out of the mood of the work. They also travelled for pilgrimage ad Rash thanked God for wealth, health and beautiful children. Waleed started to think to open a private business that was a restaurant. He employed migrants because he was humanitarian. The incomes of the restaurant had enabled the family to send the son, Talal, to Australia to study.
After that, the weddings of the two beautiful daughters Deena and Leena had a wedding. Talal also got married to a daughter of a neighbor called Yasmine. Waleed and Rasha decided to travel around the world in South America, Asia and Pacific Islands. Suddenly, something unpredicted happened and Waleed asked Rasha to talk to her to tell her that he wants to get married to a second wife. Rasha felt with anger and she asked Waleed about this woman. This woman is a young entrepreneur that Waleed knew in the last months. This entrepreneur is thirty-five years old and she is Lebanese. Rasha then went to Fatwa office in order to get their advice.
The official of Fatwa said that it is not prohibited unless it will ruin their life. Rasha said that she shall accept this marriage of Waleed if he signed the first floor to her. Rasha started to plan to revenge through filling a case for divorce and she got it while her husband in his honeymoon in Hawaii. Rasha also had ruined all the plans due to revenge. Rasha also started to save money for her beauty and she did breasts lift. Nawaf who is the partner of the attorney of Rasha started to admire her and he proposed a marriage. They were engaged and Waleed was very furious because of this. Children evaluated their mother's happiness with a new man and refused the initial action of the father to demolish the family.
Rasha got married to Nawaf. Then Rasha has launched a new blog for being famous and to improve marketing her cosmetics. Then she became famous and she started to appear on TV while Waleed hated this. Then Rasha started to get out of her revenge endeavors and concentrate on her life. Rasha and Nawaf moved to live in her home in which she was living with Waleed. From the perspective of Rasha, Nawaf was more handsome and more helpful that Waleed. He has helped her to improve her English. Rasha started to achieve many successes in her life and marriage through being pregnant, while Waleed was failing in his life more and more.

The Protagonist of “Crazy for You”:-

The main protagonist in "Crazy for You" story is a woman called Rasha. This woman is married to a man called Waleed. Their life was very happy I the beginning. They started to expand their business, enhance their lives through achievements in education. They had three children, two daughters and one boy. After a while, Waleed decided to find a second wife from Lebanon. The Rasha decided to get divorced and revenge him. Then she loved a man called Nawaf and she loved him so much. At the end of "Crazy for You" story, she became a famous blogger and designer with a new happy life.

Themes of “Crazy for You”:-

Setting of “Crazy for You”:-

There are many settings for "Crazy for You" story by Hend Al-Qassemi like Australia, America, Asia, and Paris while the main setting of this story is in the Kingdom of Saudi Arabia.

The Narrative Technique of “Crazy for You”:-

The narrative technique that was used in "Crazy for You" story by Hend Al-Qassemi is telling the story from the perspective of the protagonist of the story, who is Rasha.

The Language Used in “Crazy for You”:-

The used language in "Crazy for You" from "The Black Book of Arabia" story is easy, expressive and containing many useful words and expressions. In additions, the language is affected by the Arabic culture in the usage of proverbs because the narrator is an Arabian. 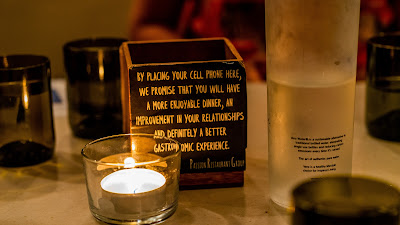