“I Will Never Leave You” story is one of the stories of the story collection book of “The Black Book of Arabia”, which is written by Sheikha Hend Al Qassemi in 2016. This book has twelve stories that are “Yours Truly”, “The Princess of the Pauper”, “I will Never Leave You”, “The Apple of My Eye”, “The Grass on the Other Side”, “I Sold My Kidney for Love”, “Voodoo in New York”, “Raped for a Living”, “Sleeping with the Nanny”, “Crazy for You”, “From Riches to Rags”, and “Bleeding Freedom”. In fact, “I Will Never Leave You” story tells a bad experience of a girl called Sawsan in a wrong relationship leading to its end and blackmailing Sawsan before arresting the blackmailer.

Setting of “I Will Never Leave You”:

The setting of this story is the United Arab of Emirates.

Protagonist of “I Will Never Leave You”:

The protagonist of this story is a girl called Sawsan. She is a person living and studying in the United Arab of Emirates then she was blackmailed with her ex-fiancé.

Characters of “I Will Never Leave You”:

Summary of “I Will Never Leave You”:

The story starts with a girl, called Sawsan, telling her agony which has started after breaking up. This girl was studying multimedia and living in Dubai. She was engaged to a doctor working there in a local school. This doctor had an ambition to complete his study abroad. He wanted then to get married to this girl, not having any children and leave her in the United Arab of Emirates to go to the United States of America or Germany.
The old friend and crush of Sawsan who is called Hamdan called her in the Eid and started to discuss everything about her graduation and breaking up with her too know her news. Hamdan is studying in Boston in the United States of America. Hamdan started to tell Sawsan that this is a good thing because he wanted to get engaged to her before graduation. He then offered Sawsan marriage and she was very embarrassed and shy. She replied with yes without even asking for the permission of her parent. They got engaged and he said that it shall be his happiness that she will be his wife and the mother of his children. He was sending her flowers, chocolates ad gifts.
He then asked her father for her hand for marriage and the parents of Hamdan were surprised because this matter was just after little time form breaking up. Some troubles started to appear from the first week of engagement because he wanted to speak with her all the time even that if she wanted to sleep, attend classes, or even do her homework. He then has started to become angry at anything. He would go in outburst even that the phone of Sawsan was about to be turned off because of battery. This has made Sawsan start to refuse this relationship because of stresses and because being friends is different from being lovers or spouses. She then started to tell him that they would better back to be as friends after crying.
Sawsan started to think how the matter would be after marriage with his doubts, insistence and anger. She send him a message saying that she wanted to end this relationship. Then, someone other than Hamdan started to call her and abuse her verbally. Such threats were that if Sawsan did not back to Hamdan, some altered ad edited porn images for her shall be posted on the internet. Sawsan then called Hamdan and he denied the matter. Threats started to increase through sending Sawsan some altered pictures on WhatsApp. Sawsan started to call some of Hamdan's family members and their numbers were switched off.
The blackmailer then started to ask Sawsan to meet him in a hotel to give him money and jewelry. Then she went to the bank and gave the blackmailer all the Dirhams she had. After that, Sawsan used a service in Dubai called Al-Ameen for the blackmailed people and she told and investigator everything happened, begging him to help her. The private detective asked to meet her to make sure of her claims. The blackmailer then said that he shall post a video for a porn actor on YouTube that is similar to her under her name to hurt and harm her.
After that, Sawsan demanded a female investigator to show her the images. The detectives then were convinced of Sawsan speeches and they told her to say to the blackmailer that she agrees his demands. Sawsan's father did not know the full details of the case but her mother and sister did. She then went to Mirage Hotel to meet the blackmailer. The police was there in civilian clothes. The blackmailer told Sawsan to follow him fearing any traps. She told the police the matter through a bug on her earrings. The blackmailer pulled his Range Rover in Grosvenor House hotel while Sawsan was behind him crying and fearing while covering her face.
Then, Sawsan met the blackmailer who was a tall man with cheecky goatee with dark glasses. She went with him on an elevator asking about the role of Hamdan in the matter. The police was not there and the blackmailer dragged her to a room and closed it. The he pushed her towards the bed and then the police appeared suddenly and arrested him. Then the blackmailer was punished to five years in prison and the ex-fiancé was sentenced to fifty hours of social work because the blackmailer was his friend. Then Sawsan backed to her university and got master's degree to better understand the human behavior.

Themes of “I Will Never Leave You”:

The first theme of this story is the bad relationships and this was characterized in Sawsan with her two ex-fiancés. The second theme is blackmailing through the fake images of the friend of Hamdan in order to blackmail Sawsan. The third theme is justice and it was in the police arresting the blackmailer by the end.

The Narrative Technique in the Story:

The narrative technique is the telling of the story through the perspective of the main character in the story who is Sawsan.

Language Used in “I Will Never Leave You”:

The used language was very rich with words. In additions, it could transfer the culture of the story teller through the usage of some words expressing the Arabic language. 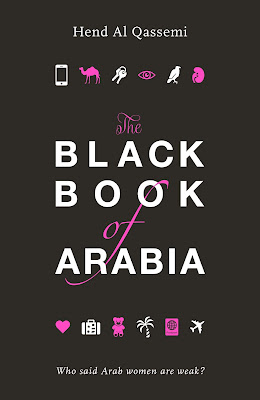