To compare two stories would allow for being a good critic. The main focus of this comparison between "The Story of an Hour" by Kate Chopin and "Young Goodman Brown" by Nathaniel Hawthorne is to clarify how the two authors succeeded to prove how things are never what they appear to be with strong symbolism. The comparison aims to discuss, how Louise and Goodman become their own victims because they are too committed on satisfying their desires with no consideration that things are never what they appear to be.
First, in “Young Goodman Brown”; is widely regarded as one of Hawthorne's finest works, this short story is a great example in the use of science fiction and symbolism. As science fiction aims to represent what is real in terms of reliable imaginary invention, whether in past, present or more often the future. Using fiction to express something in reality gives the writer more space in order to freely express himself. As for the “Young Goodman”, science fiction was existed not only in the events of the story but also in the characters. Many of the characters who appeared in the story are imaginary;

Comparing The Idea of the Devil:

The Devil, he appeared for Goodman to be an ordinary young man who wants to take him in a mysterious journey into the forest to his celebration. The devil was trying to convince Goodman that all humans have evil inside their souls. Hawthorne suggested that the devil might be Goodman’s father assuming that the devil and Goodman might be related or that the devil may be an embodiment of Goodman dark side.
Furthermore, the supernatural element is significant in the story starting from the man who appeared to him from the middle of nowhere and even that man being the devil himself, who is suspected to be an embodiment of Goodman’s father. Also the walking stick that the devil was using was like a living snake. The staff, the devil offered to Goodman to use it in order to move faster. In fact the whole story seems to be aggravated and unbelievable as the author succeeded in expressing the temptation that the humans face in their life and how these temptations might force them to lose their faith.

Comparing The Use of the Setting:

The setting of the story is somehow unknown, as it does not be known when exactly the story took place in the past, present or the future. Also it does not be known really if the events happened for real or the protagonist was dreaming. In early American Literature, the forest is the place of the strange and hostile (Indians) and is also seen as the home of the devil, it was probably the perspective of the Indians in their minds. So it was the perfect setting for the mysterious and terrifying journey that Brown, may, have made that night. Finally, at the end of the story when Brown has return to the village, he left the forest physically but remained trapped in their mentally for the rest of his life.

Comparing The Role of the Main Character in the Plot:

As for Kate Chopin's short story, The Story of an Hour describes a short hour of a woman's life. This story contains little dialogue and little information which keeps the reader guessing and anticipating what is going to happen next, which makes it a very creative story. In the story, Louise Mallard suffers from a heart disease and hears the rumor of her husband's sudden death so she at first cried between her sister’s arms but when she calmed and sit alone in her room, she begins to think about the future and realized that she is now “free”. The story of an hour takes place in 1900's and back then women weren't treated as persons, they were treated as possessions and expected to be only a loyal housewives. The character of Louise in the story raised some irony because of her reaction towards the news of her husband’s death. The use of science fiction in this story is significant as much as it is in Goodman Brown.
The characters; all the characters in the Story of an Hour are realistic and existed in all families. Furthermore, the supernatural element does not really exist in this story as it is obvious that it discusses the marriage issue and the status of women in 1900’s. Additionally, the setting of the story is also a realistic one and all of it is believable. The story was written in the 1900’s and discussing a social issue that was the rule and dominant problem for women back then. It describes a short hour form the life of our protagonist which ended in the same day. The whole events of the story took place in the protagonist house.
As for the Influence of the historical time frame on Young Goodman Brown as a science fiction story, in Goodman Brown, the time frame contributed a lot in the spread of the story as an example of science fiction, as it is considered one of the Hawthorne’s finest short stories. As the time in which the story was written the use of science fiction in literature was very common.

Elements of Science Fiction in the Two Stories: 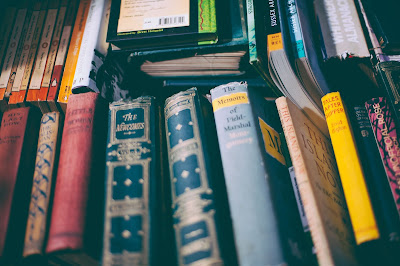