What Is Crisis Management?

Management system is the way of develop the purpose of diminishing potentially serious results in a certain targeted situations. Such as include aircraft and naval disaster management as well, fire and also emergency evacuation procedures, and flood protection. Crisis management is considered a business management plan of action that is implemented so quickly when a negative situation occurs. That Crisis Management defines a business crisis as a mass problem that disrupts the way of conducts organization business, and also attracts significant new media coverage and also the public scrutiny.
Those crises usually have the ability to visit negative financial, political, legal, or even governmental repercussions on the organization, especially in the case of they are not dealt with in a prompt and effective way. During the past several years, high profile public relations disasters such as the Firestone tire problems that was on Ford sport utility vehicles, different product recalls, and also disturbing product tampering incidents that have thrown an intense spotlight on the issue of crisis management. In fact, as companies have witnessed the damages that poor crisis management can wreak on business fortunes, that the growing percentage of firms have intensified their efforts in order to put effective crisis management strategies in place. About hundreds potential threats exist for each organization. Crises can take Corporate to the form of plant fires, losses of competitive secrets, workplace violence, defects of product, and also extortion, industrial accidents, and as well natural disasters.

How to Manage a Crisis:

A lot of companies such as Hamad medical hospital around the world even some of the largest corporations do not have a suitable crisis management plans in place. So those numbers of specialists suggest a plan of crisis management to business owners about how to create a contingency and an emergency plan for the unexpected crisis events that through making meeting with employees, lawyers and also members of your industry associations, and brainstorm possible crisis scenarios, after that coming up with a list of what would need to be done in that case. Then you make sure that the all organization is aware enough of the limitations of business interruption insurance, having statements in place that you can send to clients, and employees over the social media and Web site that informing them about what happening, creating an emergency contact list of numbers and e-mail addresses for supporting in making decision. Then once the crisis is over, reach out to the very important customers and also stakeholders in your business then thanking them well. However in the case of your business is involved in something that could attract media interest, you should have also a media relations plan in place. Furthermore sometimes crisis management is used to protect a company from its harmful customers.

Publics as well as is preferable to stakeholders as the former relates to the very public nature of public relations, however stakeholders has connotations of traded companies publicly. Public relations are also the way organizations, companies and also individuals communicate with other public and media as well. That the public relations’ specialist communicates directly or even indirectly with the target audience within media with a goal to create a positive image and also create a strong relationship with the audience such as press releases, public appearances and other relations. In addition to the utilization of the World Wide Web is that the world of business is characterized through the intense competition and to win new customers and also retain the existing ones that the firms have to distinguish themselves from the competition. Furthermore they also need to create and also maintain a positive public image.
The public relations’ specialist or even firm helps them both create and maintain that good reputation between both the media and also the customers that through communicating in their behalf and as well presenting their products or even services and also the overall operation in the best light possible. That positive public image, on the other hand, helps in creating a strong relationship with the customers that in turn totally increase the sales. The public relations’ specialists and also firms use a lot of tools and also techniques to increase their clients’ public image and help them as well as form a meaningful relationship with that target audience. And in order to achieve that, they use a lot of tools for example, news releases and statements for media, newsletters, organization and also participation at public events conferences, conventions, and other public events.
However companies must be able to answer quickly questions and allegations as well about looming bad crisis. There are a lot of examples of organizations that getting crisis management wrong more than doing it right. Such as the crisis of strikes that the most companies are poorly unprepared handle the situation. Those Organizations may try so much to stonewalling that situation with toughing it out or even pretending that this crisis will pass soon however they only make the situation more badly.
Organizations that waste valuable time from the beginning of the crisis can expect to see a revenue losses and also plummeting stock prices. The most important asset of the organization is at stake, their reputation. It is useless to hide the truth from the public due to someone eventually will blow the whistle. Such as Firestone continued to sell faulty tires to the public especially after they knew there was a problem with those tires. After a long time, Firestone started to recall millions of tires and also the public wondered how long Firestone knew about that problem. Firestone Nowadays is on the verge of declaring bankruptcy and also going out of business due to they made poor crisis management decisions.

Such as in the year of 1991when a customer claimed to have found a syringe in a Pepsi can. Once the story hit the public press, there were a lot of reports of people about finding screws, syringes and bolts in Pepsi cans. The Pepsi Company denied directly that this was possible and that those claims were fraudulent. Pepsi started running ad campaigns against all those incidents with declaring that they were a copycats and that Pepsi cans are totally 99.9% safe.
This gave Pepsi much time in order to discover what was happening. After that Pepsi had the proof they needed to refute those claims that their soda was unsafe to drink. Any organization will survive a crisis better in the case of they have a good reputation. That good reputation is built over the life of any organization around the world. The historical behavior of the organizations will influence how other view the company. The organization needs to keep attention about its words. If the organization doesn't regret about any incident, no one will listen to anything else anymore the organization says after that. State what the organizations will do to resolve the issue. Assure clients that the organization will reform so this will never happen one more time. The organization shall remember that the good reputation takes a lot of time to build, but goodwill is the best easily way to manage any crisis.
During the crisis, the management especially Hamad medical hospital should also select a suitable leader in order to deal with crisis management. That leader should be a person from the best management who can dedicate lots of time to deal with the crisis or problems well. They need to be able to step away from the daily duties so they can run the crisis team. When a leader is selected, management plan needs to bring representatives together from most main operational and also policy areas with top management so the crisis is handled in correct way. Crisis that related problems bring usually together diverse interests.
Clients and the employees and also stockholders view a crisis from variety perspectives. It is so importance of bringing experts also together so the needs of those diverse publics are met. So that Crisis management is so vital for any organization. In addition to that the company has to know how a company manages through a crisis cannot be left to chance “management reflexes.” In fact entire consulting practices and also advisory groups have been formed in the interest of needs of supporting companies in crisis management plans. In major cases of crisis management, although a plan, sound communication, and employee have to training will go a long way towards managing the majority of crises effectively. 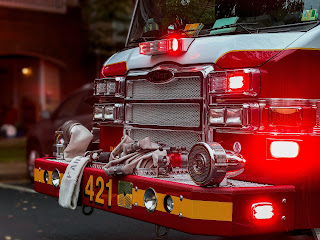