Coca Cola is one of the leading companies in the field of the beverage in the world. Coca Cola offers about 500 brands in more than two hundreds countries in all over the world. The headquarter of this company is Atlanta, Georgia. Many products offered by Coca Cola such as diet Coke, Caffeine free coca Cola, Coca Cola Cherry, Coca Cola Zero, Coca Cola Vanilla and other. 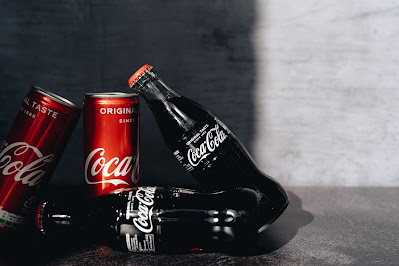 Coca Cola suffers from the bad image about some products due to the new formula resulted to have a backlash and losses.
Furthermore, the company offers limited products which are the beverage only. There is not diversity in the products of the company. This may be a great threat to the company.
The company suffers from the aggressive stand toward different rivals in the market. The reason is that the company sees other competitors as bad guys.

The opportunities before the company are that it can increase in different places all over the world through the use of other products such as coffee, water, juices and other products.
The company can expand its products in the European and Asian markets which can help Coca Cola to have a great stand in the world and to face different challenges in the market.
Through a partnership with other companies, Coca Cola can increase its stands in the world through the use of the partnership and cooperation with different companies. The partnership can help to have a good existence in the country.

Coca Cola has a low existence in the North American countries. The low growth in the North American can threaten the existence of the carbonated beverages in these countries.
Furthermore the company faces one of the high competitions in the world especially for companies such as Pepsi. The competition of Pepsi provides a great threat to the company.
The non-carbonate products can threaten the company as there is an increase of the change in life leads many people to refrain from beverage products; they resort to drink the non-carbonated products such as juices and coffee.
The increase of number of obese people because the beverages leads many people to prevent the drinking of beverage.