An Argumentative Essay on Globalization

An Argumentative Essay on Globalization

Globalization refers to the exchange of cultures, products and views among people who live in different countries. Globalization stands mainly on the process of intermingle and connection that could happen worldwide. Globalization is the major responsible for maintaining global markets cooperation, which leads to the appearance of mutual interest among different countries (Michael Spencer). There are many reasons that supported the appearance of globalization and helped this phenomenon to be the dominant phenomenon all over the word. The first reason is people`s passion to visit new countries and invest in different fields in order to find new business opportunities to increase their wealth and this started in the 15th century when explorers started to travel to European countries in order to find new roads for trades (Joyce S. Osland).
The second reason that participated in the appearance of globalization is the spread of new inventions and technologies that made people seek to know more about other cultures. The third reason is the attempt of some people to explore other cultures and traditions to be able to recognize other nations and maintain worldwide peace. The good side consists of benefits associated with the lowering of cross-border transaction costs, and the opening of new business opportunities (Panos Mourdoukoutas). Globalization has many advantages such as economic growth, spread of technology and cultural understanding; however, globalization has some disadvantages like enviornment5al change and the increase of poverty.

Pros of Globalization on Economy Development:

There is no doubt that globalization affected people positively and changes the whole world. Globalization`s progressive effect appear mainly on economy and the remarkable changes in the global markets. Globalization is the main reason for easy credit and the flows of capitals. From the local nations to the global nations (Mourdoukoutas). Most investors seek to find new markets and various business projects in different countries to increase their investments and capitals. Before the appearance of globalization, the local investors were not able to invest or advertise their products in different countries because they lack the awareness about other countries and did not get the opportunities to travel for business.
Yet, the expansion in economy and the diversity of market requirements motivated many local investors to market their products and services worldwide in order to be able to confront any financial challenges and increase their capitals as well as find innovate trade routes and new customers (Osland). Hence, globalization paved the way for economic growth and left great impact on the global economy as it helped many countries to maintain economic sustainability and development. Globalization made the imported goods became cheaper as emerging markets engaged with the global economy, benefiting consumers in both developed and developing countries (Spence).

Furthermore, globalization is the main reason for the remarkable spread of technology and new inventions as it facilitated the road before inventors and explorers to advertise their inventions and products worldwide. Television, the Internet and Social Media are the main reasons for the expansion of globalization because these kinds of technologies made most scientists conscious of foreign countries and try to introduce to them their new inventions. Globalization`s positive impacts on the expansion of new technologies are obvious through the growth of education, the development of new robots and the spread of international universities and institutes (Martin, Carnoy). Globalization made leads to automated technology, which made fewer workers able to complete the same task (John Manzella). Briefly, globalization is one of the main aspects of modernity and plays a very important role in the current technologies development.

On the other hand, there are some people discourage globalization and blame it for the negative social and economic changes. They claim that globalization is the major cause of environmental change and the appearance of many environmental problems. Globalization increased the pressure on many environmental resources and forced many governments to build factories and companies on green lands, which affected negatively on agriculture (Osland). Moreover, globalization caused the world to suffer from several types of pollution like air pollution, water pollution and land pollution and made the world suffer from deforestation and the increase of the problem of global warming. Globalization also caused many countries to increase the assumption of natural resources and forced them to shrink the economy and declare a financial restricts for citizens and investors. Therefore, globalization caused many countries in the Middle East and Africa to suffer from poverty and economic deterioration. The intensification of competition has created winners and losers both in the commodity and in the resources markets, fueling angry protests by labor and business interests (Mourdoukoutas). 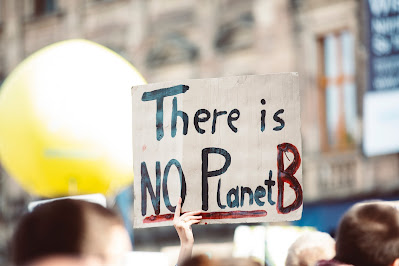