Bram Stoker is the writer of this story. He wrote many novels to increase his income and gain more money although he was a business manager in a theatre in London. Dracula story talks about a vampire who used to live in his castle away from people. In addition, it was written in the 19th century and most of the events take place in England. There isn’t a certain narrator for the story as it is narrated by its characters. Furthermore, all the incidents happen in the past.

1- Count Dracula – the main character in the story. He is a vampire who lives in his castle in Transylvania.
2- Van Helsing – an intelligent professor and philosopher.
3- Jonathan Harker – a lawyer whose company sent him to Dracula’s castle to make business with him.
4- Mina Murray – Harker’s fiancée and a decent beautiful lady.

Who Is Jonathan Harker?

The story talks about Jonathan Harker, who works as a lawyer for one of the companies in England. His company sent him to Dracula’s castle in order to make business with him. On his way to there, a farmer warned him from going to the castle and gave him charms and sacred objects in order to protect him from dark and evil power. Despite the warning and getting attacked by three wolves, Harker insisted on continuing his trip to Dracula.

As soon as he arrived there, he found that Dracula is a noble man. But during his stay there, Jonathan began to feel that he is a prisoner in the castle. The reason behind this feeling is that because he was attacked by three vampire ladies who were stopped by Dracula as he told them to stay away from Harker because he belongs to him.

Escaping from the Castle:

Therefore, he decided to escape from this cursed castle. On the other side, there was a type of correspondence between Mina Murray, Harker’s fiancée and Lucy Westerna, her friend.

A Ship Destroying Everything:

Later, in the town of Whitby, a ship was destroyed and all what they found from its wreck were boxes sent from Dracula’s castle. In addition, Mina started to see that there were red marks on Lucy’s neck and a dark shape which was following her. Therefore, Helsing who was a doctor said that there has to be a garlic plant in Lucy’s room in order to protect her from vampires. But when her mother removed the garlic plant from the room, she left her daughter prone to any kind of attack by dark power. That’s what exactly happened when a wolf attacked Lucy and killed her.

As for Mina and Harker, they got married and then went back to England with the rest of their friends in order to kill Dracula and Lucy too because they wanted to rest her from eternal torture. As a result they killed her and began to go to Dracula’s house in order to protect themselves against him and prevent him from entering the castle. Therefore, they put sacred object on entrances and at the end of the story they managed to kill him.

I guess the story is really entertaining. It is also contains a new subject to be discussed. It is fictional and it turned to a lot of movies which proves that it is a great one. Furthermore, talking about vampires is a new thing and it was never discussed before in other stories. Therefore, I would definitely recommend it to my family and friends in order to read and enjoy it as it is very amusing and interesting. 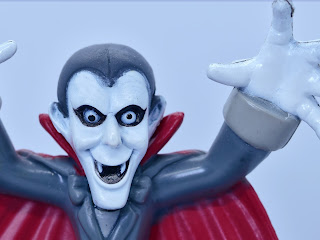