Music Effects on the Human Body

Music Effects on the Human Body

Music is beautiful it helps to elevate the soul and can turn you into a happy person. It surely helps to remove any stress or depression if you listen to quality music. It has been known how massively music helps humans to get over things. It helps to cherish troubled moods. It is also gives a beautiful music and feeling of satisfaction. Some people use music as a drug but it is a different story. Music is capable of giving you the energy to bring back old memories. It helps also to memorize and some musicians had developed some techniques to help students memorize and learn faster. In the next few lines, we shall know how music helps memorizing during studying.

The Power of Music:

Music is capable of making the best of us. Music can gives us the feeling of happiness in no time unlike any other things of beverages or good company, instance. Some scientists and musicians worked towards creating the power of music to help students learn and memorize faster. One of the greatest was Mozart. His music and the creation of the 60 beats/minute patterns helped to achieve the learning of information. The amazing of this pattern is that it activates the left side of the brain while music plays its magical role to activate the right side of the brain. Thus, this creates an astonishing experience of attention and extreme deep learning and memorizing levels. Accordingly, the use of music and 60 beats patterns connects both sides in the same way. For example, playing musical instruments could make your brain faster in achieving more information while speedy processing operations that takes milliseconds to process.

Of the pioneering psychologist Dr. George Lozano had created techniques that helps teaching foreign languages and helping students remember the vocabulary faster and saving them into the long-term memory. According to his methods, learners could make a great achievement of one half of the listen phrases and vocabulary for the whole school terms which is equal to 1000 phrases and words. His systems made an astonishing amusement of learning languages through classic music and ballads.
The idea came from the baroque period that was based on the same technique of Mozart’s 60 beats per minute pattern. Such techniques had proved workability and functionality based on scientific experiments on different students. Students scored high efficiently levels of 85-100% in the first 30 days while using the baroque technique. Students’ recalling accuracy scored higher than ever which is astonishing. Moreover, students could memorize the vocabulary 100% for the next four years without needing to review the books.

It is quite popular between learners and teacher to be familiar with the Mozart effect. It is basically the experiments of scientist who discovered the importance of Mozart’s music and how it helps humans to be more intelligence. Studies accurately stated that there is an increased rate of spatial temporal reasoning. It has been also witnessed how teaching music classes is a must on schools.
It’s easy for a kid to notice the pattern of 60 beat because it restrain in his mind for a long time. However, kids started to pay attention to the patterns along the day when they are singing or playing. The use of Mozart’s patterns resulted in an increased ability to memorizing and learning. It’s worth mentioning that music accelerates the production of dopamine in the brain which is called the pleasure hormone. It is what makes us feel happier when we listen to music. A 30 minutes of Mozart’s music is quite enough to make listeners happy. It is equal to a single dose of valium.

According to authentic resources of scientific experiments, music is known to fight against Alzheimer. There are different illness like dementia and stroke which are also curable with the use of music. Hence, music can create the difference. Music is believed to give you the feeling of optimism, brightness and freshness. Music is capable of making you need faster when your pulse usually is at a stressful levels, it is believed that music can help it return to relaxing levels.
Music is enough to simulate parts of the human brain to recharge powers of memory, language, timing and motor control. It is also known for sure how music helps in making our minds feel and work better with dopamine increased production. Some parts of the brain can rely on music to feel better and relaxed. The use of classic music has proven to be sufficient in making humans feel amused. Having music to cure all our illnesses is yet too early to ask. However, it is not impossible.

To conclude, music is quite helpful for students and people who are looking for studying and relaxation. The use of normal and good music can help us to be more productive in different and effective ways. The use of excessive and loud music can hurt our bodies. Hence, the use of good music with normal rates can help us to learn and memorize while enjoying both of the two tasks. 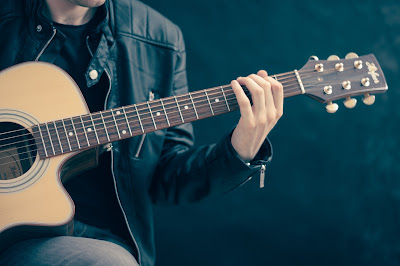