Video games are the most popular mean of playing and leisure among adults and children today. Video games were not invented until 1967 and began to be popular in 1970. The first form of video games was called Atari, which was invented by Nolan Bushnell. This form and new invention achieved a huge success since its first appearance. However, the use of video games at the time was not excessive like our present time. Maybe this due to the number of video games produced was limited and children back then was more interested in spending their spare time outdoors instead of spending it inside their homes. In other words the technological revolution in almost all aspects of life today made a huge alteration in the lifestyle of both the adults and children.

Technological revolution has made the life easier and the huge progress in the video games led children of today prefer to spend their spare time playing at home instead of playing with their friends outdoors. This attitude is the base for all the negative effects of excessive playing of video games on the health of children in particular. The excessive use of video games can reach the level of addiction for both adults and children; however, this research paper will focus on the negative impacts of video games on the health of children. These negative effects can be on many levels such as the mental, physical and psychological effects, which are highly expected to affect the healthy lifestyle of the children and led to further negative impacts on their future.

Negative Effects of Video Games on the Mental Level:

Negative Effects of Video Games on the Physical Level:

Negative Effects of Video Games on the Psychological Level:

In sequence of the negative impacts of video games playing on the mental health of children, appears the psychological negative impacts. The psychological health of a child is the major factor for the mental stability and development, and in turn is highly affected by the any mental disorder or insufficient development in the child’s brain. Thus children who are addicted to the video games are more likely to suffer from psychological issues more than their counterparts who are not used to the excessive playing of video games. First of all, the social interaction in children addicted to video games is considered to be completely missing, as those children after spending long hours alone, develop some sort of autism, which is the case of neurodevelopmental characterized by impaired social interaction. Another negative impact can be obviously seen in the physical appearance of an addicted child to video games. Those children usually misses their regular daily meals, spends many hours in front of the screen and some of them even stays for late hours at night and does not get enough sleep. These entire bad habits can lead to dark circles under their eyes, sleeping deprivation and pains in the shoulders and other areas of their body.

Finally, no one can deny the fact that video games has become very innovative and succeeded to attract the attention of both adults and children, especially in the recent years. However, video games like any other technological achievement have its price and negative impacts, and must be used in a reasonable way. There is no doubt that the uncontrolled and excessive use of anything must led to very bad impacts. As for video games, the excessive use of it also has critical impacts its users. However, children are most affected by the negative impacts of video games addiction. The impacts of video games on the health of children can be divided on three main levels; mental, psychological and physical impacts. so, parents are highly advised to observe and control the hours, which their children spend in playing video games and encourage them to go outside and spend more time and playing with their children instead of staying alone at home. As the social interaction plays a vital role in enhancing the mental development of their children and also enhance their self-confidence. 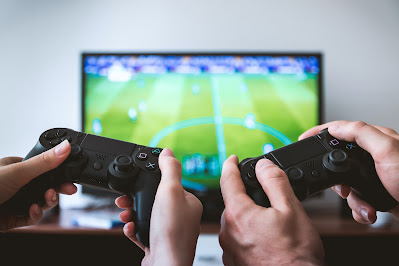