"The Adventures of Tom Sawyer" by Mark Twain Summary

Tom Sawyer a naughty boy hiding from his aunt Polly but she catches him with an apple in his pocket, the apples are not his, tom tricks his aunt to look behind her and flees away, aunt Polly loves Tom though he is not easy for her old age, aunt Polly is the sister of Tom’s dead mother.
Aunt Polly sentences Tom to paint the long house fence, Tom is not happy for that and while he is working, his friend Joe Harper passes by and feels sorry for Tom, but Tom has a tricky idea, he pretends that the painting work is so interesting, Joe becomes interested in painting the fence and Tom gets an apple from him to allow him to do his work, after a while, some of Tom’s friends passes by and mocked Tom but then they were all interested in painting too, Tom trades them for some of their belongings, he becomes the richest boy in St Petersburg and the fence is done perfectly and aunt Polly is pleased and gave him an apple.
On another day Tom is going to school and in his way he meets his poor friend Huckleberry Finn who lives in the streets, he has no mother and his father is always drunk, but Huck is a happy boy, he has a dead cat and Tom wonders what he is going to do with it, Huck tells him that he is going to the graveyard with it claiming that it could call ghosts out of the graves, Tom is interested but he is now late to school, he is surprised to see Becky Thatcher, a new student with beautiful blue eyes and blonde hair, he falls in love with her from the first sight and draws her attention with an apple and drawings that gets Becky’s attention and they become friends.

Tom and Huck go to the graveyard with the dead cat, they put it in a grave and hide behind a tree to see what is going to happen, are they expecting a ghost to appear?, they see three shadows coming nearer and they become afraid, are these ghosts?, Tom finds out that the shadows are Injun Joe, Muff Potter and Dr. Robinson, they are there to rob a grave for the doctor who needs a dead body to study, Muff and Injun quarrels with the doctor for extra money that he refuses to give, they fight with him, the doctor hits muff to the ground, he fainted and Injun stabs the back of the doctor with Muff’s knife then he puts the knife in Muff’s hand and waits for Muff to wake up and tells him that he is the one who killed the doctor! Muff was drunk and believed Injun who tells him to run away, then Injun puts Muff’s knife beside the doctor’s dead body. Next night Muff returns to the graveyard to get his knife but the police caught him and he is jailed waiting for his trial. Tom and Huck feel sorry for Muff but they were afraid to tell anybody the truth, they are afraid of Injun Joe.

Tom, Joe Harper and Huck go to Jackson’s Island to play without telling anybody about it, they swim, run, fish, eat and even smoke, they heard noises to find that a lot of boats are near and people are searching for them, Tom is happy that they are now famous and all the people in the country are talking about them. Tom sneaks to the country at night and hears Aunt Polly and Joe’s mother crying and heard that there will be a funeral for them in the church on Sunday.
On Sunday the funeral starts and the minister says a lot of wonderful things about the boys, all are crying especially Becky Thatcher who couldn’t stop crying at all, suddenly Tom and Joe and Huck enters the church, people are astonished and it becomes a happy funeral.
The trial of Muff Potter begins and Tom couldn’t bear but to testify in the court against Injun, was attending the trial, he jumps from a window and escapes. Tom is afraid of Injun Joe and couldn’t sleep for days but slowly and slowly he forgets about it as Injun Joe doesn’t appear.

Tom and Huck go to find a treasure, they bring a pick and a shovel and dig beside an old tree, they find nothing then they go to an old house, they go upstairs to find a treasure then suddenly they hear a noise, two men enters the house, Tom and Huck watch from the upstairs through holes in the floor to find that one of them is Injun Joe who is digging to put some money and while he is digging, he finds a box of thousands of dollars and decides to bury it under a cross in St Petersburg. Tom and Huck wants that box but they don’t know where the cross is.

It’s Becky’s birthday, she decides to go for a picnic beside with Tom and all their friends and then go to MacDougal’s cave with candles to play all the way through the tunnels and rooms inside the cave. But Huck isn’t there with them, he is interested in the treasure of Injun Joe, he keeps watching an old house where Injun Joe hides, he stayed long in the street in cold weather and gets sick. Mrs. Douglas finds him in the street; she takes him to her house and puts him in bed. Tom and Becky get lost inside the cave, they are out of food and candles but fortunately they found their way out of the cave and returned home. People from the country close the mouth of the cave while Injun Joe is inside; he dies alone inside. In addition, people from the country find him after Tom has told them that he saw Injun while he was with Becky at the cave.

Tom and his friend Huck go searching for the treasure inside the cave where Injun died, they keep searching and digging until they find a room where Injun used to hide, they find a bed, a bottle of whisky and the box of money. They return to the village to aunt’s Polly house all the people from the country were watching and they become the richest boys in the country, twelve thousand dollars were in that box. 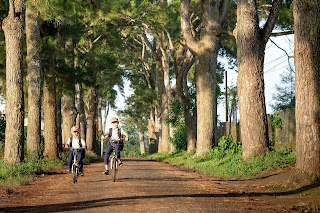