The author of the story is called W. W. Jacobs. He is a short story English writer. He was born in the year 1863 and died in the year 1943 at the age of eighty. The best story for Jacob is this story "The Monkey's Paw".

The main setting of this story is England.

1. Mr. and Mrs. White: They are a wife and a husband living in a family house
2. Hebert: He is the son of the Whites and he is an adult. He works in Maw and Meggins Company.
3. Morris: He is a sergeant major who has been fighting in India for 21 years. He is the bringers of the monkey's paw.

The story starts with Mr. and Mrs. White sitting in their home with their adult son Hebert. The time of the story was night. The family has been setting around a fire and speaking with each other. After a while, a relative visits the family. He is a sergeant major in the English army. He has been fighting there for twenty-one years. He brought a monkey paw from there with him. This paw is cursed and it can achieve any three wishes for the person who has it.
Mr. White buys the paw from Mr. Morris. The first wish that Mr. White wishes from the monkey's paw is getting two hundred pounds after Herbert gets to his work. In the night, one of Herbert work colleagues comes to the family and tells them that their son has died in an accident and the company would pay two hundred pounds as a compensation.
The family becomes very sad and the wife screams while the husband gets faint. They wish that they did not wish two hundred pounds for the monkey's paw. Mr. and Mrs. White decide that they would wish form the paw that their son would back to life again. They get to Herbert's cemetery and make the wish. After a while they get to their house and someone starts to knock the door. It is almost their dead son. The matter would be very terrifying that a person who has died in a machinery accident would come back to life again. Mr. White makes his last wish and the knocking on the door, stops. When the Whites open the door, they find none in the place.

Opinion of the Story:

This story is very interesting and enjoying. It is also a horror story that is full of fear and suspense. When I started to read the story, I did not leave it before finishing it. "The Monkey's Paw" tells that money is not everything. It also teaches that the best life is the normal life that one lives.

1) Noise: a sound, especially a loud, unpleasant sound.
2) Interest: the feeling of wanting to know more about something.
3) Soldier: a person in an army.
4) Quickly: fast or in a short time.
5) Afraid: to feel fear or worriness.
6) Paw: the foot of an animal, such as a cat or a dog.
7) Strange: unusual or not expected.
8) Wonderful: very good.
9) Carefully: to pay attention to what you are doing.
10) Quietly: doing something without much noise or activity.
11) Unhappy: not satisfied.
12) Accident: something bad that happens that is not wanted or planned.
13) Cemetery: a place where dead people are buried.
14) Machinery: machines, often large machines.
15) Downstairs: on or to a lower level of a building. 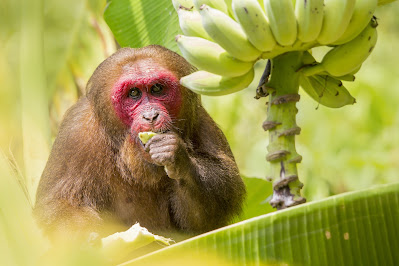