Qatar is considered as one of the Arab countries located in the region of the Middle East. Furthermore, it is situated close to the Arabian Peninsula. As for the borders, Saudi Arabia is the nearest country in addition to the Persian Gulf. On the other side, the governmental system in the state of Qatar is emirate which means that the Amir is the president of the country while the Prime Minister is the main person in the government.
Moreover, the Qatari economy contains different and various sectors like planning and methods of designing strategies based on centralization as well as governmental rules and laws. As a matter of fact, one of the main activities Qataris used to do in the past in order to revive their economy and be able to eat was pearl diving. Fortunately, this activity is still practiced in the state in order to attract more tourists and achieve progress and development. The following lines will involve pearl diving in details and the methods needed in order to increase tourism and attractions.

In fact, pearl diving used to be the main source of income of the country before the discovery of oil. Besides, oysters remain there in the state’s water bodies in order to form pearls provided with shiny amazing illuminant appearance. Despite the fact that pearl diving used to be a job for many Qataris, it is regarded nowadays as a sport or an activity in order to celebrate the old culture and traditions.
As for the history of this kind of activities, pearling used to be practiced by ancient people since 2000 Before Christ. Based on historic texts and studies, Mesopotamians are considered the first people to dive in order to search for pearls. Although Qatar didn’t gain its independence till the seventies, Persian Gulf offered the entire region and people who used to sell pearls the space to trade and do business in a short time. However, Japan was able to start huge operations and processes in order to collect pearls. Therefore, the market began to become full of goods and stock. Unfortunately, a lot of Qataris don’t have the ability now to practice pearl diving due to the reduction of international prices of pearls because of the recession that happened lately in the economy.
On the other side, pearl diving is regarded as hard activity because it is very difficult to find pearls hence almost one of ten thousand oysters could contain one pearl. Moreover, this operation requires a lot of ships full of large numbers of divers who work between one to six months so that they could collect great quantities of pearls. In addition, those divers have to tie their foots and their waists with ropes in order to have the chance to dive in and out of water quickly as well as not wasting a lot of time. What is more, they could put covers on their fingers and clips on their noses in addition to carrying bags so that they could collect oysters. Finally, some of the best talented divers feel very proud of themselves hence they are able not to breathe for more than a minute under water.

The Qatari government always does its best efforts in order to attract the attention of more tourists so that they could come and increase the income as well as the revenue of the country. From these efforts are the following:

Some of the festivals held in Qatar in order to honor the culture of pearl diving involve premiers for movies and films like Land of Pearls which its director is named Mohammed Al-Ibrahim. As a matter of fact, this film is considered as one of forty premiers broadcasted in these festivals. Moreover, the plot talks about how the culture of pearl diving vanished from the Qatari heritage. In addition, the story is narrated by a father who explains to his son the old times in the forties before the country gained its independence in the seventies. According to Scandar Copti who works as a DTFF programmer and a DFI education director, people there started to create new plots, stories and tales in order to achieve change in society and standards of living as well as reminding Qataris of their heritage and old culture.

This competition was held in order to enhance and increase the income in the field of tourism through creating a lot of great events that could be liked and impressed by many people. Based on what was mentioned by Mohammed Al Tamimi who works as the General Manager of GMFOC that stands for Qatar Marine Festival Organizing Committee “the organization responsible for preparing this great event”, the organizers confirm the fact that this competition would have a great opportunity to catch the attention of many residents, expatriates and foreigners. Moreover, another ceremony named Al Qafal which occurs at the Cultural Village would achieve a lot of success in reviving and reminding Qataris with the ancient rituals and performances used to be performed by ancestors. He also added that the next ceremonies and festivals would provide tourists with a chance to go to the places where divers dive so that they could know more about their lives and have a background about the dangerous work they do.

This exhibition is held in order to show visitors the various collections of pearls gathered from Arabian Gulf like Al Fardan and Al Majed. In addition, there is another collection which is the one related to Qatar Museums Authority hence it is considered as a unique one that contains a lot of pearls gathered from various mollusks. On the other side, this exhibition involves a necklace called Cristaux Perles.

To conclude, Qatar is one of the countries in the region of the Middle East that used to depend on pearl diving in order to increase its income and revenues. However, after the discovery of oil, this activity turned to disappear. That’s why the Qatari government began to do a lot of exhibitions, festivals and competitions in order to honor and commemorate this practice. On the other side, pearl diving reminds Qataris of their ancestors and ancient performances related to it like music, arts and poetry. On the other side, it is very important that the government focuses on enhancing and boosting its economy through honoring these practices in order to allow more people to know a lot about the Qatari culture and heritage. In fact, all these efforts have contributed in increasing the standards of living there as well as improving the standards of living. Therefore, it seems that Qatar is turning to be one of the greatest countries in the region and between other Arab countries.

Because pearl diving could be one of the amazing and least appreciated elements of culture in Qatar, the government needs to follow a lot of recommendations in order to improve this activity and provide people with more information about it. For example, the government has to employ experts in this field as well as divers in order to inform people and tell them about the procedures needed to be taken to do such a difficult practice. Moreover, they have to talk with them about the precautions required so that divers could dive quickly without facing any troubles or problems. By following these recommendations, Qatar would be able to revive pearl diving. 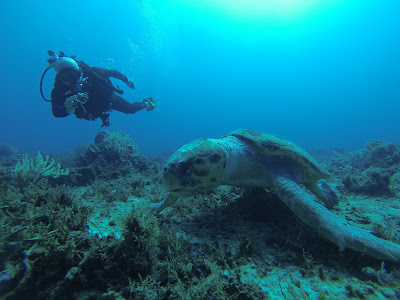