Author of Echo and Narcissus:

The author of Echo and Narcissus story is named Thomas Bulfinch. He was born in the United States especially in Newton in the state of Massachusetts in 1796 and died in 1867. Despite the fact that he rearranged and did the work of organizing psalms in order to demonstrate and explain the history of Hebrews, he gained his fame and reputation in the history of literature through writing and composing the “Bulfinch’s Mythology” which is regarded as a set or a collection for his former works and books: first: “The Age of Fable” or “Stories of Gods and Heroes” which were written in 1855. Second: “The Age of Chivalry” or “Legends of King Arthur” which were written in 1858. Third: “Legends of Charlemagne” or “Romance of the Middle Ages” which were written in 1863.

This story is considered as a part of the third book of Metamorphoses which is long poem narrated by Ovid about unreal and imaginary characters from the Greek mythology as well as events that experience a huge transformation and change. On the other side, the events of the story take place near the old Greek city named Thespiae in the republic of Boeotia existed in north of the African Continent. The story talks about a romantic relationship between Narcissus and Echo as the latter loves the former so much but he doesn’t care about her.

1. Narcissus: A youth who is too proud of himself. He attracts the attraction of nymphs which fall in love with him but he refuses them.
2. Echo: A nymph, which lives in the mountain and loves Narcissus so much.
3. Juno: The queen of gods and her Greek name is Hera.
4. Diana: The goddess of hunt, which likes Echo.

The story talks about a nymph named Echo which was always talkative and liked to have the last word. One day, the goddess Juno was looking for her husband who was having fun with other nymphs and neglected his wife.
When Echo knew about that, she assisted in making the goddess arrive late in order to let the other nymphs escape. When Juno found out the truth, she cursed Echo so that she didn’t have the ability to talk but only replying to others.
On the other hand, Echo fell in love with a youth named Narcissus who was really proud of himself and liked his own beauty. When Echo tried to show him her love, he neglected her and didn’t care about her. That’s why she began to lose her beauty and all her enthusiasm as well as fading and losing her beauty but she still had the ability to reply only.
As for Narcissus, he went to an amazing fountain in which he saw a reflection of himself and fell in love with it. Unfortunately, the reflection disappeared and he became sad and stopped eating till he died. When the nymphs, which were very sad especially Echo, went to bury him, they didn’t find his corpse but only a purple flower surrounded with beautiful white leaves.

This story contains a lot of themes from which there are: extreme pride and rejected love. The first theme talks about the feeling of proud of Narcissus to himself. He thinks that he deserves the attention and love of Echo and other nymphs. In ancient Greece, extreme pride was regarded as a terrible sin which lead to the falling of the person who showed it.
The other theme talks about how Echo wasted her whole life in her love to Narcissus who refused her. As for Narcissus, he turned to a flower after figuring out that the person he saw in the fountain was his own reflection and that he wasn’t able to show his love.

I think that the story is great although I had difficulties in understanding its themes and its motives. It discusses the disadvantages and consequences of self and excessive pride and how conceited people usually have bad endings. I liked also the feelings of Echo towards Narcissus in spite of the fact that I felt bad for her because Narcissus didn’t like her back. I believe the story is full of amazing events and it is really interesting. I would definitely recommend it to all my family and friends. 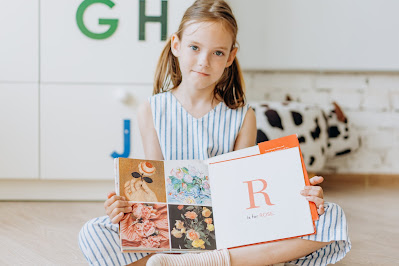