Characters of “A Little Princess”:

1. Sara Crewe: The heroine of the story, and a kind person who is good by nature. Sara has many qualities like being brave and smart.
2. Becky: She is a poor 14-year-old girl who works as a servant for Sara.
3. Miss Minchin: A villain woman who was very jealous and offended for others.
4. Ermengarde: A fat child with blue eyes and Sara`s best friend. She was loyal and honest friend to Sara.
5. Lottie: Little Lottie is a little brat. She was Sara`s friend and she loved her very much.

Setting of “A Little Princess”:

The main place setting of this story is Miss Minchin's boarding school in London.

Summary of “A Little Princess”:

The Happiness of Sara Crewe with Her Father:

At the beginning of the story, we can view the sweet and cute behaviors and actions between a little young girl whose name is Sara Crewe and her father, who was very unhappy about a certain event that is about to happen. This event turns out to become the issue that her father is sending her to a boarding school in London because she won’t be able to stay with him in India as this foreign country turns good children into bad and naughty kids. This could be a defect that the writer commits because it showed him as being racist.

Reaching the School of Miss Minchin:

Moreover, Sara reaches Miss Minchin's Seminary for Girls, which is considered as a fancy and adorable boarding school managed by a very strict old maid called Miss Minchin. Sara’s father purchases for her lots of fancy and lovely clothes and toys, from which there is a doll called Emily, and then goes back to India again. Miss Minchin treats her very well because of the fact that she's rich, but she dislikes her deeply because she's smart and independent and Miss Minchin hates that anyone could threaten her especially a little girl.

In addition, Sara starts to find good friendships with a girl called Ermengarde and well treats another little girl named Lottie. Moreover, she finds friendship with a maid called Becky and astonishes each one with her amazing understanding of the French language. Then, on Sara's 11th birthday, Miss Minchin designs a big party and Sara purchased an enormous doll which she calls "the last doll". Nonetheless, as she is celebrating and having fun, her father's attorney comes to the boarding school and gives Miss Minchin some bad news which is that Sara’s father is dead. Minchin becomes so angry because her father didn’t pay her money, but she is very happy because now she can hate Sara without concealing or hiding it.

At night, Sara turns and transforms from the richest child at the school to a maid, who is obliged to sleep in a small attic room and do all the housework. Somehow, she manages to survive through inventing imaginary stories, making friendship with a rat, and making conversations with a doll. In spite of being poor, hungry, and cold, she still has the ability to behave like a princess, giving out charity and talking proper and well English. At the same time, her neighbors who are considered as a large family and a rich neighbor with an Indian servant are watching Sara, who they find very weird and unhappy. But something strange and interesting happens. The Indian man turns out to be looking for the child of his friend, Ralph Crewe, who was also considered as his business partner in diamond mines.

Indeed, the child of his friend is going to become very rich when this Indian guy finds her. The name sounds familiar: which is Sara’ father. Unfortunately, the man is absolutely on the wrong track, looking in France and Russia. At the same time, on the other side of the wall, Sara has put herself into trouble. Miss Minchin punishes her in a very harsh way and has taken away her food.

Sara goes to bed starving and sad, but when she wakes up in the morning, she sees that someone has visited her room and bought her a lot of nice things: a warm fire and filling food. Then, one day, Sara returns a monkey to her rich neighbor's house. When she arrives at his house, the man and his attorney discover that she's Sara Crewe. Sara comes to live with the man and receives her money left by her father, and Miss Minchin is really unhappy when she discovers she has done a very awful mistake in treating Sara in a bad way. Therefore, the lesson taught from this story is that the good are rewarded and the bad are punished.

Themes of “A Little Princess”:

The main themes of the story are isolation, friendship, suffering and courage. There are also other themes like society and class, poverty and transformation.

Analysis of “A Little Princess”:

The story of "A Little Princess" teaches us a moral lesson of treating poor people and being kind. The impressions of the story do not stop on that limit as it implies a significant example in friendship, braveness, smartness and true nature of good and evil. 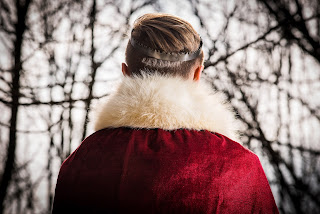