Setting of "A Midsummer Night's Dream":

In fact, the events of "A Midsummer Night’s Dream" story take place in Athens where Duke Theseus is preparing his castle for a fancy wedding. Although Athens is a country that is full of celebrations, ceremonies and festivals, it is also a place in which law and order domains and controls all the aspects of life. There, one of the fathers asked to execute his daughter because she refused his orders to marry a man chosen by him. Later, this daughter escaped to the forests with the man she loved as woods are controlled by fairies in a magical and wonderful world.

The king of Athens who is preparing for his marriage.

Hermia’s father who wants to execute her because she refuses to marry a man chosen by him.

The man with whom Hermia falls in love.

Shakespeare begins his story with the preparations of King Theseus and Hippolyta for their marriage in Athens. Then, a father named Egeus enters the castle accompanied by his daughter who is named Hermia and two handsome men: Lysander and Demetrius.

As a matter of fact, Egeus orders Hermia to marry Demetrius because he loves her so much while Hermia wants to marry Lysander as being the man with whom she falls in love. Therefore, Hermia refuses her father’s orders and he asks Theseus to kill his daughter by executing her. As for the King, he chooses to give Hermia a chance to think carefully in her opinion because taking this decision would lead to her death.

Hermia and Lysander Thinks at Escaping:

On the contrary, Hermia and her love Lysander think in a plan to escape from the castle to the woods so that they could get married in the house of his aunt. Furthermore, they tell Hermia’s friend named Helena about what they thought. But because Helena loves Demetrius so much although he left her after seeing Hermia, she tells him about the plan of both Hermia and Lysander in order to make him fall in love with her. As a result, Demetrius follows Hermia and Lysander into the woods and so does Helena. As for the life in the woods, it was dominated by the queen of fairies called Titania and the King Oberon.

Oberon wants Titania to Be His Knight:

One of the Indian mothers granted Titania her son, and she was very pleased with him but Oberon wants this prince to be his knight. Titania refuses so in order to revenge from her, Oberon sends his servant Puck to bring him a magical flower. The juice of this flower could be poured in anyone’s eyelids in order to make him fall in love with the first person he meets. So that he could offer Helena the help because of her suffer from Demetrius bad treatment, Oberon asks Puck to but some of the flower’s juice on Demetrius eyelids while he is asleep.

Unluckily, Puck sees Lysander and he thinks that he is the chosen person so he pours the juice on him. Ironically, Lysander awakes and meets Helena with whom he falls in love. At the end of the day, both Lysander and Demetrius love Helena who thinks that they degrade her. Then before the beginning of sunrise, Puck pours the potion on Lysander’s eyelids and everything turns as it used to be. At the end of "A Midsummer Night’s Dream" story, Lysander marries Hermia and Demetrius marries Helena and fairies bless them with a charm to protect them from evil powers. Then, they disappear.

According to my opinion, I believe that "A Midsummer Night’s Dream" story is really entertaining and amusing as it is full of romance and its end can’t be expected at all. In fact, I never thought that Demetrius would marry Helena and Hermia would marry Lysander. So this was very surprising for me. Furthermore, I think that Shakespeare did a brilliant job in writing this play because it is full of comedy, romance and adventure as he mixed all these elements in order to produce this amazing product. 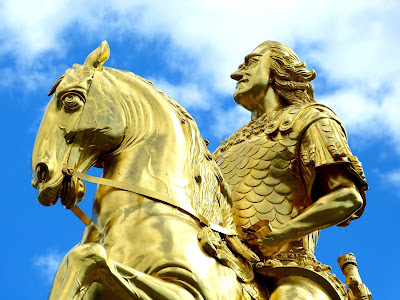