Acid Rain Effects on Humans and the Environment

Acid rain became one of the most dangerous phenomena that impacts the existence of human beings. The terms 'acid rain' refers to all forms of precipitation with acidic pollutants, which fall from the atmosphere in dry or wet forms. Among the most significant causes of acid rain is fossil fuels such as coal and gas oils because it produces carbon, nitrogen, and other harmful oxides. These toxic oxides react with moisture within the atmosphere and form nitric and sulfuric acids. Therefore, these acids are conveyed to earth by rain, which then is called, then, acid rain. Acid rain affects everything it touches; it removes calcium from soils, destroys the essential nutrients of plants, and acidifies lakes and rivers. So, acid rain is a severe problem that threatens human health, food and water supplies, and the ecosystem of the planet.

One of the crucial impacts of acid precipitation is its consequences for human health. Although acid rain does not have a direct effect on human health, its indirect effects are hazardous. The leading cause of these harmful effects is the pollutant compounds of acid rain, such as sulfur dioxide and nitrogen oxide, which are conveyed by winds and penetrate the human respiratory system and causing severe diseases. According to Pisupati (2018), gases which form acid rain, interact in the atmosphere, and produce tiny toxic particles that studies have linked with premature death from heart and lung disorders. In other words, human exposure to the airborne toxic components of acid rain elevates the premature mortality rates by increasing respiratory inflammations and chronic diseases such as asthma and bronchitis. On other hands, the impact of acid rain on plants increases the degradation of air quality which also worsen the respiratory health problems in human.

Furthermore, acid precipitation can convey toxic metals to food and water, which causes adverse health problems. For clarity, by acidifying the soil, acid rain leaches heavy metals and transport it to water sources; hence, these metals find the way to the human body by drinking water. Singh and Agrawal (2008) stated that heavy metals such as Al, Cd, Zn, Pb, Hg, Mn, and Fe are liberated from the acidified soil by acid rain and get into to the human body through food and water causing myriad health problems such as cough and throat irritations. As can be seen, health hazards due to acid rain can inflate the cost of medical services significantly and hinder any attempt to enhance healthcare services, especially in impoverished countries. As an illustration, in Africa, any spread of dangerous respiratory diseases can increase the hospitalizations needed to such cases, which makes authorities allocating healthcare budgets to face these threats only without the ability to provide the other healthcare services.

Effect #3: Harming the Quantity and the Quality of Crops:

Acid rain can also become a severe threat to food and water resources. The negative impacts of acid rain on plants and soil reduces crop yields and their nutritional values. Hence, it affects the quantity and quality of crop production. Wang, Liu, Niu & Fu (2012) stated that acid rain harms the protective wax of plant leaves, changes the cellular biochemistry of the whole plant, reduces photosynthesis, increases nutrient loss from leaves, and disturbs the water balance and enzyme activities. Accordingly, the impact of acid rain on plants may hazardously impact global food production by reducing crop yields. As an illustration, by shrinking crop yields, acid rain makes the grown food does not meet the regional needs, which leads to food shortages and famines in developing countries. Therefore, combating the causes of acid rain may be one of the effective ways to combat the global food shortage.

In the same way, acid rain impacts water resources. Generally, water sources such as streams, wells, and lakes, have balanced pH levels, but acid rain disrupts this balance by making water resources more acidic and increases its levels of heavy metals. When human drinks water from these sources, the harmful metals begin to accumulate in the body, causing various health problems, especially for elderly and children. According to Rothschild (2019), Scientists found a significant role of acid rain in releasing heavy metals, such as aluminum, from soils into freshwater systems, which considered one of the most destructive impacts of acid rain. Thus, acid rain consequences may be disastrous for water-scarce countries because it worsens the crisis of pure water availability. Therefore, acid rain is not merely an environmental issue because it has many economic, social, and political consequences.

Effect #5: Disturbing the Balance of Ecosystems:

Another negative impact of acid rain is disturbing the ecosystem's balance. As mentioned above, acid rain can convey toxic metals and compounds to humans, animals, plants, soil, and water resources. Hence, it can reach all the ecosystem components and influences it in a way or another. Brimblecombe, Hara, Houle, & Novak (2007) stated that Sulphur and nitrogen compounds of the acid rain phenomenon cause plants and animals disappearance, forest damage, water acidification, and soil depletion, and other environmental phenomena such as climate change. Thus, acid rain can damage some parts of the ecosystem and impede its normal function. For example, the catastrophic impact of acid rain on plants and forests can change the form of wildlife by driving animals to new locations, which not only disturbs the balance of animals’ communities but also threatens other ecosystem elements such as food chain and co-exist functions.

Acid rain also impacts the aquatic environment and marine life negatively. As mentioned above, the toxic aluminum and other heavy metals that are leached from the soil by the acid rain may stress fish and other aquatic animals at high concentration levels. Bhargava & Bhargava (2013) stated that acid rain might harm or kill fish and cause other disorders such as fish population numbers reduction, fish species elimination, and biodiversity loss. Thus, the ecological effects of acid precipitation are considered very disastrous since it has a cascade of indirect impacts that threaten the whole life. For example, the impact of acid rain on fish may also impact the world fisheries and aquaculture. Hence, it worsens food shortage problems.

To sum up, acid rain is a perilous issue because it can impact many aspects of life negatively. Firstly, it can influence human health in many ways since it contaminates the air and reduces its quality, which harms the human respiratory system and causes many heart and lung diseases. Besides, it releases toxic metals into water sources, which toxifies it. Secondly, acid rain reduces crop yields and acidify the water resources. Thirdly, it disrupts the ecosystem's balance and leads to many adverse environmental phenomena in the wildlife and the aquatic environment. So, governments should realize the destructive impacts of acid rain and how it exhausts Earth, and adopting alternative methods to reduce pollution, such as using clean energy and green technologies in the industry. 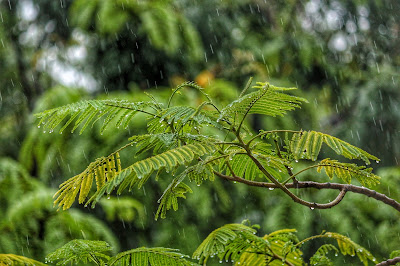