The concept of charity is existed inside everyone, but the person should empower it by practicing many charitable acts. All religions in the whole world are called for charity, as it is the foundation of justice in any community. Despite the benefits that are offered to the needed persons for charity, several benefits are received for the givers.

Charity work is a comprehensive meaning to everything that is given free without any return. It includes material things like money, food and water or feelings like loving people or offering them sympathy. “Charity begins at home; we only have what we give; charity is giving more than we can afford” (SOS Children's Villages). Charity gives the person who practices it a sense of happiness and satisfaction as well as inner peace because when this person shows the impact of his or her charity towards the needed person solve his or her problem or situation it gives by nature a sense of happiness to the charitable person.

Charity has several shapes like helping the poor, patients or women with money. Food charity is one of the most important charitable way of helping others. According to Bhagwan, “When someone comes to your home, give whatever you can. At least he will live today, and that is what matters”. This is through feeding a hungry person or buying food and offering it to a charitable organization that is responsible for feeding poor people.
Another aspect of offering charity is through teaching illiterate people how to read and write to help them in getting good jobs and enhance their living conditions.
Money is one of the most used means among people as it facilitates the way people can think what they should give the poor people as a kind of help. The last but not the least aspect is the charity of medical care, which is the most powerful aspect among the others because by helping in getting medicines to poor people the more the person saves several lives and families. Therefore, charity is a concept that should be found inside each one of us as it has benefits and advantages.

Paragraph about Importance of Charity:

Charity has many advantages for both individuals and communities. Individually, charity makes person feel with inner comfort and satisfaction. Socially, it increases amity and love between all ranks of the society. The concept of charity has a great impact on the person who practices it as well as for the needed person and even on the whole community. A study that made by a university of Oregon professor elaborates that charitable giving can create a response in the brain that looks like the one activated by drugs, this activates the reward center of the person’s brain. The charitable concept gives the person a sense of happiness as well as satisfaction that helps him or her on continuing their life and improve it.
For the community, charitable act can help in saving the community from the violence acts that take place in the streets by the poor uneducated people. Therefore the charitable acts by giving money or educate the illiterates can reduce the rate of the violence in a community. According to the people who receive money from others, they can improve their living conditions through the charitable acts that shaped in money or medical care or by education or other different things according to the needs. McCoy told that “The emotional, social, psychological, and financial benefits of charitable giving often outweigh the satisfaction”.

The concept of charity is preached by all religions of the whole world. It is the way of bringing justice to society and justice is the main concept in Islamic religion. Therefore Islam divides the charity into two forms; obligatory and voluntary, which are known as Zakat and Sadaqah. Zakat, comes from the verb “zaka”, which means "to thrive," "to be wholesome," "to be pure" means purification. This act of Zakat is shown as giving part of one’s money to help others that need help to secure their lives and that according to Islam means that God is the main owner of our livelihoods and the one should give part of this livelihood to the people who need it to achieve justice in a community.
According to Abdullah ibn Umar, the great religious scholar of the first phase of Islam, "If the zakat levy is insufficient to meet the needs of the poor; then it is the duty of the rich of every town to put the poor on their feet”. A shining examples of kindness set by the pious caliphs. Once when the Prophet commended them to offer sadaka. Umar bin al Khattab brought half of what he owned of his portions, but only to find that once again Abu Bakr had outdone him by giving away all that he had.
Another example that shows the way that Islam respects the concept of Charity is through the best generous man in the world Prophet Mohammad. He used to offer with his own hand. When people asked him for anything, he never refused or neglect their needs. Further, if he did not own anything to give for the people, he would borrow from one of his companions and pay him later. All this shows that Islam is the religion that praises charity and realizes its importance in the community as it leads to justice. According to Khan, “Charity, preached by every religion of the world, is a way of bringing justice to society”.

The abuse of charities happens when the control over the charities is not applied by the governments. Many tax payers defraud governments through making charities in order to not paying their complete taxes or to build good relationships with the officials. This abuse is not benefiting communities but it hurts it as when these taxpayers do not pay their complete taxes, the services that are provided through the taxes get affected negatively. According to Justin Forsyth, the CEO of Save the Children, the existence of celebrities in the actions of charity is important as their known face encourage people to donate for charitable organizations, yet they sometimes abuse the concept of charitable acts by escaping from their responsibilities towards charity. “Of course the celebrity touch isn't everything as every charity needs to have a clear and convincing message” (Stanford and Forsyth). 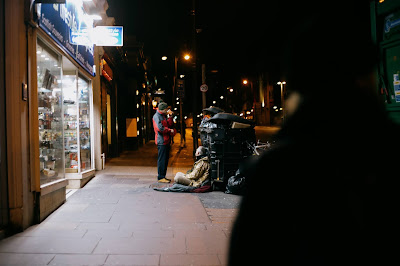