Compare and Contrast Two Companies in the Same Industry

The main aim of this essay is to make a comparison between two well-known companies, which are Shell Company, and Britain Petroleum. This comparison is established to represent the differences in the strategies of each company.

Shell Company is established in the early 19th century. Its headquarter is in The Hague, the Netherlands and the mother company of the Shell group is Royal Dutch Shell which is established in 1907. The strategy aim of Shell company is based on promoting their position among other petroleum companies and becoming the leading company in the oil and gas industry. While their main aim is to meet the needs of global energy in ways that are economically, socially, and environmentally sustainable.
On the other hand, Britain Petroleum Company is one of the five largest oil companies in the world. Its headquarter is in the United Kingdom as it is the pioneer of the Middle Eastern oil industry. Its main strategy is to provide the greatest quality of oil and gas to its community and even for the complete global. However, they aim to create significance across the hydrocarbon value chain which can be made first through exploration and ends with the supply of energy and other products essential to daily life.

Both companies use many strategies to achieve their goals in the market and among the other companies. For that the strategies of Porter, which include three main strategies: cost leader, differentiation, and focus. Cost-leadership is the strategy that is adopted by companies like Shell and Britain Petroleum to achieve the aim of record a high value of sales by the aspect of competition on price. The focus of the companies is to achieve leadership in the market of oil and gas as well as petrochemicals. However, to ensure that their product is going to be sold, they stress on enhancing the quality of the product. Differentiation strategy uses when the product of a company meet the needs of specific customers in the market.
According to Shell company they use to reducing the cost budget by 30 percent and enhancing their product by using new techniques in marketing oil and gas as well as promoting their services for the consumers. On the other hand, Britain Petroleum is used for providing the market with different products such as bitumen and LPG and active gas power, and solar power generation. Moreover, it lows its total cost of operations to the minimum average by cutting jobs and coast. Therefore, it regards as the low coast leader among other companies as it focuses on maximizing profit by cutting coat of operations.
Both companies Britain Petroleum and Shell companies use the differentiation strategies but the one that is mostly used is cost leadership because they are involved in many energy markets. Despite both companies working on enhancing and increasing their product lines, they are not yet achieving the top in the energy markets that can make the customers determine which companies’ products and services are the best.

Miles and Snow typology is categorized into four strategies that are Prospector, Defender, Analyzer, and Reactor.

It is a strategy that is used by innovative companies that is aimed at obtaining new markets and opportunities. It directs toward growth and risk-taking. This strategy is used by both Shell and Britain Petroleum companies as their firms establish on inventing new ideas and services to meet the needs of the markets as well as the customers. Their main aim is to direct toward being the leader companies in energy sources among other companies. For that, they use the aspect of taking risks, as it is a basic aspect for any company that wants to be the leader in its field.

It is a strategy that is used by companies, which prefer both maintaining market share and seeking to be innovative, but in the part of innovation it seems to be not like the companies, which use the prospector strategy. According to the companies of shell and Britain Petroleum, they use the analyzer strategy when the atmosphere of the markets of oil and gas are stable. They both use to maintain their position in the market and at the same time, they use to enhance and develop themselves to begin to interact again in the markets to achieve their goals as to be the leaders in their field.

This is the last strategy created by both Miles and Snow to help organizations and companies to determine which strategy they have to use at their recent time according to the environmental conditions of the markets, which surround them. This strategy is used by companies, which have no reliable strategic method. It can react with the environmental events but it failing to influence these events. The largest two companies; shell and Britain Petroleum do not use this strategy, but they also study it to be ready for any condition.

Companies’ Strategies of Shell and BP:

Each company has its strategies that can be used in order to help in achieving its main goal. These strategies are included their state mission, their vision, the products which are produced by each company, services that are provided by the companies, pricing policies that are used in comparing to the competitors, news of cost-cutting measures, and their innovative products.

Both companies have the mission that make them submit all their services to support this mission which is to produce and delivering oil, gas products, and services that meet the needs of the customers and markets. However, besides the production of oil and gas, the Britain Petroleum company is also specialized in the production of the petrochemicals substances that enters many filed. Moreover, they aim at constantly achieving operational excellence. Finally, they always searching for an innovative and results-oriented team who motivates in delivering new ideas and notions.

Both companies need to be the leader in their field but shell wants to be the top-performing company as well as an admirable refinery in Asia while Britain Petroleum wants to be globally, the leader company in the oil gas and petrochemical products.

Shell Company offers many products and services to its customers as well as suppliers. They offer transport, heating, industrial fuels; oil, and gas. Shell provides fuel for almost 7,000 aircraft in 40 countries. Shell is a premium company in producing bitumen solutions. On the other hand, Britain Petroleum Company provides petroleum products like shell but according to the services, it offers fuel cards for the rich consumers, leading them to fule their car with gas any time. BP Company has about 2,500 service stations that help in providing gas for cars as well as many other services for the consumer’s cars.

Shell Company tries to compete with other leading companies in oil and gas companies, as it uses the strategy of cost leadership, which means that the company provides good quality of its product in comparison to a low cost for the product that makes customers seriously take this opportunity. Similarly, the Britain Petroleum company uses the strategy of cost leadership to attract customers to buy its products that lead to high income for the company.

According to Shell it uses to reduce a total of 10,000 workers across its companies to low the cost. According to Britain Petroleum Company, it tries to reduce the costs of their companies to achieve their goal. Innovative Products: Shell Company is working on finding new energy that can stay longer than the current energies. Similarly, BP Company tries to find a new power that can live longer than the current one as the natural sources which it depends on are non-permanent. 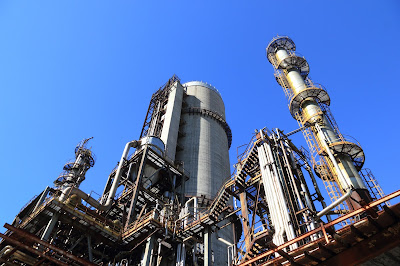