Comparing two stories is very important and interesting as well. The reason backs to identifying how different minds could present the same ideas literally. In fact, the use of the science fiction is presented greatly in Goodman Brown and the Wife’s story. Nathaniel Hawthorne is an American writer born in Salem, Massachusetts on July 4, 1804. He is the son of Elizabeth Manning and Nathaniel Hawthorne. However, Hawthorne use of science fiction, mostly in his short stories, was sometime confusing as it makes the reader wonder to which category of fiction does this story belong? And the best example is “Young Goodman Brown” which delivers many alternative explanations of its dramatized historical action, stretching from realistic- historical fiction; the seemingly interesting events are just a Puritan dream, expressed through science fiction, which is psychological processes in order to give a different form to external reality, along with fantasy, the Devil and witches’ rituals have had objective reality. To describe a story like “Goodman Brown” as science fiction is considered an extension to the term beyond any practicality and raise unproductive problems of the definition. A lot of Hawthorne’s work, however, is perfectly belongs to the science fiction definition.
For, Ursula Le Guin, she is an American writer born on October 21, 1929. Her work has often portrayed revolutionary and imaginary alternative worlds in politics, natural environment, gender, religion. Le Guin was influenced by fantasy writers including J. R. R. Tolkien, by science fiction writers including Philip K. Dick, who was her classmate in high school. Le Guin used the creative flexibility of the science fiction and fantasy genres to start the explorations of both dimensions the social and psychological identity and of broader cultural and social structures.

For the elements of Science Fiction used in the stories, in Goodman Brown, the author used science fiction in order to express complicated issues in the reality which is faith, hypocrisy. "Young Goodman Brown" is a dark story written in the form of symbolism. In the story, Brown thought that his community was honest in their devotion to God. Moreover, Brown believed he had a strong Puritan faith. But, the journey we were taken on, through the dark gloomy woods of Salem, exposed to the reader that Brown was not as strong in his faith as he thought himself to be. Also, the respectable people of the town were not who Brown expected them to be. Brown was confronted with temptation, in which he would have several chances to turn back, but his curiosity finally took over.
The type of the characters in the story serves as a science fiction element, such as the mysterious traveller, who appeared for Brown in the gloomy forest from nowhere and turned to be the Devil himself. The author wants to handle the weak faith of the humans represented in Brown and their weakness in front of the temptations of the Devil. Also the witches, who were supposed to be respectful people in the village, appeared to be evil servants of the Devil.

Compare and Contrast the Supernatural Elements:

The supernatural element also was present in the story starting from the man who appeared to him from the middle of nowhere and even that man turned to be the devil himself, who is also may be representing the dark side of Brown. Also the walking stick that the devil was using was like a living snake. The stuff, the devil presented to Brown to use it in order to move faster and deliver him to the ceremony. In fact the whole story appears to be exaggerated and unbelievable, yet the author succeeded in expressing the temptation that the humans face in their life and how these temptations might force them to lose their faith.

The setting of the story, in early American Literature, the forest is the place of the strange and aggressive (Indians) and is also seen as the home of the devil. Also we do not really know if the events happened for real or it was just a dream. This forest was the perfect setting for the mysterious and terrifying journey that Brown, may, have made that night. Finally, at the end of the story when Brown has return to the village, he left the forest physically but remained trapped in their mentally for the rest of his life.
As for the “Wife’s Story”, the whole story belongs to the category of science fiction and fantasy. The story handles the normal and happily family life from the perspective of the wife in the family. She was taking about the great love she holds for her husband and how good he is, then a great twist of the events happened. Type of the characters; almost all the characters are from the fantasy of the author, for example the wife and the narrator of the story turned to be a wolf, a talking wolf. Talking animals in stories are completely fictional and from the imagination of the author. Also the husband, who we thought could be a werewolf turned to be half human representing the dangerous creature that the wolves are afraid of. The supernatural element is represented almost in the whole story, as all the event of the story can’t be true. First, there are no taking animals in reality. Second, the werewolves also are supernatural creatures. The setting of the story is the woods which are the best and preferred place for the science fiction and fantasy writers to place the events of the story in, as it adds more mystery and excitement on the story.
Science fiction is achieved through a number of elements some of it was achieved in the two stories such as the type of the characters, the supernatural events and the setting of the story. But there are other elements of science were not used in the two stories such as, the time travel, space setting and events and alternative history.

It is notable that both stories were not affected by the absence of the mentioned elements because the movement of the events didn’t need any of it. Each science fiction story needs some of the elements in order to deliver its message not all of them gathered. The historical time frame contributed a lot in supporting the story as an example of science fiction.
After the Industrial Revolution, the world becomes more mechanized and new expressions and concepts appeared and dominated the picture. So the writers invited this genre in order to express some social and political problems in real life through fantasy. It is also believed that the science fiction genre is a sort of escapism from the harsh reality. Thus, these two short stories give a great example of the use of the since fiction. 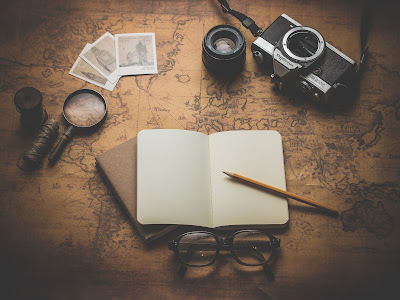