Why did you choose to read this particular book?

I chose to read this particular book because it is full of four different stories and each one of them has various characters and new lessons that we need to learn.

Provide some details about the author.

The author isn’t determined in the book. However, it is retold by Clare West and written by various persons such as Jackee Budesta Balanda and Jack Cope.

Provide some details about the historical/social context.

The events of the story takes place in Africa especially the first one which its events occur between Africa and Greek. In fact, the book contains four different stories about four African people and how they meet with other nationalities as well as dealing with them.

Give a brief short summary of the story.

In the first story, it talks about an African man, who is on a flight to his home Africa. Suddenly, the flight stops in Greece and there he meets a young girl who is poor and engaged to a rich Greek man. Although she is sad about this engagement, she tells the African man that she decides to get married to because she has to and she doesn’t have other options. In the second story, an African man meets an Indian girl in a pub in India and although it is forbidden for her to dance with strangers, she dances with him. Although her mother refuses the relationship between her daughter and this man because he isn’t Asian and is too old, her father agrees. Then, he dies and leaves her to determine her future with her family. In the third one, An African girl named Atita returns to her home to find her friends. Then, she discovers that one of her friends named Laker is in the hospital but is not able to remember her because some soldiers shoot her. At the end, Laker remembers Atita and they become happy. In the final story, a man is nervous because he is bald and he meets a blind man. This blind man says that he will help the first one in killing himself. Then he drives the car and the police come to find out that this blind man is not blind. So, he let the two men go. At the end, they open an agency to tell people that being bald isn’t bad.

Discuss four events in the story that you found most interesting.

Event 1: when the blind man and the bald man decided to start an agency to tell people that baldness isn’t a bad thing.
Event 2: when Atita meets her friend Laker and both of them become happy at the end because they were able to meet each other after these years.
Event 3: when the African man decides to stay in Greece to enjoy the culture and beautiful places there and when he meets the poor Greek girl.
Event 4: when the Indian girl decides to break away from her family because she wants to have a relationship with the man she likes.

Who was your favorite character? Give at least 3 reasons why.

Discuss at least 3 lessons you learned from reading this book.

First: I learned that sometimes, traditions and cultures in certain countries hurt people there and don’t have benefits. Second: I learned that having defects in our bodies is not a bad thing and we must not be ashamed of ourselves. Third: having the chance to meet new people is really a good and beneficial thing.

Would you recommend this book to others? Why or why not?

Yes, I would recommend it to others because it is really interesting and full of various stories. Besides, it talks about unknown continent by many people which is Africa. 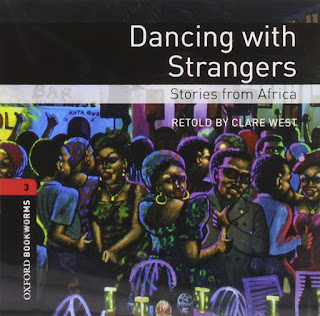