Education is Important to Society Because

Education Is Important to Society Because

Education is the best value and the most effective tool that one can have to help him in his life. It is not necessary that education should be through schools or universities. Many people could become models and good merits in life like Malcolm X without getting to schools or universities. When education becomes an aim and not a mean for gaining money, nations can be promoted and people can feel with prosperity and development.
Education is the weapon through which can face the difficulties of life and all the challenges with faith and will. For all these reasons, people should care about their education as the level of education reflects the level of awareness that one has. Many people say that education should last even after finishing schools or universities education. This kind of education or learning is called self-education. This education is built on the personal will to improve himself and gain more skills. In fact, education can change one from imprisonment to freedom, from ignorance to knowledge and from darkness to enlightenment.

It is a fact that the imprisonment is not the imprisonment of body but it is the imprisonment of thoughts. That is to say, ideas do not die although bodies do. Many people have started their lives without a meaning or a specific target. They just wanted to live only for living not for anything else. These people have ended their lives with their names up and high because they knew the target of life. Self-happiness and self-peace requires knowledge and freedom of thoughts.
That is to say Malcolm X was one of the people that could escape out from his thought imprisonment to the freedom of knowledge. Many people do not have the freedom they deserve. These people believe rumors and adopt many bad traditions like racism. To stand against such people, one should be well-educated and he should depend on science as a vital weapon. People do not take the educated models as leader because they see they are educated, but because these leaders search for the common interest of the rest of the community.

Ignorance is the worst thing in the world as it causes the blindness of the heart and the sight. The main reason of this ignorance is the laziness and the unwillingness of searching and learning. It is a fact that learning is based on efforts. By the time, learning becomes like a habit and a desire like food and drink. The lack of reading is the main reason of learning which starts with a pen, a book and a notebook. Reading eliminate gloom, darkness and uncertainty (Penny, 1833, P.46).
On the other hand, the people who reads a lot are the most cultured people because they know many things. Every time one reads a book, he adds a new experience to him. This experience is the experience of the original writer of the book who has spent his whole life gathering information and passing situation to put it finally on this book. This is very great that with so few money that is represented on the book price, can add an experience of many passed years.

Darkness is the main reason for nations’ backwardness, misery and poverty. This darkness happens because there are many countries, which do not spend much money on education applying old methods of education. Afterwards, people’s darkness will be reflected on nation’s darkness.
Philosophers like Descartes, Kant and Bacon led the enlightenment age in Europe causing most of the countries to therein to intellectual revolutions. In a country like the United States of America, there were many examples that could change the history of the country. Malcolm X was one of these great people. He could searched for the black people rights with his self-education and self-awareness. He was able to help the black men (X, 2009, P.77).

To sum up, education is the strongest mean of thoughts freedom and brains liberation. This is because education raises the awareness of people and make them able to participate on their nations’ development. If one searched for the reasons of any backwardness in any country in the world, he would find that the bad education and ignorance are the main reasons. Bad education means the lack of teachers, engineers, scientists, judges and preachers and this leads to the demolishment of base and infrastructure in countries.
The industrial revolution that has started in Europe and led to it development was because of the invention of the machines. Of course, scientists made this invention. Scientists and inventors who either were educated in universities or depended on themselves on education are the people who made all the facilities and staffs people use now. Education is not mean but it is a main target and aim. 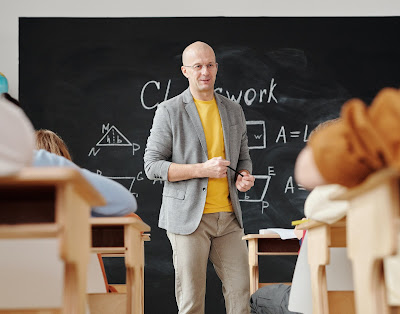